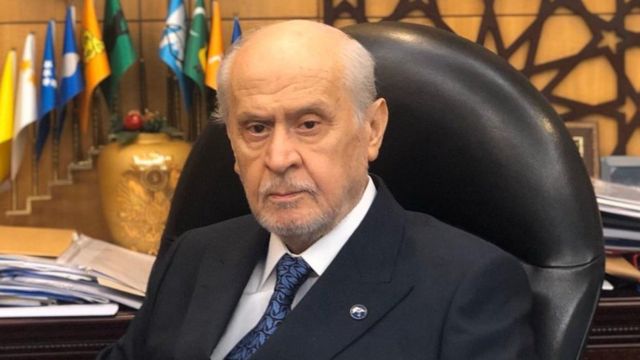 Nationalist Movement Party (MHP) leader Devlet Bahçeli on Jan. 17 called for holding the elections in May and said his party was ready for early polls.

“Let’s finish this work in May and give the word and decision to the blessed will of our beloved nation,” he said addressing the MHP members in parliament.

The MHP is ready for the presidential and parliamentary general elections, which are on the agenda next spring, and he believes in success of his party, Bahçeli said.

“It is known that we entered the election process as of Jan. 15, and thus we decided to intensify the election preparations even more,” the MHP leader stated.

Bahçeli said their “well-intentioned determination” is that debate when the presidential and parliamentary elections will be held must end as soon as possible and that the appropriate date is determined by consensus.

“It is our expectation of a date regarding seasonal conditions,” Bahçeli stated citing to the government’s plans to pull the election dates forward due to people’s seasonal movement and university exams in June.