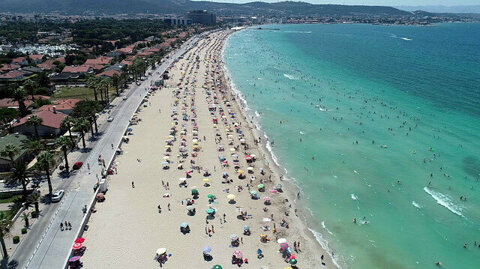 Resorts around the world are looking to attract travellers from other countries to replace Russian travellers.

Tourism destinations globally are seeing a significant hit to their economies as Russians stay at home due to war-related sanctions, with possible long-term effects on international tourism.

This comes as European countries with Russian borders say they may ban all Russian tourists.

Russians were the world’s seventh biggest tourist spenders before the pandemic, splashing out US$36 billion annually.

Upmarket Vietnamese hotels, previously popular with Russian tourists, are almost empty or have been sold. The tour guide business has also been affected.

Nha Trang isn’t alone. In Thailand’s resort Phuket, shops and bazaars would normally be bustling with Russian tourists. Hotel companies remain uncertain about their future after many Russians cancelled their holidays when Russian airlines suspended flights to Phuket in March 2022. While foreign arrivals represented 59% of arrivals in Phuket airport before the pandemic, this figure was 35% in the first half of 2022.