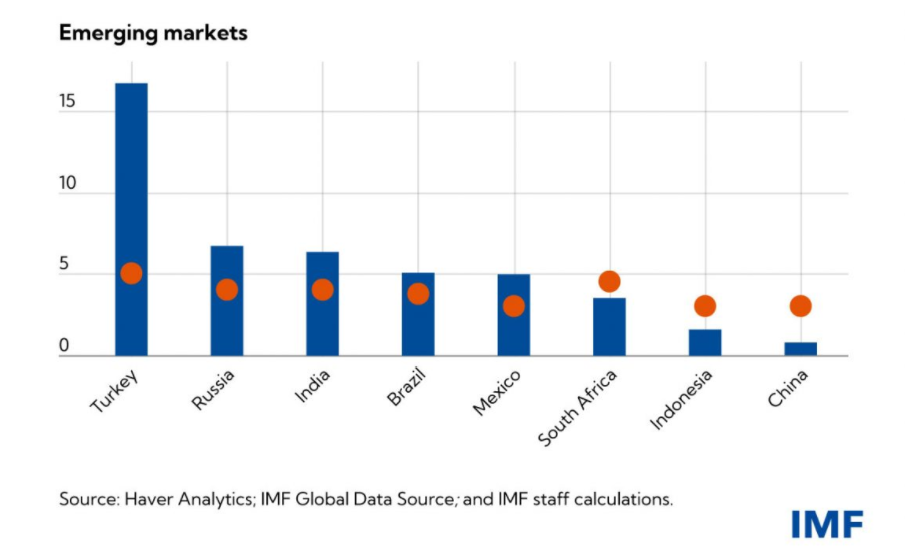 IMF recently published a blog titled “Addressing Inflation Pressures Amid an Enduring Pandemic”, where Turkey features prominently, with unanchored inflation expectations and a loose-cannon monetary policy which defies logic or economic sense.  The Economist picked up the theme of inflation, adding Omicron and China slow-down as 3 major threats facing EM in 2022.  While Turkey is not specifically mentioned in the latter article, it does occupy high ranks among the vulnerable countries.

PATurkey quotes section relevant to Turkey from the blog and the article, adding its comments to high-light the potential of economic disaster in Turkey.

The resurgence of the pandemic and the latest variant, Omicron, have sharply increased uncertainty around global economic prospects. This comes as several countries grapple with inflation well above their monetary policy targets. It is however evident that the strength of the economic recovery and magnitude of underlying inflationary pressures vary significantly across countries. Accordingly, policy responses to rising prices must be calibrated to the unique circumstances of individual economies.

Rising energy and food prices have fueled higher inflation in many countries. These global factors may continue to add to inflation in 2022, especially high commodity food prices. This has particularly negative consequences for households in low-income countries where about 40 percent of consumption spending is on food. Food occupies a 25% share in Turkish CPI, with the second year of draught and soaring fertilizer prices dimming the outlook for 2022.

A measure of inflation which strips out volatile fuel and food inflation, so-called core consumer price inflation has also risen but exhibits significant variation across countries. Some of the increase in core inflation in countries reflects reversals of price falls in 2020, such as from the unwinding of VAT tax cuts in Germany. It therefore helps to focus on annualized cumulative inflation since pre-pandemic. By this measure, core inflation among advanced economies has risen most sharply in the United States, followed by the United Kingdom and Canada. In the euro area the increase is much less so. There are also limited signs of core inflationary pressures in Asia, including in China, Japan and Indonesia. Among emerging markets, core is dramatically elevated in Turkey, where exchange rate pass-through had just started. Economists predict driven by a weaker TL, Turkish CPI is set to rise to 27-30% band by 1H2022.

For several emerging markets, including India, Indonesia, Russia, and South Africa, expectations show signs of being anchored. Exceptions include Turkey, where the risk of inflation expectations becoming unmoored is apparent as monetary policy is eased despite rising inflation.  Recent polls have determined that more than 60% of participants don’t believe in Turkstat inflation figures, experiencing a much higher rate in daily lives.

As we (IMF) warned in recent reports such as the World Economic Outlook, a more frontloaded Fed response to dampen inflation risks could result in market volatility and create difficulties elsewhere—especially in emerging and developing economies. To avoid that, policy shifts need to be telegraphed well, as has so far been the case. Emerging market and developing economies should also prepare for increases in advanced economy interest rates through debt maturity extensions where feasible, thereby reducing their rollover needs, and regulators should also focus on limiting the buildup of currency mismatches on balance sheets. Remind you that Turkish corporates are heavily indented in FX, as the sovereign has $140 bn of foreign debt.

The Economist  gathered data on a few key macroeconomic variables for 40 large emerging economies, in order to assess which places face the biggest squeeze from a tightening Fed, (see chart  below). Large current-account deficits, high levels of debt (and of that owed to foreigners especially), rampant inflation and insufficient foreign-exchange reserves are all indicators that can spell trouble for countries facing fickle capital flows as American monetary policy tightens. 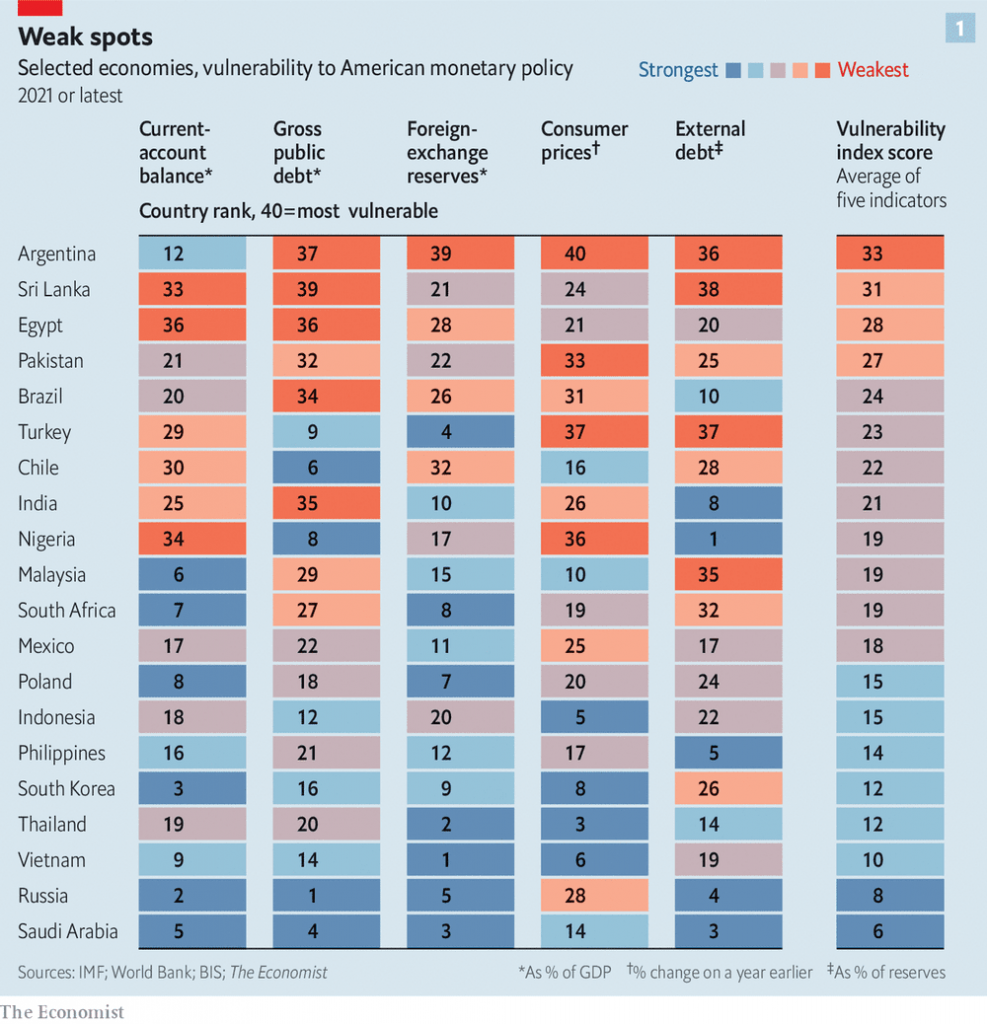 Turkey ranks 6th in the list, while it is also substantially exposed to Fed tightening, as the chart below illustrates: 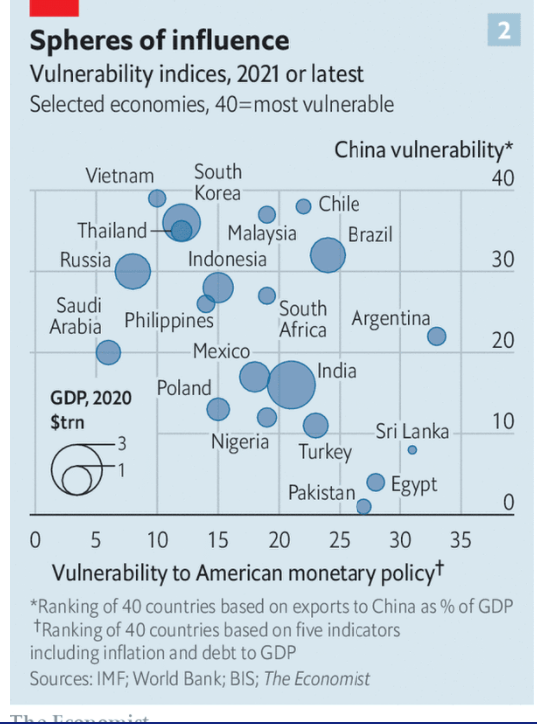 It is a fact that EM as an asset class and Developing Countries  have disappointed investors in terms of performance and growth. A third year of disillusionment may be in the making. If Turkey is to skirt economic crisis, she needs to draw in foreign capital and roll over her maturing debt fully.  Why would funds and banks sink money into a country which despite numerous warnings insists in applying fatally failed  policies to simple economic problems?