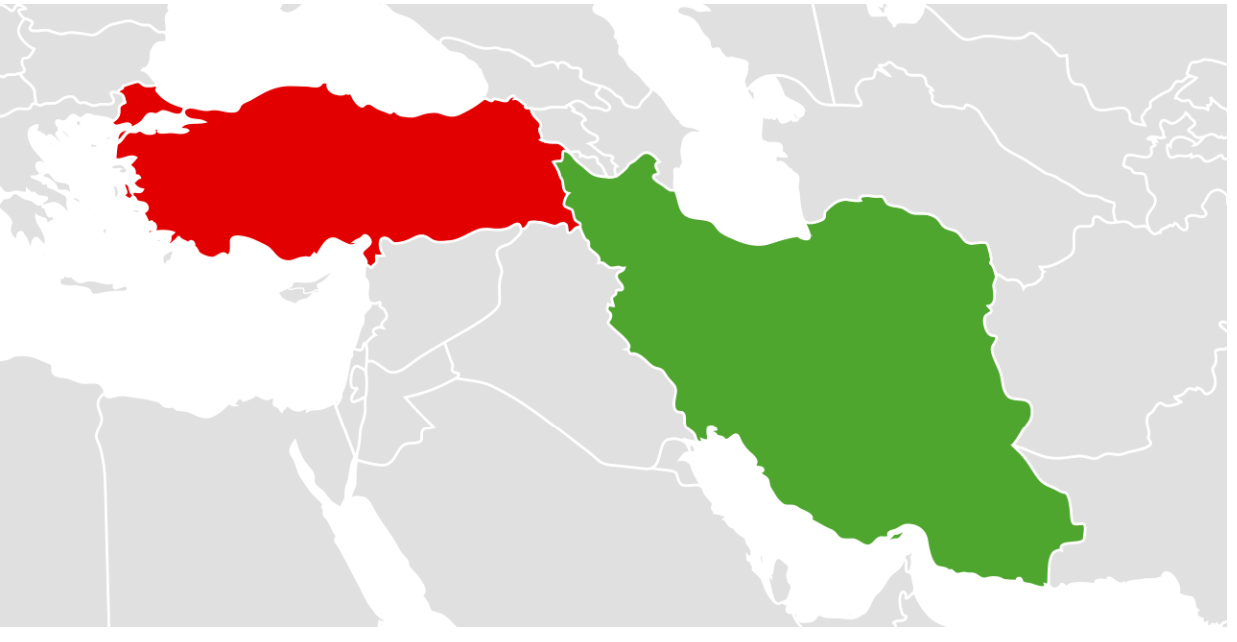 On March 22 of 2021, several of the world’s most dangerous men descended on Beirut’s historic seaside Summerland Hotel — not to swim in the Mediterranean or explore the sumptuous resort’s “Le Beach Pop Up,” but to talk Turkey.

The meeting was a secret one, between a delegation of senior Iranian military and government officials and a business group from Turkey led by a confidant of President Recep Tayyip Erdoğan. Both sides were keen to deepen their partnership smuggling Iranian oil to buyers in China and Russia to raise funds for Tehran’s terror proxies, according to Western diplomats.

A little more than a year after the meeting, all of the key attendees would find their names on U.S. sanctions lists, with one important exception: Turkish businessman Sıtkı Ayan, a friend of President Recep Tayyip Erdoğan — the two men attended the same high school — and the man at the center of it all.

The collaboration between a member of the Turkish president’s inner circle and Iran’s power elite is detailed in hundreds of pages of documents, including business contracts and bank transfers, reviewed by POLITICO, many of which have also been posted on WikiIran, an opposition website.

The U.S. sanctioned Ayan and his company late Thursday following the publication of this article, reversing months of inaction in the face of reams of evidence detailing the Turk’s dealings with the Iranians, including signed contracts and bank transfers. The U.S.’s reluctance to sanction Ayan, diplomats say, was driven by his close association with Erdoğan, a key American ally in the Middle East and beyond.

“Ayan’s companies have established international sales contracts for Iranian oil with foreign purchasers, arranged shipments of oil, and helped launder the proceeds, obscuring the oil’s Iranian origin and the [Quds Force’s] interest in the sales,” the U.S. Treasury, which oversees the implementation of American sanctions, said in a statement.

Neither Ayan’s nor Erdoğan’s offices responded to multiple requests for comment.

The case offers a window into the complicated dynamic between Iran, Turkey and the unique and influential role Erdoğan plays in the region as he oscillates from self-interested powerbroker to would-be mediator between the West, Russia and the Middle East, creating dependencies that often leave the United States and other allies with little choice but to let him have his way.

At a time when there’s a war in Ukraine and instability in the broader Middle East, Turkey’s relationship with Iran is also a reminder that the Turkish leader isn’t shy about using his leverage when and where he sees fit.

The Beirut gathering attracted a rogue’s gallery of Iranian officials — including Rostam Ghasemi, a former oil minister and senior commander in Iran’s Islamic Revolutionary Guard Corps (IRGC), and Behnam Shahriyari, a gun runner for the Quds Force, the guards’ affiliate that trains and finances Iran’s terror proxies in the Middle East.

Yet the key figure was Ayan, a bespectacled Turkish businessman. The Iranians were keen to deepen their burgeoning cooperation with Ayan, the chairman of Istanbul-based ASB Group, a globe-spanning energy conglomerate that buys, sells and transports oil, gas, electricity and much more.

With the help of ASB, Tehran’s regime has circumvented U.S. sanctions to funnel about $1 billion to its terror proxies since 2020, according to Western diplomats and documents detailing his company’s dealings reviewed by POLITICO. The primary beneficiary of the oil sales is the Quds Force, which uses the money to pay mercenaries and fund groups such as Lebanon’s Hezbollah, which has been designated as a terrorist organization by both the U.S. and EU, the diplomats said.

“Sitki Ayan serves currently as the head of Quds Force’s largest financial network in Turkey and possibly the entire world,” one of the officials said.