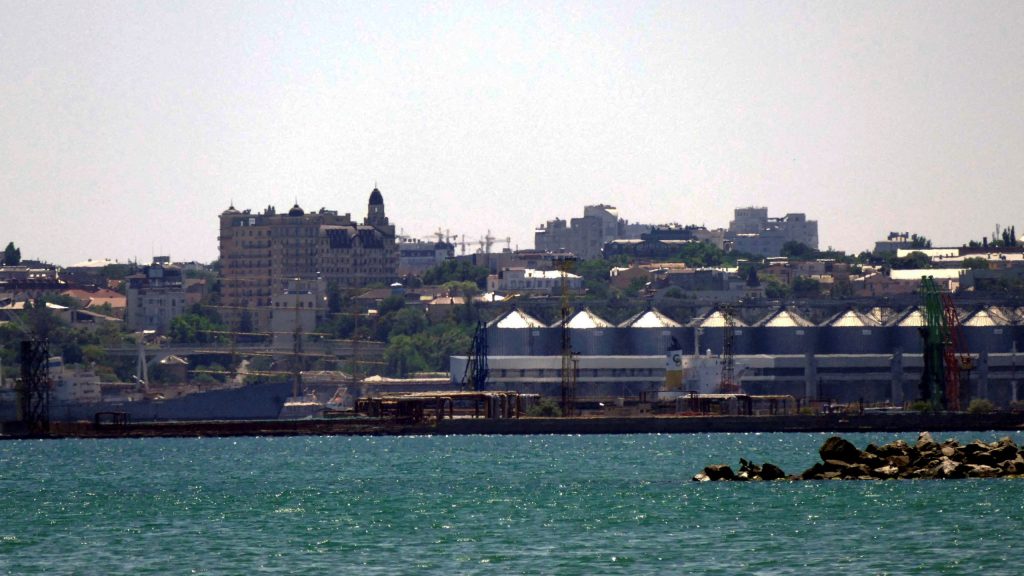 The grain deal, which UN Secretary General Antonio Guterres called “a beacon of hope, possibility, and relief,” has raised mixed feelings among experts and officials. Either way, the entire affair has become a major diplomatic victory for Turkey—whose president, Recep Tayyip Erdogan, largely made the deal possible through his months-long shuttle diplomacy between the Ukrainian and Russian leaders to eventually bring the two belligerent parties together.

Turkey is also expected to play a key role implementing the agreements. A Joint Coordination Center is to be established in Istanbul, and merchant vessels are to be inspected in the harbors determined by Turkey at the entry to and exit from the Turkish Straits. Had all sides stuck to their commitments, Ankara would have had multiple reasons to celebrate: renewed food supplies for re-export to the Middle East and Africa, increased “soft power” in the region, an improved image in Western capitals, and strengthened domestic support for the current leadership.

But apparently, none of this interested Russia. Less than twenty-four hours after the Istanbul meeting, the Kremlin cast a shadow on the future of the agreements through a missile strike on port facilities in Odesa, drawing instant condemnation from Ukraine. This is not the only malfeasance Moscow has committed: Convoys of Russian vessels with looted Ukrainian grain, widely documented heading to Turkish ports, have never stopped. While Ankara may be powerless to stop Kremlin missiles from raining down on Ukraine, it can put an end to this illicit practice. The good-faith image it helped build throughout the grain negotiations depends on it.

Since the Russian invasion of Ukraine in February this year, there has been mounting evidence of the burgeoning illegal trade in Ukrainian wheat shipped by Russia from the occupied territories, including Crimea, mainly to Syria and Turkey. The Turkish foreign ministry has denied Ukraine’s claims that this is happening, citing the absence of proof that the grain has Ukrainian origin. Legally, providing such proof is a challenge: The ships use false documents showing Russian cities as the ports of load and go dark by switching off AIS systems. But satellite photos and other detailed information provided to Turkish authorities by the Ukrainian side suggest a lack of political will, not of formal testimony, is halting the investigation process.

Turkish officials explain their inaction by citing the risk of setting a dangerous precedent if they detain a commercial vessel without sufficient evidence. Another problem lies in the loopholes of the sanctions regime. The package of sanctions announced by the US Treasury in April targeted the Russian state-owned United Shipbuilding Corporation; but one of its subsidiaries, the Southern Shipbuilding and Ship Repair Center, as well as its own subsidiary, Crane Marine Contractor, have not been included in the list; and according to the “Equasis” shipping database, ships owned by the latter are often seen in the smuggling supply chains.

At the same time, there might be less obvious reasons that explain Ankara’s reluctance to deal with the issue.

On one hand, there is a general consensus in Turkey that Russia cannot be trusted but needs to be accommodated to avoid shocks to the domestic market. The June inflation rate hit a twenty-four-year high, nearing 80 percent just a year before the presidential election. A recent report from the US Department of Agriculture found that Turkish farmers are facing increasing input costs, including fertilizer and fuel, due to a “weaker Turkish Lira, rising international commodity prices, supply chain issues, and more recently because of the war in Ukraine.” The government may need to restrict agricultural exports—meaning reduced revenue for its budget. The situation with sunflower seeds and other agricultural products is even more worrying, given the skyrocketing retail prices.

On the other hand, there is an urgent need to stabilize international markets in order to mitigate economic and social grievances in the countries affected by the food crisis. Turkey has already hosted more than five million refugees from the Middle East and North Africa, and maintaining grain exports is crucial to avoid new waves of migrants who are fleeing a food crisis.

Russia’s invasion of Ukraine has come at a high price for the Turkish economy, and Ankara’s efforts to restore the disrupted supply chains in the Black Sea deserve praise. But Russian attempts to halt the process and continue shipments of looted grain from Ukraine may have even higher side costs for Turkey—which cannot afford to let it happen.

First, accepting Russian ships with stolen Ukrainian grain even after the Russian attacks on Ukrainian seaport infrastructure may raise questions about Ankara’s credibility as an unbiased facilitator in negotiations to unblock Ukrainian exports. Turkey’s earlier calls to simultaneously enable Russia to export grain and fertilizers to global markets raised concerns in Ukraine but were largely perceived as a bargaining chip to bring Russians to the table. Now that Russia has been granted “unimpeded global access” to the markets for its own agricultural products, any commercial deals with Russian companies that do not abide by legal procedures and ship Ukrainian wheat and corn are likely to become a major spoiler in the Ankara-brokered grain deal.

Second, such cooperation could more broadly undermine Turkey’s role as a constructive and trustworthy actor in other formats to resolve regional conflicts—such as the Astana Platform in Syria, the political process in Libya, and the mediation of the Nagorno-Karabakh war. Erdogan’s recent diplomatic initiatives were largely driven by his desire to expand his country’s “soft” political footprint in the region; the current issue might throw this into question in both Western and non-Western capitals.

Third, by dragging Turkish ports into its shady smuggling schemes, Russia is hoping to upend the well-established Turkish-Ukrainian partnership. As recently stated by the Ukrainian ambassador to Turkey, strategic ties between the two countries remain—but public opinion in Ukraine has been increasingly unhappy with Ankara’s occasional cooperation with Moscow. The impacts of Turkey’s grey cooperation with Russia reached the level of official dialogue when the Turkish envoy to Ukraine was summoned to Kyiv’s foreign ministry over Turkey’s refusal to stop the Russian-flagged Zhybek Zholu ship from leaving a Turkish port despite official requests from Kyiv to investigate the case.

Fourth, Turkey risks facing new problems in its relations with the West, just as hopes for renewing military cooperation with NATO started to grow following Ankara’s constructive stance on Sweden and Finland’s membership bid. The fact that the US Financial Crimes Enforcement Network has included Turkey in its list of eighteen countries that serve to bypass sanctions on Russia and Belarus—putting it in the company of Armenia, China, and Nicaragua—is an alarming signal.

Fifth, the long-term Russian objective of expanding its ghost fleet traveling from the occupied ports of Ukraine to Turkey effectively legitimizes Crimea’s illegal annexation. Apart from grain, Russia also smuggles corn, sunflower products, and, more recently, steel and metal from Mariupol and Berdyansk—suggesting the scope of illicit trade could expand even further. For its part, Turkey has never recognized the illegal annexation of Crimea, and a 2017 directive by the Turkish Chamber of Shipping orders ports to turn away ships from the occupied peninsula. By accepting them now, Turkish seaport officials not only disregard national regulations but also earn their country the reputation of a troublemaker that violates international law and indirectly legitimizes foreign trade with occupied Crimea.

Lastly, Turkish businesses might suffer direct financial losses. Turkish farmers have been cultivating thousands of hectares by leasing agricultural lands in the southern regions of Ukraine, which are now occupied by Russian forces. It is, thus, highly likely that some of the Russian vessels that are shipping stolen wheat and sunflower products have some “Turkish” crops onboard. Besides, the companies that are now involved in Russian grey-zone activities might face serious problems in making their way back to the Ukrainian market when the war ends and the recently signed free-trade agreement between Ukraine and Turkey enters into its full force.

It remains to be seen whether the mechanisms embedded in the Istanbul grain deal will actually be implemented. But whatever ultimately happens, there is little doubt that Russia will continue shipping supplies of stolen goods to Turkey. There is still an expectation in Ukraine that Ankara will not accept them—if not because of its commitment to the strategic partnership with Kyiv, then at least out of sober pragmatism. Ultimately, the grain drain from occupied Ukrainian territories is squarely in Russia’s interest. Turkey has nothing to win in this game, and too much to lose.