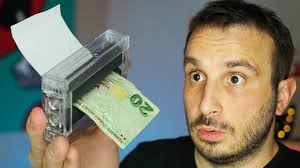 Turkey’s Central Bank has become addicted to QE, rapidly expanding the money base by purchasing government bonds. While this has become accepted practice throhgout the world, as in many Developing Nations the state doesn’t have the funds or the borrowing capacity to finance aid to those affected by the Covid-19   epidemic, Turkey is different. With its 11.5% CPI inflation rate and very rapid dollarization (50% of all deposit are denominated in foreign currency), a rapid increase in money supply could easily translate into a currency crash, or compel savers to increase their FX deposits. Reuters’  data  shows that the share of government debt among the Turkish central bank’s assets exceeded 10% this week, as it continues buying bonds as part of quantitative-easing measures since the coronavirus outbreak.

It has bought more than 50 billion lira of bonds since the end of March, shortly after the first coronavirus case in the country was announced. Those purchases include some 23 billion lira from the Unemployment Insurance Fund.

Muhammet Mercan, chief economist of ING in Turkey, said the bank had been “quite transparent” about its purchases of government debt since the policy changes due to the pandemic.

He said the bond purchase levels were well below levels in the early 2000s and were small compared with quantitative-easing measures by other emerging-market central banks.

The central bank has set the bond purchase limit at 10% of its assets, up from 5%, but the debt from the Unemployment Insurance Fund is not included in that quota. The move was aimed at continuing stimulus meant to backstop the economy and government finances in the face of the coronavirus fallout.

The government has tapped the insurance fund to provide support for citizens who have lost work hours or were laid off, through methods such as unemployment and short-labour pay.

President Tayyip Erdogan said on Tuesday that since March, more than 3 million people had benefited from the short-labour pay, which provides additional wages to employees whose work hours are cut short. He said around 5 billion lira had been disbursed.

At the end of February, the Unemployment Fund had 131.6 billion lira, a large part of which consisted of Treasury bonds.