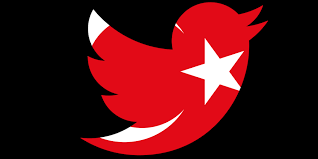 Twitter shut down  thousands of AK Party related accounts.  AKP is in fury, because it’s AK-troll network, actually employees paid by the party has been its only visible presence in the social media universe, where opposition and dissident content is beating the party’s formidable propaganda machine hands down.  Two recent surveys, one by Gezici Agency, the second by Istanbul Policy Center, determined that social media matters in voter choices. In particular Turkey’s Y and Z generations mostly get their information from social media.  AKP is deadly afraid this loose politically affiliated potential voter segment, which makes up 20% of the eligible voters, according to Gezici survey.

Twitter said that “We have closed 7 thousand 340 accounts that try to create a political narrative in favor of the AK Party and that has given strong support to President Erdogan.”  The social media platform also shared the information that these accounts are managed by a single center, adding that also some anti-government accounts were closed.

Twitter closed more than 7 thousand accounts close to the AK Party, targeting those criticizing the government. According to the report prepared by the Internet Observatory of Stanford University in the United States (USA), a total of 7,340 accounts were closed. These accounts tweeted 36 million 948 thousand 524 times in the period that they were active.

Emphasizing that such a disclosure was made for the first time in the industry, Twitter stated that these accounts and tweets from these accounts were removed from the platform.

It was reported that this research was conducted with the Australian Strategic Policy Institute (ASPI) and the Stanford Internet Observatory (SIO).

As of May 2020, 5GB tweet archive of the 7340 accounts that were alleged to be associated with the government of Turkey, and also 821 GB media library of these accounts, have been disclosed to the public.

Twitter claims that these accounts are managed from a single center.

The relevant part of the research that is about Turkey, contains the following statements:

This activity was detected at the beginning of 2020, by a series of inter-linked accounts, and these are not real person accounts, showing coordinated activities, primarily targeting users in Turkey. Our analysis, based on the technical infrastructure and account behavior of our platform, showed that these fake and hijacked accounts tried to create a political narrative in favor of the AK Party and gave a strong support to President Erdoğan. Today we disclose these 7,340 accounts.

Technical signs indicate that these accounts are linked to the party’s youth branches and that a central network is associated with many hijacked accounts. As a result, there are accounts criticizing President Erdogan and the Turkish government within the network have been sabotaged. These hijacked accounts have regularly been the target of hacking and capturing efforts by the above-mentioned government actors. This extensive network was also used for commercial activities such as spam associated with cryptocurrencies.

FEATURES OF THE ACCOUNTS

In the report of the Internet Observatory, the prominent findings regarding the closed accounts are as follows:

• There are many accounts opened on the same day, with a similar user name, on behalf of fictitious persona.

• A network of accounts has been unearthed whose sole task is to retweet on behalf of the AKP. These networks are trying to make the same content more visible and are actually trying to make tags (hashtags) that are not “agenda” more popular.

• A large number of hacked accounts were used to send praise tweets on behalf of the AKP. Among those hacked accounts are those that have previously criticized the government.

• Tweets of these accounts were specifically posted to support the AKP’s presidential referendum campaign in 2017. The same accounts, was used in order to increase public support for Turkey’s military operations in Libya and Syria. English tweets were also posted for these operations.

As the network expanded, the number of tweets posted also increased. One tweet received 3.7 interactions on average (likes, retweets, responses). According to the Internet Observatory, the number of accounts that “tweet” automatically is almost nonexistent.

The official account of President Recep Tayyip Erdoğan has been retweeted or quoted 1.7 million times by this network. Other accounts that have had a lot of interaction with this network include Finance Minister Berat Albayrak, Justice Minister Abdulhamit Gül, former Ankara Metropolitan Mayor Melih Gökçek and the AK Party’s own corporate account.

POSTS ABOUT OPERATIONS IN SYRIA AND LIBYA

Close to 170 thousand #Suriye tweets were posted from the closed accounts. According to the report, the purpose of these tweets was to create public opinion in favor of military operations in Syria and to defend the government’s refugee policy. In the tweets posted in 2016, the refugee policy of the government was kept on the trend topic list with tags such as #suriyelicocukolmak and #AslindaDogrusuNedir. However, the interesting thing is that since July 2016, when it was announced that citizenships to Syrians were going to be issued, some of these accounts tweeted criticizing this.

Stanford Internet Observatory suggests that the English tags were created directly by the AK Party officials and then tweeted by these accounts.

Tweets about military operations in Libya are much less than those related to Syria. It was understood that the network had about a thousand tweets about Libya.

One of the most used tags for closed accounts is #PresidentErdoğan. The use of this tag has increased, especially in 2019.

According to the report, more than half of the tweets with this tag came from only 10 accounts. Four of these 10 accounts belong to a user called Ömer Beşparmak. A total of seven accounts associated with Ömer Beşparmak were identified within this network. All opened in 2019:

RETWEET NETWORKS HAD BEEN ESTABLISHED

Among the closed accounts, there are also those who have established a “retweet network” with each other. The common feature of most of them is the presence of “AK” in their user names. Here are some examples from the report:

Twitter closed all mentioned accounts as of April. Last month, a large number of accounts emerged close to the AK Party, claiming to be “domestic and national”.

AK Party Vice President of Promotion and Media, Kahramanmaraş Deputy, Mahir Ünal announced 12 ethical rules of his party for social media on May 1. After this statement, a large number of accounts with a green ball next to their name and flag of Turkey started to emerge on Twitter.

Ankara’s response to the action by Twitter was full of fury. Palace Communications Director Mr Altun slyly threatened Twitter with closure, though this idea was abandoned rapidly, as a result of the fact that it will turn off youth voters.  However, the administration is preparing a social media censorship bill, which essentially brings the domain under government control, like  the main stream media, where 95% of the ratings and newspaper sales belong to pro-AKP outfits.

It remains to be seen whether AKP can tame the social media, which has thus far voided censorship efforts.