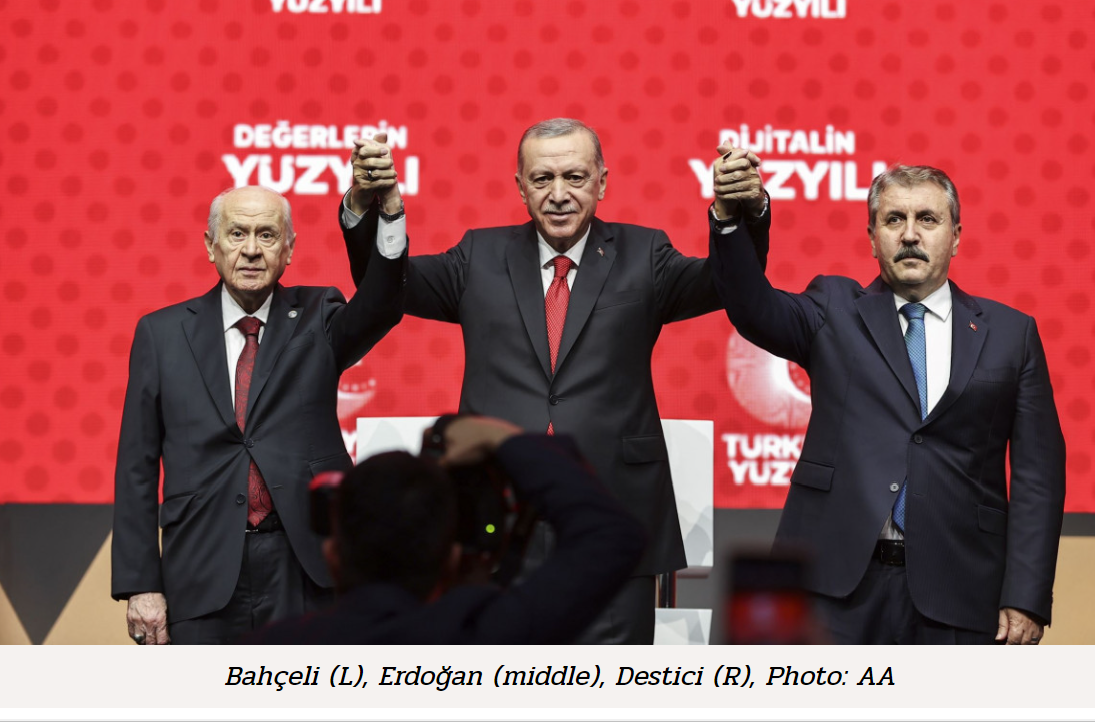 Turkey’s President Recep Tayyip Erdogan on Oct. 28 unveiled the “the Century of Turkey vision” one day before the 99th anniversary of Republic Day in the capital Ankara.  Unlike past vision statements, this didn’t include any mega-projects, which have been the hallmark of Erdogan’s career. He reiterated his determination to build Canal Istanbul, for which there is no public support, or any financing in the 2023 budget. Erdogan’s groundbreaking vision appeared to be amendments to the constitution which would define a family as  a union between a man and a woman, in other words homophobia.

In his rule, President Erdogan and his party AKP attached significant importance to   symbolic years, like 2023, 2053, 2071 (the millennial anniversary of the arrival of first Turkish tribes in Anatolia proper), claiming that they will build a better Turkey through and after those anniversaries.

The upcoming elections are also planned to be held in June 2023, which increases its importance both for the ruling and opposition parties. The main opposition Republican People’s Party (CHP), which was the founding party of the Republic 99 years ago, wants to end AKP’s 20-year rule in 2023.

Erdogan said “Until the election date, of course, we will have new projects that we will share with our nation. Today, I just want to tell you the spirit, philosophy and essence of our Century of Turkey vision,” during the event that was held in Ankara Sports Hall.

WATCH: Why Erdogan Will Never Win Another Election?

Alas, his vision statement made scant reference to the “spirit” of his economic vision namely the New Economy Model, its greatest symbol,  “Liraization”, or the social  vision, which aims at creating a home-grown and Turkey-specific culture, called “national and patriotic”.

Preparation for a new constitution

During his speech, Erdogan signaled  the  preparation of a new constitution instead of the Constitution of 1982 which was instituted  by the military regime post-1980 coup. The said constitution was amended 19 times since 1982. Three referendums for the constitutional amendments were held in 2007, 2010, 2017 under the ruling AKP, paving the way for the presidential regime of today. 2017 referendum created a much more centralized hyper-presidential system.

“We are trying to save our country from the shame of the coup constitution and have a completely new, civil, democratic and libertarian constitution. The fact that we have pioneered many constitutional amendments during our governments does not prevent us from seeing and lamenting the ongoing deficiency in this matter,” Erdogan said.

“Bringing a new constitution as a product of the national will, is one of the first goals of our Century of Turkey vision. We are determined to implement it with the approval of our parliament and the approval of our nation. It is the most fundamental right of our nation, which has paid the price of protecting its homeland for a thousand years, its Republic for a century, its democracy for 80 years, and its independence on July 15 (because of the failed coup attempt), to have such a constitution,” Erdogan further said.

There are no plans to re-write the constitution, previous attempt having failed several times, as AKP’s vision of equality, freedom and justice deeply contrasted those of the opposition and the Kurdish minority.

Erdogan complaining about military tutelage after 20 years of unbridled and unhinged one-man rule is unlikely to create much excitement even among the Islamist faithful.

Erdogan also expressed that the ruling AKP will propose a constitutional amendment on the right to wear headscarf to the parliament following week.

“We have prepared a constitutional amendment proposal that will ensure the education and employment rights of all our girls and sisters who wear and don’t wear headscarf, as well as to protect our family institution from the threat of perverted movements,” Erdogan said.

President Erdogan on Oct. 5 called for a constitutional amendment to guarantee the right to wear headscarf for women, after the CHP on Oct. 4 submitted a draft law with regards to the issue.

Erdogan later said that the constitutional amendment in question will also include the protection of family which according to him “consists of the union of man and woman.”

“The concept of family is indispensable for us. Because a strong nation comes from a strong family. Lately they have introduced LGBT into society, trying to degenerate our family structure,” Erdogan further said on Oct. 7.

On clue, Erdogan’s greatest ally the Directorate of Religious Affairs will read  a sermon in all mosques extolling  the virtues of heterosexuality. The sermon doesn’t not make any reference to the declaration of the Republic, or its founding father Mustafa  Kemal Ataturk.

Erdogan also said during the “Century of Turkey” event that the Canal Istanbul project maintains its place among their goals as one of their promises in their vision.

On a side note,  the audience was not allowed to leave the building before President Erdogan finished his speech, Serkan Alan from Gazete Duvar reported.