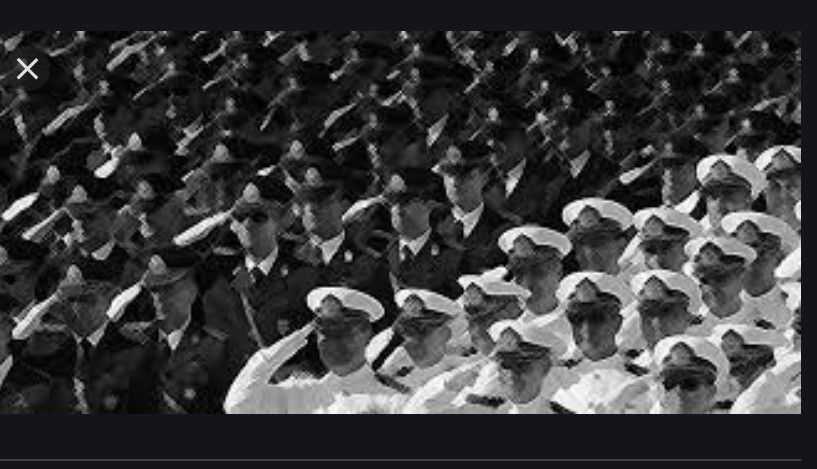 A strongly worded statement from 103 retired admirals in Turkey about several government practices has  sparked controversy and legal action in Turkey, with some seeing it as an implicit coup threat and others as an exercise in free speech.

The admirals used their declaration to criticize the Kanal Istanbul, a multibillion-dollar artificial waterway connecting the Black Sea to the Marmara Sea to ease shipping traffic on the Bosphorus Straits. They also addressed the prospect of possible revisions to the 1936 Montreux Convention, which is about control of the Istanbul Straits.  However, what probably triggered a violent reaction by the Erdogan administration is the criticism levied by admirals about attempts to Islamize the military.  A second declaration by a younger generation of naval officers, calling themselves “Sea Lions” added to Erdogan’s concerns.

The statement triggered an urgent central committee meeting of the ruling Justice and Development Party for Monday to discuss the issue in detail, and Ankara’s Chief Public Prosecutor’s Office has launched an investigation into the signatories.

One of the signatories was 63-year-old Cem Gurdeniz. He was the architect of Turkey’s “Blue Homeland” maritime doctrine, and his vision gained increased popularity last year with the country’s activities in the Eastern Mediterranean.

“The fact that withdrawing from the Montreux Convention was opened to discussion related to the Kanal Istanbul and the authority to exit from the international treaties was met with concern,” the statement said. “Kanal Istanbul will open the Montreux Convention to discussion, and will lead to Turkey’s total loss of sovereignty over the Sea of ​​Marmara.”

Last month Turkey approved plans to develop the 45-kilometer canal project and, since then, the status of the Montreux Convention has become a hot topic.

The admirals stressed that the convention was an agreement that “best protects Turkish interests.” A few days ago, 126 retired Turkish diplomats released a statement to warn the government over the same issue.

The convention gives free passage to all civilian vessels, and determines the mode of entry, duration of stay and tonnage of warships from nonlittoral countries.

Kanal Istanbul will shorten the route of naval vessels from nonlittoral countries to reach their destinations in the Black Sea as long as they pay the necessary fees.

But, if no further abrupt revision is made to the convention, these vessels have to respect the rules of Montreux as they will enter Kanal Istanbul from the Dardanelles straits that are still determined by this decades-long international regime.

In a country still shaken by the failed coup attempt of 2016, the admirals’ declaration caused anger in government circles and led to claims that it was reminiscent of past coup periods.

The opposition largely defended the declaration as an exercise in free speech, while Erdogan’s nationalist ally MHP leader Mr Devlet Bahceli used very strong phrases to condemn the signatories of it, calling for legal action and for the convention of a military tribunal to have the admirals demoted.

Foreign press reporting on the declaration misses the point that the declaration serves an opportunity to Erdogan and Bahceli to launch another crack-down on the secularist opposition, and even perhaps declare Emergency Rule claiming a coup threat.  This fear had bene widely discussed among Turkish experts, on grounds that Erdogan has no remedies for the raging Covid-19 outbreak, with the country reporting 41K cases no Sunday with 180 deaths, as well as the economic malaise, which pushed an estimated 3 million households out of 20 million below the poverty line in  2020 alone.

The Cabinet meeting scheduled for 3 pm today could discuss new security measures, as well as announce the preparation of a new nation-wide mobilization to avert a coup.

Further detentions of serving officers, opposition members and dissidents could temporarily quash the debate about Erdogan’s impotence to deal with Turkey’s pressing problems, but they are also likely to produce a fierce backlash at home and abroad.

At the end, the prism through which political turbulence effects the people is the markets. If today’s actions lead to lower business and investor sentiment, the TL will take another hit, destabilizing inflation expectations and  accelerating dollarization. Whatever the advantages of cracking down on the opposition and free speech might turn out to be for Erdogan, they will fade in comparison to the economic misery to be caused by more economic turbulence.