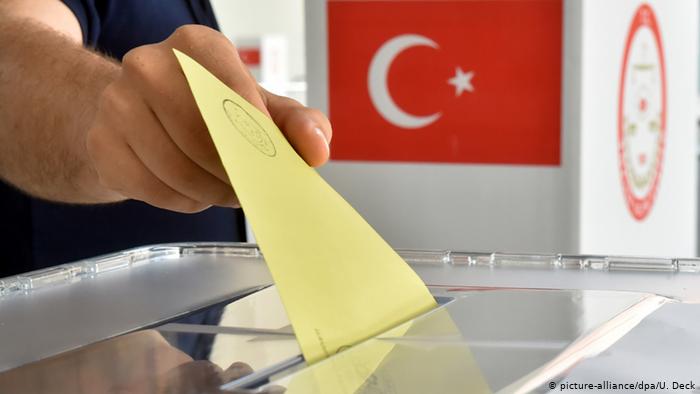 President and Justice and Development Party (AKP) Chair Recep Tayyip Erdoğan has implied that the elections will be brought forward to May 14, rather than June 18 as scheduled.

“73 years after the one-party era ended in Türkiye, on the same day (May 14), our nation will once again say ‘enough’ to these coup sycophants, these incompetent enthusiasts, who appear as the “Table of Six,” Erdoğan today (January 18) told his party’s parliamentary group, referring to Türkiye’s first “free” elections in 1950.

On May 14, 1950, Adnan Menderes’s conservative Democratic Party (DP) won 52 percent of the vote. Menderes ruled for 10 years but was toppled by a military coup in 1960 and executed the following year.

Elections must be held after April 6

According to the state news portal Anadolu Agency, the elections must be held after April 6 to comply with a recently modified election law that will come into effect that day. For the ballot boxes to be established on May 14, the election notice must be published in the Official Gazette before April 6.

360 votes of approval in the parliament, counting 600 seats, are required for the elections to be brought forward, meaning that the ruling AKP-MHP bloc needs the opposition’s assistance to hold a snap election.

Support from the opposition seems unlike, as the six opposition leaders, known as the “Table of Six”, stated in a meeting on January 5 that they will only support early elections if they are held before April 6.

The election law passed on April 6 2021 lowered the election threshold and changed the rules concerning election alliances and how seats should be distributed between parties in what is widely anticipated as the ruling alliance’s efforts to gain a slight advantage in the 2023 elections.

The votes of 5/3 of the majority should be cast for the parliament to decide on early elections. The AKP and its People’s Alliance partner, the Nationalist Movement Party (MHP), are unable to secure a majority in parliament and must rely on opposition support.

However, the opposition alliance stated that they would favor early elections to be held before April 6 and reject any possibility of elections being held later. The reason for that was that the election law, including provisions in favor of the ruling block, was approved on April 6, 2022, with AKP-MHP votes. The law will be enacted for elections to be held after April 6 2023.

MHP leader Devlet Bahçeli had said his party would support the AKP and Erdoğan in both options, stating that “if opposition would not vote, then the president will annul the parliament.”

Another important discussion about early elections is the possibility that Erdoğan will run again for the presidency.

According to the constitution, approved in 2017 and enacted with the 2018 elections, a person can only be elected for two terms. Because Erdoğan was elected president in 2014, it is debatable whether this is his second or first term under this constitution.

According to the same constitution, if the elections are renewed by parliamentary decision, the president on their second term can run again. However it does not clearly state if it is applicable when the president annuls the parliament.

Economists argue that as Türkiye has been struggling with rising inflation and a currency crisis, Erdoğan’s temporary solutions to raise people’s living standards, such as wage rises, would not be sustainable in the long term. For this reason, Erdoğan favors early elections to be able to use these incentives as election propaganda.