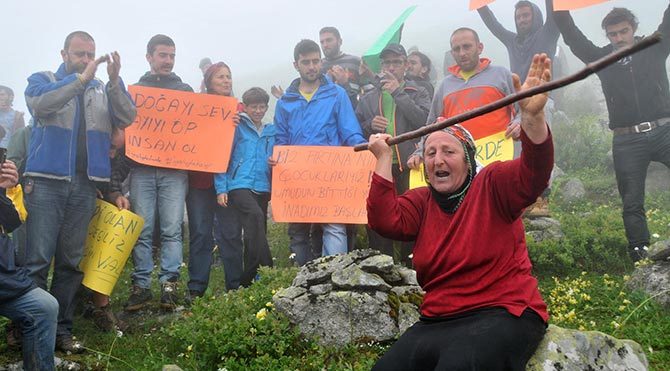 Turkey has not been an easy neighbour for Europeans. A decade ago, the country was generally regarded as a poster child for Europe’s powerful draw – a predominantly Muslim nation that was on the way to joining the European Union and was accelerating its economic and political reforms. Lately, it has been closer to a symbol of the failure of Europe’s transformative potential. Having abandoned its democratic reforms and made assertive moves on Europe’s doorstep, Turkey is one of the EU’s top geopolitical challenges. In the past few years, Ankara’s unilateral moves in Syria and Libya have troubled European leaders, while its posturing in the eastern Mediterranean has unsettled member states enough for Brussels to consider sanctions on Turkey.

That said, Turkey is more of a ‘frenemy’ than a threat to Europe – simultaneously alarming and indispensable. As the European Council recently concluded, a stable relationship between Turkey and Europe is necessary – for many reasons, ranging from geopolitics to refugees, trade, and the plight of democrats in Turkey, who overwhelmingly support Turkey’s European orientation. While the accession process is moribund, most member states are willing to put aside their differences with President Recep Tayyip Erdogan for the sake of establishing a constructive relationship with Ankara. After European Commission President Ursula Von der Leyen was denied a chair on a visit to Ankara in April 2021, media reports focused on Italian prime minister Mario Draghi’s description of Erdogan as a dictator. Yet it was the rest of Draghi’s comment that encapsulated the EU’s approach to Turkey: “one must be frank in expressing differences of views … but also ready to collaborate, to cooperate, to ensure the interests of one’s country”.

Europe has been searching for that elusive balance that allows for a functional trade and security relationship with Ankara but does not inadvertently signal approval of Turkey’s departure from European norms and regulations. In search of that balance, more and more member states have come to view the modernisation of the customs union with Turkey as a short-term solution to the challenges in their relationship. A push to modernise and otherwise update the 1996 free trade arrangement between the sides would help Europeans increase their leverage over Ankara and incentivise positive steps from Turkey in its trade regulations. Such a move would start a new form of structured and rules-based engagement with Turkey.

A key component of that modernisation process should be helping Ankara adjust to the European Green Deal. By working with Turkey on how to adapt and respond to the European Green Deal, as well as the climate challenge more broadly, Europe could break with the paradigm that has prevented it from redefining its partnership with Ankara. The EU and Turkey are at different levels of preparedness for the transition away from a carbon-based economy – as part of the global effort to achieve ‘net zero’ by 2050 – but both players will need to take action on climate. Having laid out a framework for such action in the European Green Deal, Brussels is on the front foot and can use this to encourage the Turkish government to develop its economic relationship with Europe in a framework of rules – at a time when concerns about Turkey’s authoritarian turn and departure from European norms has blocked any other form of integration.

Additionally, entering into a discussion with Turkey on the European Green Deal is helpful to Turkey’s business community and civil society – which have been significant interlocutors for Europe over the years, and have emerged as the key advocates of Turkey’s European orientation. The Turkish business community is well-organised, economically liberal, and focused on the longer-term strategic interests of the country. Business organisations such as the Turkish Industry and Business Association (TUSIAD) and the Foreign Economic Relations Board of Turkey (DEIK), as well as civil society groups, have been trying to steer the government towards a more robust, pro-Western, and environmentally friendly economic model. These organisations argue that adjustment to the green economy is good for Turkey and, in the long run, would help Turkish industries maintain a competitive advantage in the European marketplace. Their quiet message to Ankara is that pain now would mean gain later – as this approach would position Turkey as the key supplier to Europe in a green economic revolution. By entering negotiations with Ankara on the European Green Deal, the EU would embolden the pro-European elements of Turkey’s body politic and strengthen the country’s relationship with the EU.

Finally, there are the benefits for Europe’s geopolitical position. The EU has long wanted to develop its own form of climate leadership that complements but is distinct from America’s. While Europeans want to support the Biden administration’s climate efforts, they are well aware that they can only sustain their strategic autonomy through the development of unique policies. Turkey can serve as a litmus test for this new European role. Ankara has emerged as a significant power on Europe’s doorstep – one that it cannot afford to ignore either economically or strategically. While relations between Ankara and Washington seem tumultuous, Europeans yearn for a stable partnership with Turkey. By working with Turkey on the European Green Deal, the EU could establish its leadership on the issue in line with its strategic objectives.

This paper briefly outlines the state of play in EU-Turkey relations, and the different challenges on the table, before suggesting how cooperation on the implementation of the European Green Deal could – if handled carefully – provide openings on a number of fronts.

Pls. find the rest of the paper here.