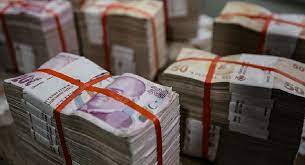 Turkey’s central bank may introduce unorthodox measures to encourage Turks to deposit cash in liras at banks rather than foreign currency, BloombergHT reported on Thursday.

The central bank is considering changes to the interest rates charged on banks’ required reserves to achieve that goal, the television channel reported on its website.

The lira dropped to successive record lows against the dollar last year and has continued its downward path in 2021 on concerns about monetary policy.

The lira was trading down 0.8 percent at 8.69 per dollar on Thursday, close to a record low beyond 8.8 per dollar.

Turks have increased their foreign currency savings as the lira declined. Foreign currency deposits in Turkey now represent about 54 percent of total deposits.