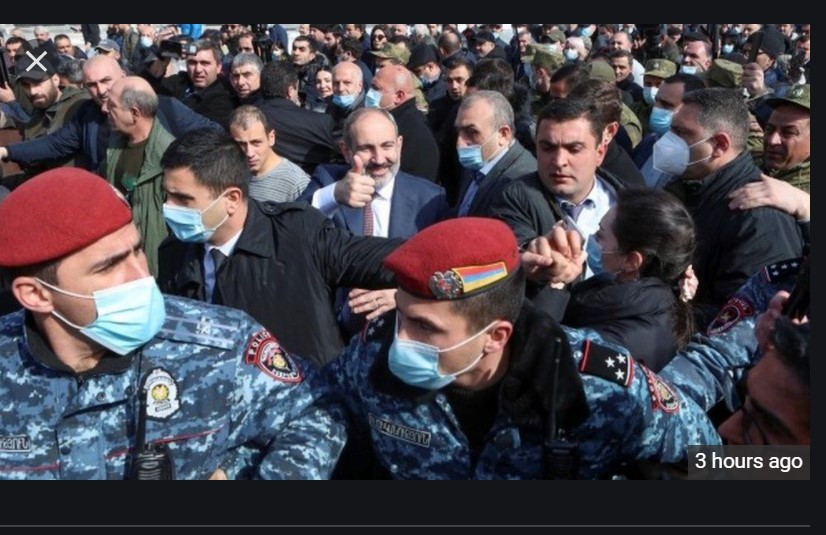 Armenia’s embattled prime minister on Sunday confirmed that he will step down from the post in April in order to allow for an early parliamentary election.

Nikol Pashinyan has faced weeks of protests calling for his ouster in the wake of Armenia’s defeat in last year’s war with Azerbaijan.

In a move to defuse the political crisis, Pashinyan two weeks ago announced that an early election would be held on June 20. Under Armenian law, such elections can be held after a premier resigns and the parliament fails twice to choose a new one.

“I will resign in April — not to leave power, but to hold early parliamentary elections. I will continue to act as prime minister” as head of the Cabinet, Pashinyan said Sunday in a meeting with residents of the village of Aragats. He didn’t give a specific date for stepping down.

Armenia has been gripped by political tensions after suffering a humiliating defeat last year in an armed conflict with Azerbaijan over Nagorno-Karabakh, a territory within Azerbaijan that Armenia-backed separatists controlled for more than 25 years.

Pashinyan signed a peace deal in November that ceded parts of Nagorno-Karabakh and large swaths of adjacent Armenian-controlled territory. He defends the move as the only way to have prevented Azerbaijan from taking the entire region.

Pashinyan has retained significant public backing despite the defeat in Nagorno-Karabakh, with thousands rallying in his support to counter the opposition-led pressure for his resignation.