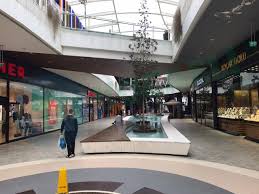 One of the Justice and Development Party’s (AKP) most visible legacies since coming to power two decades ago is something people either love or loathe: the shopping mall. These brick and mortar symbols of prosperity and development have been a cornerstone of AKP’s vision of a “New Turkey.” And they have been popping up at a staggering rate.

In 2002 there were only 14 malls in Turkey. By 2018 there were 411 and as of the third quarter of 2022, there were 449. The rise of these institutions of commerce is intertwined, where one succeeds, many others follow.

Of course, Erdogan’s interest in malls is not limited to the jobs they create (some two million in 2022) nor the revenue they generate ($20 billion last year). It is also because building shopping centres means a construction boom that has helped cement his party’s economic upper hand. More than $53 billion has been invested in this industry to date.

But that does not mean business is booming.

Building malls is an expensive endeavour, which is why many investors take out loans to finance their projects. As of November 2022, 80 operational shopping malls unable to pay their loans have been taken over by banks. Collectively, Turkey’s shopping mall construction industry is $12 billion in debt and 88 percent of that is in foreign currency.

In a recent interview, ECE Marketplaces’ Turkey CFO Nuri Sapkaci said that some shopping malls are unable to pay the interest on their loans, let alone the principal. Over the last four years, rent, the main source of income for mall owners, has increased by 150 percent, whereas loan cost for investors is up by 350 percent, Sapkaci said. Numbers from September 2022 show that investment in shopping malls has declined by 56 percent and mall valuation from a Euro-basis indicated a 47 percent decline.

How did the country’s shopping mall building spree get to this point?

The first blow to the industry came in 2018, at the start of a currency crisis that has only deepened. The government’s solution was to mandate that all rent be collected in Turkish liras. There was only one problem: while mall tenants paid their rent in liras, shopping mall owners were still repaying their loans in foreign currency. That year, ORA Mall in Istanbul’s Bayrampasa district filed for bankruptcy after it accumulated $420 million of debt.

In March 2019, the president of Turkey’s Council of Shopping Centres (AYD), Hulusi Belgu, warned that if the foreign currency exchange rate kept rising shopping mall investors would have a $15 billion problem on their hands. By December 2021, the Turkish lira had lost more than 50 percent of its value to the US dollar.

Then came the COVID-19 pandemic, which wiped out a third of Turkey’s consumer spending. During the first few months of the pandemic, 30 malls across Turkey were on the brink of bankruptcy. Although citizens were banned from walking in parks, malls were allowed to open three months into the pandemic. Regardless, visitor numbers and rents still plummeted.

Recent data presented by AYD suggests things have begun to turn around. And yet, there are several reasons to be sceptical.

First, the council’s calculations do not take inflation into account. AYD’s October 2019 report said mall profitability had increased 15 percent from the previous year, but conveniently ignored the fact that annual inflation was 16 percent.

The October 2022 report was equally opaque. It claimed that malls were 131 percent more profitable than in October 2021, but used the government’s inflation rate of 85 percent (the official number from the Turkish Statistical Institute) rather than the 185 percent inflation that most economists believe is correct.

Second, the first half of 2022 saw a 113 percent increase in e-commerce, worth a whopping 401 million lira, raising questions about the long-term viability of physical stores.

Still, the shopping mall industry remains confident of its relevance and AKP is unlikely to back away from breaking new ground. Shopping centres have proved to be one of Turkey’s most resilient industries, bolstering the pockets of developers and greasing the wheels of government. They are also, many argue, important social centres that bring people together.

Although Turkish reports on the performance of shopping centres always seem to indicate an upward trajectory, the economic reality is probably closer to earth. Nonetheless, what is clear is that the “mall” is transforming Turkey’s commercial landscape and its politics.