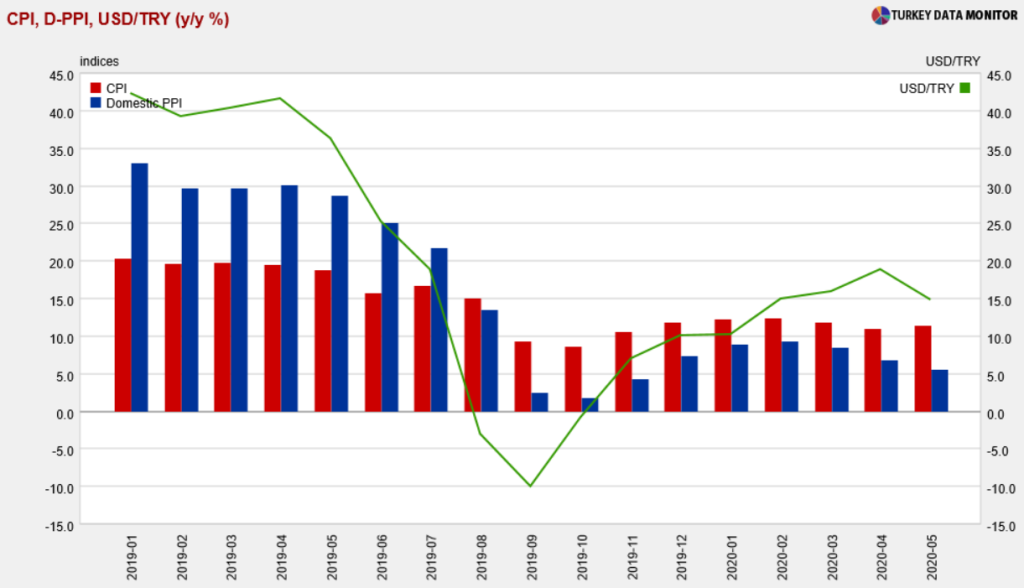 Turkish Statistical Institute released consumer (CPI) and domestic producer price (D-PPI) indices of May 2020. As can be seen in the graph above, monthly changes of both inflation figures have been rising continuously since December 2019.

However, the year on year changes in both indices look more moderate:

If you pay attention to the graph above, I try to explain the year-on-year changes of inflation figures with the changes of USD/TRY. Why do I do that?

Because Turkey’s production mechanism depends mainly on intermediate goods imports, and payments are made in foreign currencies which are mainly in US dollars and Euro. Therefore, the price rise of imported goods in terms of Turkish lira is the most important factor affecting production costs and thus output prices.

As can be seen in the graph below, another important factor that causes price increases is the increase in taxes on goods.