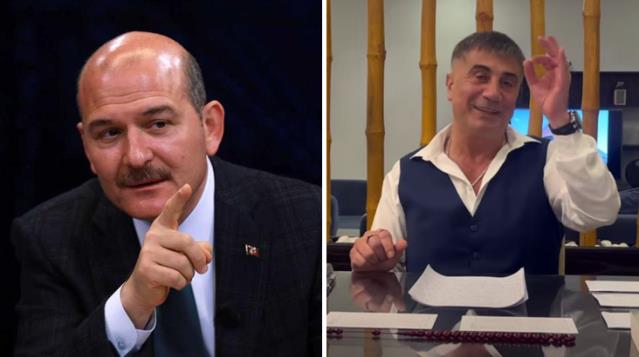 Peker, who has been releasing videos for the past five weeks that accuse current and former officials of committing various crimes, repeatedly said that Soylu assigned him personal guards before he fled Turkey and that his organization helped the minister get political success.

Soylu pointed to the officials before him when he commented on Peker’s personal guards, mainly former minister Efkan Ala, who is currently the AKP’s Central Executive Board (MYK) member, and former police chief Selami Altınok, who is currently a lawmaker.

Disturbed by his comments, the deputies sought appointments from President Recep Tayyip Erdoğan separately, but couldn’t get them due to the president’s busy schedule. Party officials said that deputies should convey their complaints jointly and a meeting with AKP Group Deputy Chair Bülent Turan was held.

The deputies said that Soylu must present evidence if he has any and voiced readiness to stand trial if they did any wrongdoing. They also stressed that Soylu must resign and the judiciary must act faster on the allegations.

The opinions and suggestions in the meeting were then conveyed to Erdoğan, who warned AKP officials to refrain from talking about these issues on TV.