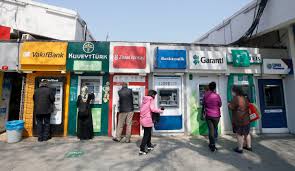 Turkey is in the midst of a mind-blowing credit boom, with loan growth having reached 21% YTD and proceeding at an annualized rate of 71.5%.  Erdogan administration has given sate banks carte blanche to loan at will and at a loss to companies and consumers to tide the economy over the Covid-19 induced stagnation. Private banks are pressured via jawboning and daily changes in Central Bank and BRSA regulations to force faster loan growth too,.  Great economists like Carmen Reinhart and Kenneth Rogoff has taught us the lesson that prolonged credit expansion in excess of nominal GDP always ends up in tears.  This new report by S&P credit rating agency suggest that the Rubicon has been crossed.

S&P Global Ratings said on Tuesday it estimated problematic loans at Turkish banks would rise to more than 20% by next year, citing pressures from the country’s economic recession and the slide of the lira, reported Reuters.

Despite a relatively low level of reported non-performing loans (NPLs) of 4.6% at the end of May, the ratings agency cited a number of pressure points faced by Turkey’s banks, including high corporate sector indebtedness compared to other emerging markets.

Earlier on Tuesday, Turkish Finance Minister Berat Albayrak called on banks to speed up restructuring of loans and said the government would support the formation of an asset management company to take on loans of problematic companies from all banks.

S&P added it considered checks and balances within the Turkish institutional system weak, which raised questions about the quality of regulation and perceived independence of the watchdog and the central bank.