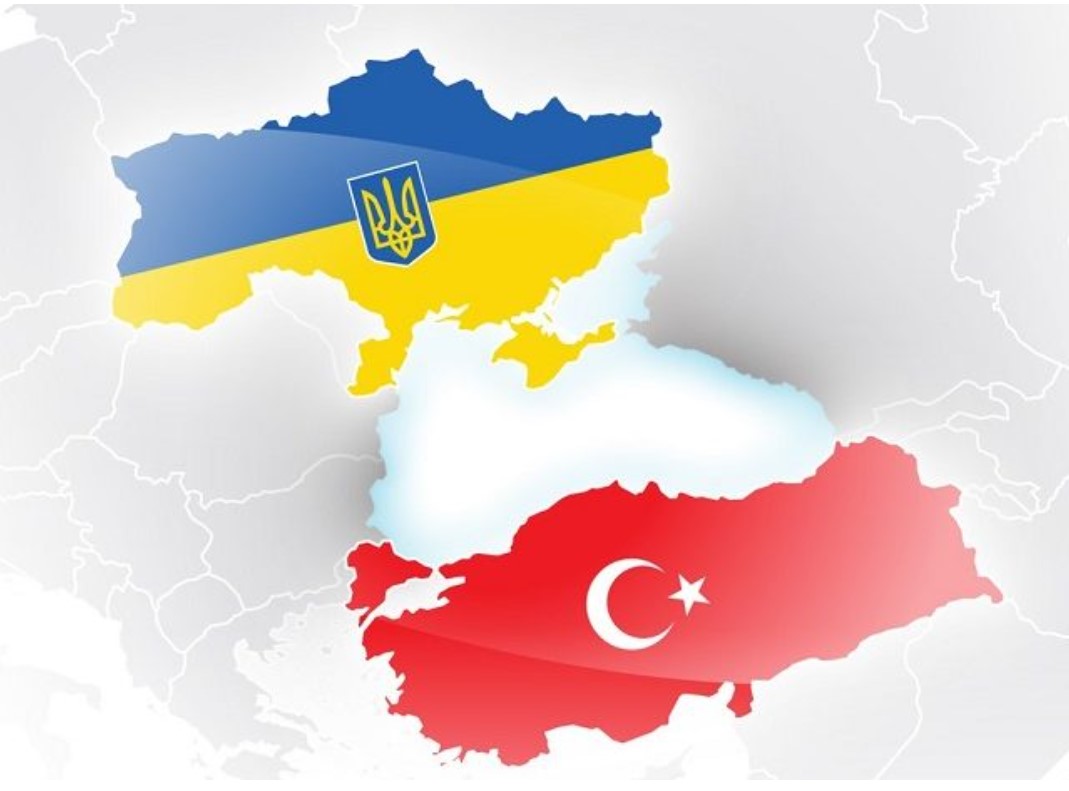 On Jan. 6, 2019, the eve of Orthodox Christmas, the Ecumenical Patriarchate in Istanbul awarded a decree of independence, known as a tomos, to the then-newly established Orthodox Church of Ukraine — a milestone in the country’s history. The move reversed a 1686 decision that had transferred jurisdiction over Kyivan Orthodox churches to Moscow. After 333 years, however, it’s not only the faithful who have changed their direction from Moscow toward Istanbul. Ukraine and Turkey are strengthening their strategic partnership by deepening their cultural, political, military, and economic cooperation.

As of 2021, Turkey is the largest foreign investor in Ukraine. Turkish investment totals nearly $4.5 billion, with more than 700 Turkish companies operating in Ukraine, among them Guris, Terra Tarsa, Agro Produkt Kherson, Pegasus, and Turkish Airlines. Turkcell owns the third-largest mobile operator in Ukraine, Lifecell, while Onur Group built the new Kyiv-Odessa highway, among others.

Ukrainian-Turkish cooperative initiatives currently include large infrastructure projects and the joint production of Turkish Bayraktar drones, as well as plans for Turkey to join the production of Ukrainian Antonov aircraft and invest in the strategically important Ukrainian engine manufacturer Motor Sich. Since 2017, Turkey and Ukraine have allowed their citizens to travel between the two countries without passports, using only national ID cards.

A number of agreements and documents are currently being prepared for the 10th meeting of the High Level Strategic Council in Kyiv in February. Both sides see the meeting of Turkish and Ukrainian presidents as an opportunity to finally sign a bilateral free trade agreement, after years of negotiations. Trade between Turkey and Ukraine totaled $5 billion in the period Jan-Sept. 2021; the countries aim to double that.

Increased commercial ties between Ukraine and Turkey are matched by growing military sales. Baykar, a Turkish arms manufacturer based in Istanbul, has sold dozens of drones to Ukraine since 2019, together with control stations and missiles. Neither Turkey nor Ukraine has disclosed the exact number of Turkish Bayraktar TB2 unmanned aerial vehicles (UAVs) sold to the latter, but reports suggest that the figure is larger than previously thought. The Ukrainian armed forces general staff confirmed on the Ministry of Defense website on Oct. 26, 2021 that Ukraine had used a Bayraktar TB2 armed UAV for the first time during a counter-battery mission in Donbas earlier the same day. The general staff posted a video that had appeared earlier on social media showing the control screen of a Bayraktar TB2 — familiar from the 2020 Nagorno-Karabakh conflict — as it observes and engages what appears to be a D-30 122-mm towed howitzer.

Even more importantly, the Ukrainian Ministry of Defense has ordered new Turkish-made Ada-class corvettes, warships known for their maneuverability. The acquisition of these ships is primarily aimed at radically strengthening the combat capabilities of the Ukrainian Navy to enhance security in the Black and Azov seas. There are also rumors about the possible sale of a submarine. With this military cooperation, Turkey is enabling Ukraine to have real and meaningful tools to defend itself against a direct aggressor on the battlefield. It empowers Ukraine in Western capitals and gives Kyiv more options for its defense.

As fears mount over a possible second Russian invasion of Ukraine (or third if you count Catherine the Great’s invasion in 1783), Turkey holds a key position in the efforts to counter Russia, with a successful track record in Syria, Libya, and Nagorno-Karabakh, the only NATO member country besides the United States to face Russia on so many fronts.

Given its severe economic and financial crisis, however, with central bank reserves in the red and inflation skyrocketing, Turkey might hesitate to fulfill its commitment to Ukraine, since Russia would certainly retaliate using trade and Turkey’s trade volume with Russia is nearly six times that with Ukraine. Just last year, a few days after meeting Ukrainian President Volodymyr Zelensky, when Turkish President Recep Tayyip Erdoğan expressed his support for Ukraine’s territorial integrity, Russia announced it was suspending all but two weekly flights to Turkey. Although Russian officials said the ban was in response to the spike in COVID cases, many thought it was a warning shot to Ankara over its close ties with Kyiv. Russians spend about $7 billion a year on travel and tourism in Turkey, according to Russian central bank data, meaning the ban cost Turkey at least $500 million before it was rescinded. In a similar fashion, the Russian Federal Service for Veterinary and Phytosanitary Supervision, Rosselkhoznadzor, is regularly used as a foreign policy instrument, banning Turkish produce when Russia wants to express unhappiness with Turkey.

More troubling, it appears that decisions about the Turkish-Russian relationship are taken by Erdoğan and Vladimir Putin alone, behind closed doors. And Putin is getting what he wants, from Turkey agreeing to buy S-400 missile defense systems to awarding the contract for the construction of its first nuclear power plant (on the Mediterranean coast) to Russian-state-owned firm Rosatom. Furthermore, Turkey’s oppressive media environment stifles independent Turkish outlets while allowing Russian and Chinese government-sponsored ones to broadcast their propaganda messages to Turkish audiences.

The need for a healthy partnership

Ukraine and Turkey see eye-to-eye about Russian occupation of Crimea, and both countries committed to never recognizing the illegal annexation. Russia’s revival of abandoned military facilities in the occupied Crimea and relocation of sophisticated new weaponry there has significantly undermined the wider Black Sea security situation. This is not only a Ukrainian or Turkish problem. This is a security challenge with regional and global implications.

It’s a cliché of post-World War II Western European politics that the Franco-German relationship is the engine of the EU. Similarly, on the other end of the continent, a strong and healthy Ukraine-Turkey partnership holds the key to a secure and prosperous Black Sea region. As the implementer of the 1936 Montreux Convention, Turkey is positioned to keep track of any violations of the treaty and follow up on them. For example, Turkey prevented two U.S. Navy hospital ships, USNS Comfort and USNS Mercy, from transiting toward Georgia in 2008 because they violated Montreux’s tonnage limit, but allowed Russian submarines assigned to its Black Sea fleet to transit the Bosphorus to patrol in the Mediterranean, a violation of Montreux Treaty Article 12. Russia should not be allowed to interpret Montreux as it sees fit.

However, there are limits to what Turkey can do to help Ukraine militarily in its fight against Russia. Turkish-Ukraine defense cooperation is sure to increase the cost of war for Putin, but Turkey won’t risk going it alone, having experienced in Syria what it means to be ahead of the pack. Turkey wants to and will help Ukraine if it’s part of a joint commitment with the U.S. and European allies. And neither the U.S. nor Europe should be satisfied with any agreements signed by Putin’s Russia. Henry Kissinger said that the whole idea of signing treaties with Russia was to misunderstand their mentality. Russia operates by probing for weaknesses, “by kicking all the doors and seeing which fell off their hinges.”

Constraining Moscow’s expansionist policies in the Black Sea should involve practical steps, such as establishing a Black Sea maritime policing mission with a year-round NATO naval presence. Most importantly, however, is to have a common resolute position.

Yörük Işık is a geopolitical analyst based in Istanbul, where he runs the Bosphorus Observer, a consultancy analyzing maritime activity on the Turkish Straits. He is also a non-resident scholar with MEI’s Turkey Program. The opinions expressed in this article are his own.