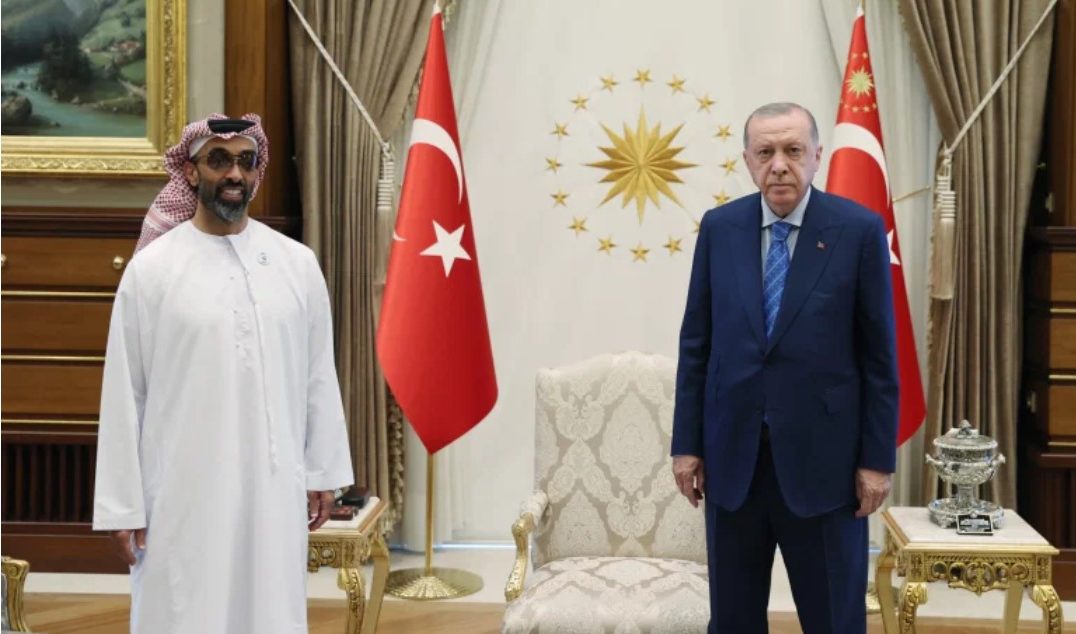 The United Arab Emirates (UAE) has set aside a $10 billion fund to invest in Turkey, the chairperson of one of the emirate’s sovereign wealth funds, ADQ, said in a statement late Wednesday.

MBZ arrived in the Turkish capital Ankara at the invitation of President Recep Tayyip Erdoğan.

The crown prince’s visit is his first to Turkey since 2012 and the first top-level meeting between the UAE and Turkey in recent years.

Agreements for cooperation in multiple fields including trade, energy and environment, as well as agreements covering direct investments in Turkey were signed.

Investment deals were signed between the Abu Dhabi Developmental Holding Company PJSC, which does business as ADQ, the UAE’s state investment fund and the Turkey Wealth Fund (TWF) and Presidential Investment Office.

Another agreement was signed between the Abu Dhabi Securities Exchange (ADX) and Turkey’s stock exchange, Borsa Istanbul, in addition to a memorandum of understanding (MoU) with the Abu Dhabi Ports company.

ADQ signed a cooperation agreement with Kalyon Group in the fields of energy, infrastructure and transportation, and with the CCN Group in health.

Earlier, the UAE’s Industry and Advanced Technology Minister Sultan Al Jaber said they are ready to set new targets for further investment and cooperation in different sectors with Turkey.

The visit by the Emirati crown prince, seen as the de facto leader and the force behind the UAE’s foreign policy posture, was his first official trip to Turkey since 2012, and the highest-level visit by an Emirati official since relations hit a low as the countries have battled for regional influence and backed opposing sides in conflicts. The crown prince’s brother, the UAE national security adviser Tahnoun bin Zayed Al Nahyan, visited Turkey in August in the first major step toward mending strained ties.

A statement from the Turkish president’s office had said the two leaders would discuss bilateral ties as well as steps that can be taken to expand cooperation. They would also exchange views on regional and international developments.

Turkish officials described MBZ’s visit as the “beginning of a new era” following years of hostility after Ankara blamed the UAE for financing the 2016 coup plotters in Turkey and undermining Turkish interests in Libya.