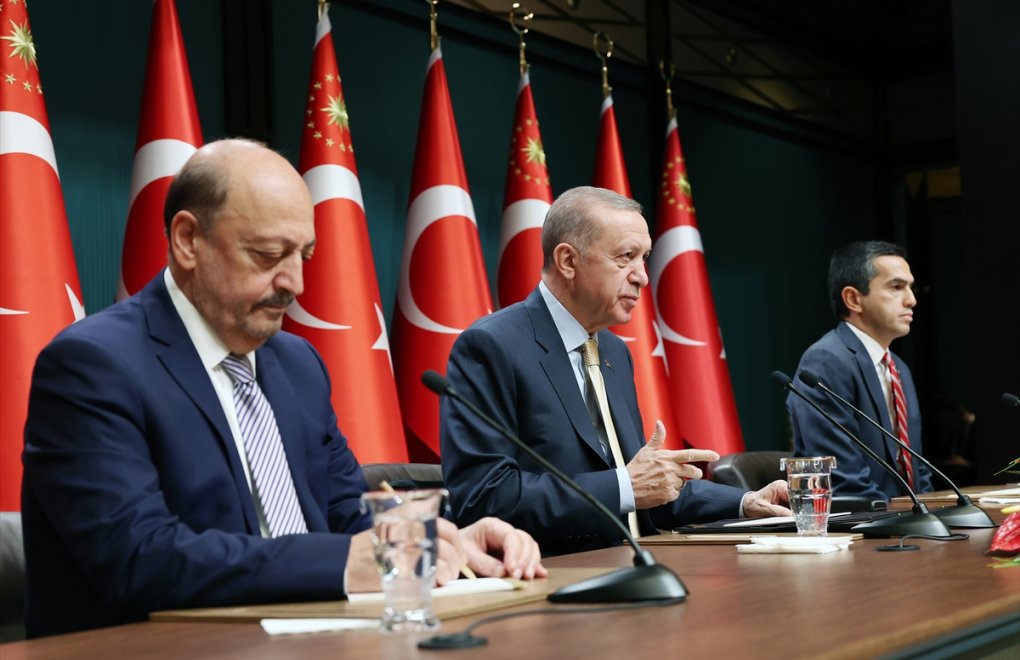 The wage may be adjusted mid-year if needed, Erdoğan said at a press conference together with the head of the employers’ union confederation and the labor minister.

In July, the government raised the minimum wage by 30 percent due to the high inflation rate, after a 50 percent increase at the start of the year.

Head of the Confederation of Turkish Trade Unions (Türk İş), Ergün Atalay, did not attend the press conference after the union’s demand of a 9,000-lira minimum wage was not accepted.

The raise concerns millions of people as 37 percent of the employed people in the country earn minimum wage, Minister Vedat Bilgin noted at the press conference.

“This month, we will witness a rapid decrease in the inflation. We are determined to decrease the inflation to 30 percent in the middle of [2023] and to 20s at the end of the year,” Erdoğan said.

The country’s inflation rate rapidly increased throughout the year, reaching the highest level in the past two decade.

The official annual inflation rate was 84.39 percent in November. ENAG, an independent group of economists, estimates it is more likely to be 170.70 percent.