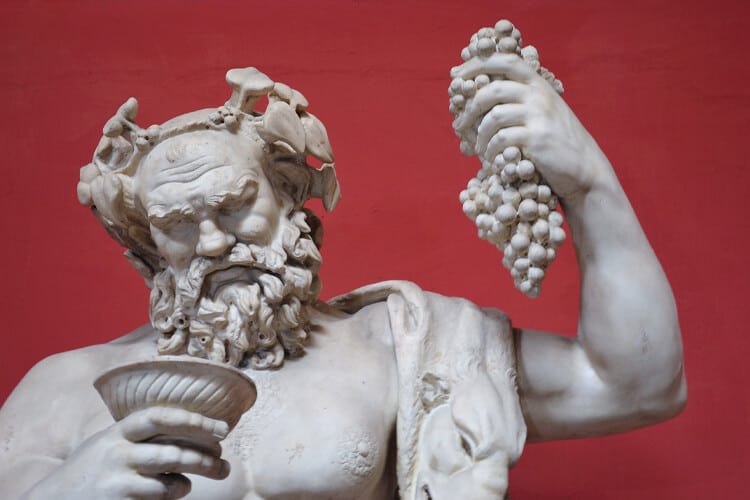 As one of the world’s oldest wine producers, with history that goes back around 7,000 years, Turkey’s winemakers are thriving in the revival of a deeply rooted craft.

Vineyards all across the country are finding success in the cultivation and production of both local and imported grape varieties, winning awards and making their mark on the international market.

For wine enthusiasts, Turkey is a burgeoning and mostly undiscovered destination, from the Aegean coast all the way to the hidden corners of Anatolia.

Here are some of the best Turkish vineyards by region:

Turkey’s first regional wine route, the Trakya Bağ Rotası (Thrace Vineyard Route) covers a large area that stretches from the northwestern frontier city of Edirne all the way down to Gelibolu at the top end of the Dardanelles Strait.

Chateau Nuzun was founded by Nazan and Necdet Uzun in 2004 with a conviction that good wines can only come from excellent grapes. The estate’s vineyards are grown using organic methods producing Cabernet Sauvignon, Merlot, Syrah and Pinot Noir.

A larger producer of wines that range from the Turkish Narince, Papaskarası and Kalecik Karası grapes to Riesling and Petit Verdot, Chamlija is one of the region’s more well-known names. Its bottles are always easily recognizable due to the original art on the labels, created by Irem Çamlıca, the daughter of the vineyard’s founder, Mustafa Çamlıca.

The Arcadia Vineyards, known for its low-intervention terroir wines, is also home to the Bakucha Vineyard Hotel where wining, dining and strolling among the vines and the orchards comprise a perfect stay for wine enthusiasts.

Aiming to reestablish Kırklareli as an important region for viticulture, Saranta bottled its first wines in 2011. One of the first Turkish vineyards to produce varietal wines from Ökügözü and Sémillon grapes and rosé from Cinsault grapes, the winery is set to open a modern hotel in 2023.

Prolific wine writer turned winemaker Şeyla Ergenekon and her husband Çağatay run Chateau Ergenekon, one of the smallest organic vineyards in Turkey, focusing on French grape varieties such as Syrah and Grenache. Just this year, the duo celebrated a gold medal win for their Bona Dea 2013 vintage at the Korea Wine Challenge 2022.

Umurbey is one of the more established Thracian vineyards, having been around since 1993. It’s one of Turkey’s first vineyards to produce wines from only its own grapes. There’s a distance of just 500 meters between vine and production facility.

The story of Barbare began in 2000, when Can Topsakal purchased land in Tekirdağ to begin his own vineyard after having studied in France. Alongside Xavier Vignon, a prominent oenologist and wine consultant for many chateau wineries in France, Topsakal has turned Barbare into an award-winning wine often matured in oak barrels.

Near the base of the Gallipoli peninsula, Chateau Kalpak was established by Bülent Kalpaklıoğlu in 1991 after having lived in America and France and leaving the world of investment banking. Years of experimentation and research ensured before the first wines were released in 2013. They’ve since garnered a prestigious three-star rating from the AWC Vienna, on par with Michelin stars in gastronomy.

An excellent location to taste wine and linger for a few days is Caeli Winery and its vineyard accommodation, Hotel Caeli. Under the guidance of the famed French wine consultant Michel Rolland, Caeli was founded in 2011 and concentrates on sustainable methods of wine production as well as innovation, including a specially designed cellar. Its hotel, more like a museum with 39 works of contemporary art, uses ingredients from the Caeli Farm and Ecological Garden in its gourmet restaurant.

Accounting for more than half of Turkey’s wine production, the Aegean region is perfect for wine cultivation and possesses a long list of endemic grape varieties that are enjoying their moment in the spotlight.

The story of Sevilen Vineyards & Winery goes all the way back to 1942 when its founder Isa Güner emigrated from Bulgaria to Turkey. The third generation of the family now runs Sevilen as well as the İsabey Bağları restaurant where excellent Aegean dishes and Sevilen wines from Sultaniye to Karasakız grapes, Cabernet Franc to Petit Verdot, are paired.

With each wine named after one of the seven sages, Yedi Bilgeler is another standout of the Aegean wine region, especially the architectural aesthetic of its hotel and restaurant, a synthesis of European chateaus and the caravanserais of Anatolia.

Winner of the 2022 Gold Medal from the Decanter World Wine Awards for its Boğazkere 2017 vintage, Perdix is a family-run organic vineyard in Urla where wine tastings are enjoyed by the pool, overlooking the modern glass-and-stone architecture of its facilities.

It is also in Urla that the area’s small vineyards have banded together to create the Urla Wine Route, celebrating a local history of winemaking almost 4,000 years old. Part of the route is the award-winning Urla Wines as well as MMG, USCA, Urlice and the Mozaik vineyards.

Founded in 2018 by Juan Pablo Diaz Leon and Ceylan Ertörer Diaz Leon, HUS is a family-run winery with a sustainable philosophy. Above the modern production facility, built in harmony with its natural surroundings, a tasting room and terrace look out over the vines and include two guest rooms for visitors who want to stay a bit longer.

Known for its wine production before the 1923 population exchange between Greece and Turkey, the viticulture of the Yağcılar village had been all but abandoned until Serhat Akbay began to work on its resurgence in 1999. With the establishment of the winery in 2017, the Iki Deniz Arası vineyard finalized its evolution, producing wines and offering tastings upon reservation.

A striking glass façade is the first visual introduction to Nif, a vineyard known for using “gravity flow” techniques to protect the aroma of its grapes. Its own Gastro Wine Bar is also the perfect place to taste the vineyard’s vintages, that range from Italian Montepulciano to Turkish Narince grape varieties, paired with dishes prepared from ingredients from the winemaker’s own garden.

Located in Balıkesir province, Madra was established by the former architect Fikret Özdemir in 2005 with its first wine production taking place in 2012. Isolated on top of the Madra Mountains, the vines benefit from an altitude of 500 meters, producing fragrant wines like Bornova Misketi and Öküzgözü as well as Pinot Noir and Chardonnay, all of which can be sampled in the Madra tasting room.

Of course, no mention of Turkish Aegean wines would be complete without a trip to the island of Bozcaada, whose town center is a collection of wine shops and bars presenting the best of its endemic grapes. Some of the standouts on the island include the long-established Talay and Çamlıbağ wineries, and the award-winning Corvus vineyard.

On the Bodrum peninsula, vineyards are slowly popping up among the landscape, experimenting with grape varieties and the temperament of the land. Karnas Vineyards, inspired by the wineries of Napa Valley, mainly produces Zinfandel wines, often paired with gourmet dishes in its vineyard restaurant. Other Bodrum winemakers include the well-known Garova Vineyards, founded by Mehmet Vuran, and Mor Salkım, founded by the late Hasan Tahsin Erdemir in 2015 and continued by his family, who also host live music days in their vineyard café.

The Çal Bağ Yolu is one of Turkey’s newest wine routes, established in 2021 to form an alliance among the area’s four vineyards and help rejuvenate Çal’s historic viticulture.

One of the youngest vineyards here is Kuzubağ, founded by Salih Kuzu and his daughter Aslı Kuzu, locals of nearby Hançalar village. Located at an elevation of 850 meters, the family winery produces the local Çalkarası grape as well as Kalecik Karası, Öküzgözü, Narince, Chardonnay and Sauvignon Blanc.

Also on the route is Küp, one of Turkey’s most established vineyards, dating back to 1959. It’s currently being operated by the Altıntaş family’s second and third generation, who dramatically modernized facilities, including a tasting room, specially designed cellar and fully equipped laboratory.

Other members of the route include Lermonos, founded by Hürriyet Yılmaz, who restored one of Çal’s first wineries and brought it back to life, and Erdel, which operates the Hanchalar winery with its Kalecik Karası rosé and Oküzgözü Syrah blend.

One of the more difficult regions for wine production in Turkey still has successful vineyards, including the Kavaklıdere Winery, Turkey’s first private sector wine producer founded in 1929 by Cenap And.

Founded in 2003 by two female entrepreneurs who moved to Ankara’s Kalecik district to produce the local Kalecik Karası grape, Tafali opened its winery in 2019 and has since welcomed guests to its bucolic vineyard.

Famous for its fairy chimneys, the Cappadocia region is also known for its wines, including Gelveri, in the not-so-touristic haven Güzelyurt, which produces natural wines in a restored Greek stone building, lovingly called Taş Mahal (Stone-Mahal). Other important wineries include Turasan, one of the region’s oldest wine producers and Kocabağ, founded by Mehmet Erdoğan in his backyard in 1972 and now a modern family-run winery.

The grand tour through Turkey’s vineyards ends near Kayseri, in the Vinolus winery and the Sunolus Boutique Hotel. An organic vineyard producing Narince, Chardonnay, Roussanne, Kalecik Karası and Tempranillo, Vinolus was founded by the biologist and yoga instructor Oluş Molu who took over her family’s farm and turned it into one of Turkey’s few vineyards certified with the ECOCERT label.