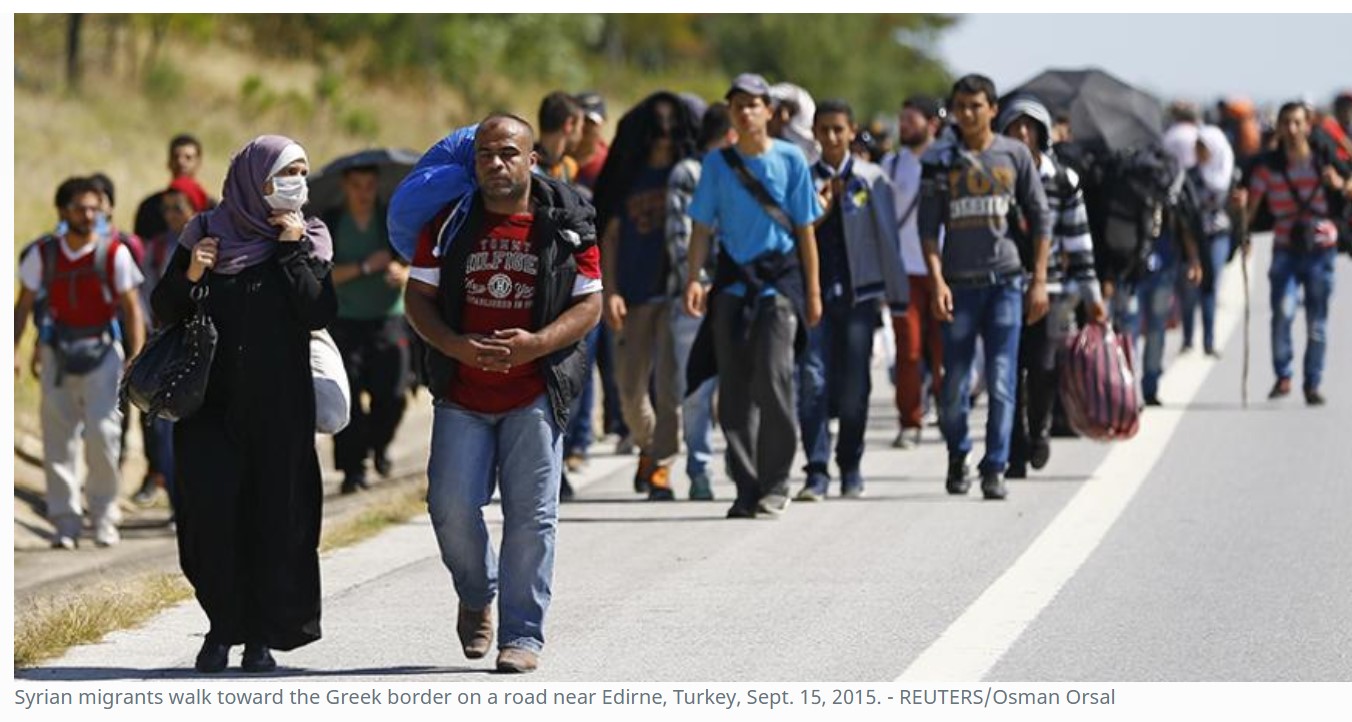 The Turkish people’s three top security challenges are immigration, terrorism and inter-state war, while Western countries are mostly concerned about climate change and Russia, the latest Transatlantic Trends report, published by the German Marshall Fund of the US on Thursday, revealed.

The 2022 edition of the survey was conducted in 14 countries between June and July 2022. The 11 European countries are France, Germany, Italy, Lithuania, The Netherlands, Poland, Portugal, Romania, Spain, Sweden and Turkey. The other nations are the US, UK and Canada.

Turkey is also the country that desires the least US involvement in the defense and security of Europe. Compared to 88 percent of Poles, 86 percent of Lithuanians and 85 percent of Portuguese, only 38 percent of Turks back the US role in European security.

The traditional skepticism regarding the US remains among Turks. While a clear majority of respondents in Europe approve of US President Joe Biden’s handling of international affairs, the approval is highest in Poland and lowest in Turkey.

In the same vein, Turkey is the only country with a large majority (67 percent) with negative views of US influence.

“The perceived security threats of the Turkish population differ significantly from those of their NATO allies,” Nils Lange, research fellow at Konrad-Adenauer-Stiftung Turkey, told Arab News.

“It is important that European partners continue to support Turkey on migration, especially in tense times, and that NATO allies support and listen to Turkey in the fight against terror,” said Lange.

The survey in Turkey was conducted with 1,063 people face-to-face and 500 online between May and July, with the financial support of the Konrad-Adenauer-Stiftung’s Turkey branch.

The countries with the least positive views of Turkey’s reliability are Sweden (11 percent), Germany (17 percent), France (18 percent), and the Netherlands (19 percent).

In Turkey, perceptions about the US’ reliability have also plummeted from 23 percent in 2021 to 17 percent this year.

GMF Ankara Office Director Ozgür Unluhisarcikli thinks that this is the single most important finding of the survey.

“Alliances are built on shared interests and values but thrive on mutual trust. The mutual distrust between the Turkish public and publics of Turkey’s allies highlights the main problem (of) Turkey’s relations with allies,” he told Arab News.

As the Turkish population’s trust in other countries has continued to decline, Lange said the countries on which Turks have less trust surprisingly included Germany, which traditionally enjoys a relatively high level of trust in Turkey by comparison.

“However, on the other side, the German population seems to have very little confidence in Turkey,” he said.

“Considering the fact that the Turkish population however sees Germany as the most influential country in Europe, the German government must take a closer look at the relations with Turkey. They must also decide how Turkey’s future relationship with Europe should be shaped.”

According to Lange, the relatively well-meaning attitude of the Turkish population toward Germany and the negative perception of Turkey and its government among the German population form a stark contrast that must be addressed through greater education.

“It is a fact that the average German knows too little about Turkey and its people,” he added.

About 3 million people of Turkish origin currently live in Germany, which began hosting guest workers from Turkey in 1961.

Sweden is perceived as the most reliable partner across all countries surveyed (71 percent), with the exception of Turkey, with 33 percent.

Although there is overwhelming support in Europe (73 percent) for Finnish and Swedish membership of NATO, only 36 percent of Turks are in favor, while almost one third of respondents strongly disagree with this membership.

In late June, Turkey reached a deal to support the two Nordic countries’ bids to join NATO after an intense diplomatic deadlock on the grounds that they had failed to react positively to Ankara’s extradition requests.

In Turkey, a significant number (58 percent) say the EU is important to their country’s security, with younger respondents considering the EU as important for national security.

But a majority of respondents in all countries, except Turkey, see the EU’s influence in global affairs as positive. A total of 53 percent of Turks consider the EU’s global influence as negative.

Similarly, Turks are also against the Russian and Chinese influences in global affairs, as they consider it as negative by 66 percent and 68 percent respectively. In managing their country’s relations with China and Russia, 56 percent of Turkish respondents also prefer pursuing an independent approach.

Lange thinks that these results show that the Turkish government’s desire for a more autonomous foreign policy is gaining ground in society.

To read the full article: https://www.arabnews.com/node/2172236/middle-east