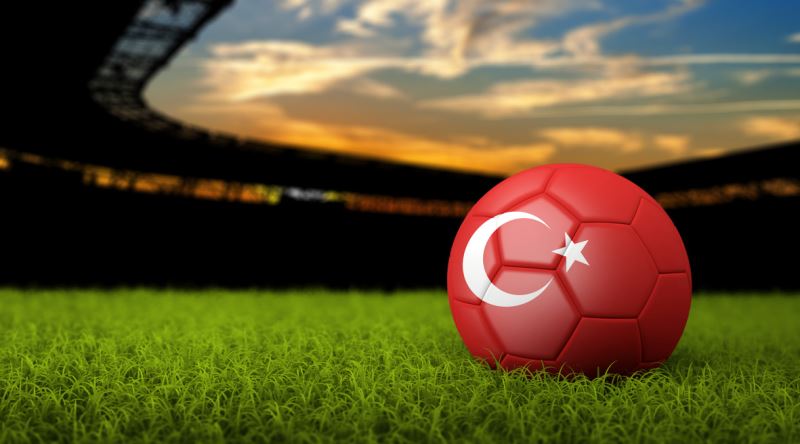 Pity the fans of Trabzonspor, a football club from Turkey’s Black Sea region. In May, the team was crowned champions of the Super Lig, Turkey’s answer to the Premier League, for the sixth time in their history. Three months later, they lost to FC Copenhagen in the Champions’ League play-offs meaning that, for the first time in 27 years, no Turkish team will play in the tournament.

Trabzonspor’s defeat was a drop in a wider malaise. The Turkish game has been in decline for a decade, battered by mismanagement, political interference and the devaluation of the Turkish lira, which is worth just one-eighth against the euro what it was in 2012. Turkish clubs are deep in debt – 1.9 billion lira (£90.75 million) in Trabzonspor’s case – and still borrowing money, while others are relying on wealthy patrons. Fenerbahce is 6.4 billion lira (£305.75 million) in debt, yet has signed an average of 30 players each season since Ali Koc, scion of one of Turkey’s most famous business dynasties, took over the presidency of the club in 2018.

This downturn is very bad news in Turkey, where football is quasi-religion. Istanbul’s ‘big three’ clubs – Galatasaray, Fenerbahce and Besiktas – serve as a kind of retirement home for star foreign players at the end of their careers, and the quality of the Turkish game lags far behind the big European leagues. Yet the passion of Turkish fans eclipses anything you will see in better-off leagues.

Taraftarı – football partisans – let off flares and bang drums inside their stadiums, wait in their thousands at the airport to greet new signings, and throw huge impromptu street parties when their side wins. In 2011, Galatasaray fans broke the Guinness world record for the loudest crowd chants recorded at a sports stadium. In previous years, European club matches have brought the world’s biggest clubs – and their fans – to Turkey, boosting both the economy and the country’s profile.

Trabzonspor’s defeat was a drop in a wider malaise

‘Just as the troubles in the Turkish economy are deepening, football is doing worse and worse on the Bosphorus as well. There is an undeniable cause-effect relationship between the economy and other areas of life, including sport,’ said Bartosz Sawicki, market analyst at Conotoxia fintech, a currency exchange and money-transfer company which conducted an analysis on the effect of Turkey’s economic crisis on its football.

Conotoxia’s report shows a stark deterioration in the fortunes of Turkey’s football clubs over the past four years, just as the Turkish economy has tripped into the abyss. ‘Year-on-year inflation has reached almost 80 per cent, the unemployment rate is in double digits, and the drama is completed by a high deficit in public finances and a dire situation in the international balance of payments,’ Sawicki said.

In 2018, Besiktas made it through to the Champions’ League finals without losing a single match in the group stage. Now, none of the players in any of Istanbul’s big three are worth more than 20 million euros (£18 million) and offers for broadcasting rights are falling. There are now no Turkish teams in Uefa’s top 40 rankings.

Meanwhile, President Recep Tayyip Erdogan, himself a former semi-professional footballer, has overseen the reconstruction of stadiums around the country during his 20-year tenure, many of which ran far over budget with construction contracts seemingly awarded to cronies. The Passolig card ticketing system, introduced in 2014 to tackle hooliganism, has mostly benefitted Aktifbank, which issues the cards and is owned by Calik Holding, a conglomerate once headed by Berat Albayrak, Erdogan’s son-in-law and former economy minister.

Erdogan has declared himself a fan of Basaksehir, an Istanbul team that came from nowhere to win the 2019-2020 Super Lig, having benefitted from close links to the country’s ruling AKP party. In 2019, Erdogan was best man at the wedding of Mesut Ozil, the German-Turkish midfielder and ex-Arsenal star who was the target of anti-Turkish abuse when Germany crashed out of the 2018 World Cup. In 2021, Ozil transferred to Fenerbahce, where he played just six games last season and is reported to have not been paid for six months. This season, Ozil has transferred to Basaksehir.

‘Basaksehir’s success is directly connected to politics. On the other hand they have done many correct things in terms of team building,’ says Bagis Erten, a sports journalist and lecturer in sports and media at Istanbul’s Kadir Has university. ‘But they have zero fan base. None. That is their failure. Everyone expects instant success in Turkish football, but never plans for the next step. They have no connection with the society.’

Stadiums are packed again at the older clubs after the disaster that was covid. But Erten says that clubs are teetering closer to bankruptcy. A place in the Champions’ League finals would have handed Trabzonspor an extra 10 million euros (£9 million) – a significant sum for the club – as well as bringing big crowds to the city.