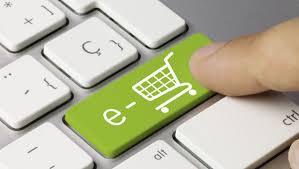 E-commerce trade volume in Türkiye soared 116 percent year-on-year in the first half of 2022 to stand at 348 billion Turkish Liras ($18.7 billion).

The number of orders rose 38 percent in January-June compared with the same period of last year to 2.29 billion, a report by the Trade Ministry showed.

Retail e-commerce volume reached 233 billion liras in the first half of the year.

The share of e-commerce in retail trade increased from 17.6 percent a year ago to 18.5 percent in the January-June period of 2022. E-commerce per capita expenditure for the age group between 18 to 70 was 4,964 liras with Istanbul taking the lead.

Per capita spending in Türkiye’s largest city was 9,857 liras, followed by Ankara at 6,064 and İzmir, the third largest city by population at 5,230 liras.

Nearly 489,000 enterprises engaged in e-commerce in the first six months of 2022 with 13,400 companies carrying out businesses both on their own websites and on e-commerce marketplaces.