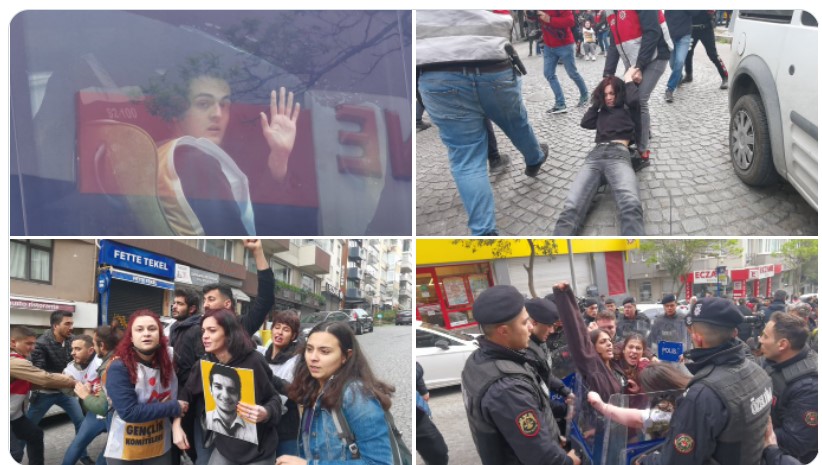 The Istanbul governor’s office had allowed May Day celebrations to be held in another district and deemed gatherings in all other locations as unauthorised and illegal.

A Reuters journalist saw riot police brawling with and handcuffing protesters, images of which were shown on television by domestic broadcasters.

Police also detained 30 people in central Besiktas and 22 others in Sisli districts, the Demiroren News Agency reported. A statement from the Istanbul governor’s office on Sunday said that 164 protesters had been detained across the city for “attempting to hold illegal demonstrations.”

Marches led by workers and unions are held on May 1 every year as part of International Labor Day celebrations in many countries.

Turkey’s annual inflation rate is expected to rise to 68 percent in April, driven higher by the Russia-Ukraine conflict and rising commodity prices, receding only slightly by the end of the year, a Reuters poll showed on Thursday.

The soaring inflation and the economic hardship it causes were cited in May Day statements from several groups.

“Our main theme this year had to be cost of living,” the head of the Confederation of Turkish Labor Unions (Turk-Is), Ergun Atalay, said as he placed a wreath in Taksim Square and demanded that minimum wages be adjusted monthly to reflect rising prices. “Inflation is announced at the beginning of each month. The inflation rate should be added to wages every month,” he said.

May Day is a time of high emotion for participants and their causes, with police on the ready.  Erdogan government has a policy of cracking down on all street demostraitons not approved by the party.

Because of the first day of Edi, most of the Tukrish media is working with redcued staff.  PATurkey will update this news item, if large   scale demonstration took place in other cities.