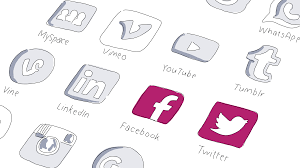 This exhaustive research about how the public receives information by Istanbul Policy center is the key to understanding changing voter dynamics in Turkey. President Erdoğan’s control over the media is not as absolute as it seems. In this new report, the authors argue that government censorship has fueled distrust toward the media and rapidly changed how Turks get their news. In a nationally representative survey, 70 percent of Turks thought that the media was “untrustworthy,” 56 percent said the press was “not able to speak freely,” and citizens are increasingly turning to online news sources more independent of government control.

PA Turkey presents critical paragraphs from the study, with a link to the full article at the bottom.

First, current trends are likely to further intensify political polarization by enhancing the ability of partisans and foreign actors to spread misinformation. Second, in the domain of foreign policy, the government’s manipulation of the media has curbed public scrutiny and thus lowered the political costs of risky decisions. Finally, changing patterns of news consumption could affect President Erdoğan’s ability to win—or coerce—electoral majorities: The government has won some votes through its censorship, but by driving Turks toward online outlets and social media, it has also created growing political vulnerabilities.

In particular, mistrust is pushing citizens toward online media sources that tend to be more independent of the government. A statistical analysis of CAP’s data found that if an individual thinks that the media in Turkey is generally untruthful, one can be 95 percent confident that they are less likely to rely on television as their primary source of news—and 99 percent confident that they are more likely to rely on social media. These statistical results hold even when one controls for a respondent’s party preferences and eight different demographic variables.

What is more, the effect of distrust is quite large and quantifiable: All else being equal, the likelihood of relying on television for news is 79 percent for Turks who trust the media but 66 percent for those skeptical of the media.

The increasing fragmentation of Turkey’s media sphere has potentially major implications for Erdoğan’s political fortunes. On the one hand, Erdoğan’s efforts to coerce more positive media coverage have won him votes. While many observers assume that the Turkish media is an echo chamber that merely reinforces existing partisan preferences, scholars Ali Çarkoğlu and Kerem Yıldırım found in a recent study that media coverage in fact “has a substantial influence on vote choice.”69 The authors looked at data from nationally representative surveys, in which Turks were asked about their preferred party and choice of newspaper before an election and then asked afterward about the party for which they had ultimately voted.

The results showed that when a respondent’s chosen newspaper gave a certain party favorable coverage, they became significantly more likely to switch sides and vote for that party. For instance, if an individual originally planned to vote for the CHP but then read a pro-AKP newspaper such as Posta or Sabah, they became more likely to change their mind and vote for the AKP. And notably, as of 2015, sizable minorities of CHP voters did read pro-AKP papers. This research and related studies suggest that the AKP’s control over television, radio, and print newspapers has allowed it to bolster its public support. As Çarkoğlu and Yıldırım note, the partisan competition to shape media content and the government’s tutelage of the media are “not in vain.” Media coverage, at least in newspapers, has “a critical impact on voters,” even in a severely polarized country such as Turkey.

On the other hand, trends in media consumption have created two growing political vulnerabilities for Erdoğan. For one, as Turks increasingly migrate toward online news sources that the government is less able to control, they may be exposed to more critical content and thus become more likely to oppose the president. A statistical analysis of CAP’s survey data found that Turks who relied on online platforms or social media for news, as opposed to television, were significantly more likely to disapprove of President Erdoğan, even after controlling for their vote in the November 2015 elections. That is, imagine two Turks who both voted for the AKP in 2015 and are equivalent across a range of demographic characteristics; if one relies on online news or social media while the other relies on television, one can predict with 95 percent confidence that the former is more likely to disapprove of President Erdoğan.

This finding suggests that usage of online news may engender increased disapproval of Erdoğan, that misgivings about the president may cause Turks to turn to online sources, or both of the above. Neither explanation is good news for Erdoğan, though the former is much worse. The move toward online news and social media thus has the potential to undermine the president’s popularity even within his own camp.

For the moment, however, that threat is contained. AKP voters have largely remained reliant on traditional news sources such as television, rather than switching to online platforms. Even though almost one-third of AKP supporters viewed the Turkish press as unfree, this perception does not seem to have motivated major changes in media consumption habits, with just 12 percent reporting that they get their news primarily from online outlets or social media.

Still, over time powerful societal trends are likely to push increasing numbers of AKP voters, especially young voters, toward online news sources that the government is less able to control. Indeed, given global trends toward online news in general and social media in particular, President Erdoğan and the AKP may be fighting an uphill battle in this regard.

Perhaps the more immediately significant vulnerability for President Erdoğan is that online news and social media could facilitate the formation of breakaway factions from the AKP, in the same way that these platforms probably aided the İYİ Party’s split from the MHP. In the past few months alone, Erdoğan has faced two such threats from within the conservative camp. Ahmet Davutoğlu, who previously served as foreign minister and prime minister in successive AKP governments, launched the new Future Party in December 2019.

Probably an even greater threat to the president is the Remedy Party, founded this March by Ali Babacan, who held top posts in AKP governments from 2002 to 2015. Much like Istanbul Mayor Ekrem İmamoğlu and other opposition figures, these two leaders have sought to use online platforms such as Medyascope and social media networks to win over disaffected and especially young voters. Given that the AKP and MHP won a narrow victory in the 2018 parliamentary elections with 54 percent of the vote, the loss of just a few percentage points to these new parties could deprive the government of its legislative majority and reinvigorate the opposition.

President Erdoğan’s vulnerabilities help explain why his government has gone to such great lengths to rein in critical voices on social media. The AKP’s efforts in this vein have a long history: From 2007 to 2010, the government banned YouTube, and during the 2013 Gezi Park protests, it began to “throttle” Facebook and Twitter, dramatically slowing internet traffic on these sites. Most recently, in April 2020, the government prepared a draft law that would grant the state “direct control” over social media platforms, going even beyond the current system, wherein the government removes hundreds of Twitter accounts each year by submitting requests to Twitter.

Although the proposed legislation was subsequently withdrawn, many in the opposition fear that the government will soon push for similar measures. Furthermore, in late March and April, Turkey’s Interior Ministry detained more than 400 social media users for “provocative” posts about the coronavirus. Yet this repression has also demonstrated social media’s resilience, as an online campaign emerged to press the government to release the detainees.

To read the entire article, click the link here