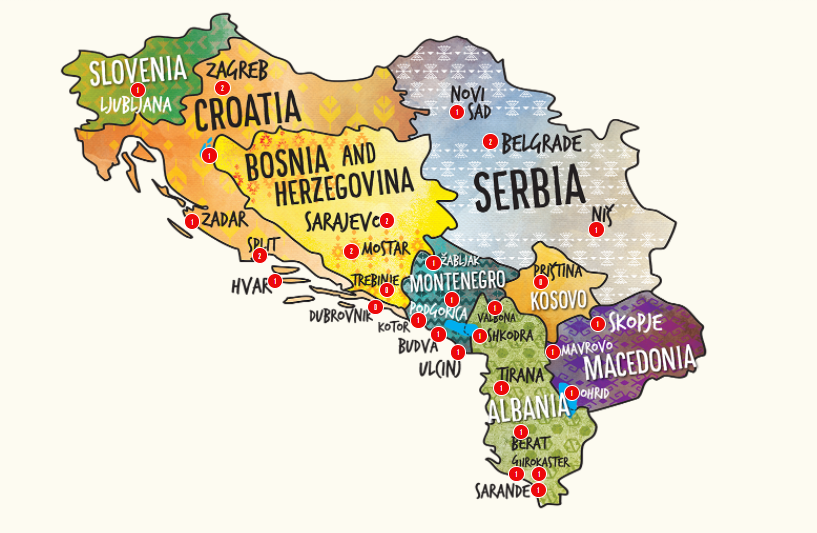 Turkey is one of a handful of countries using charity and aid to extend its influence to other countries, despite people at home suffering from poverty, lack of jobs, rising inflation, and increasingly authoritarian rule.

According to data published in an article by Daily Sabah, a pro-government daily, Turkey supplied aid to more than 14 international organisations working on alleviating the damage of the pandemic. In addition, it has provided aid in various formats to more than 131 countries, from Senegal to Norway and Montenegro, Spain, and China.

The aid provided was diverse and included ventilators, PPE equipment, COVID diagnostic kits, money and even fully-build and operational hospitals.

But it did not stop there. Turkey has also dolled out vaccines to around 20 countries, including most Western Balkans and several African states. The country is now developing its vaccine, Turkovac, which will likely be pushed out to those that have failed to get their hands on Western vaccines.

According to the Daily Sabah, “Turkey had raised its profile as a generous nation through its humanitarian efforts over the past two decades.”

In addition to its humanitarian efforts, Turkey has worked hard to position itself as a leading trade partner in the region. At the end of December, the Turkish parliamentary speaker Mustafa Sentop announced 600 Turkish companies operate in Albania, employing more than 15,000 people He added that his country had invested some $3.5 billion in the country while reaffirming its support for Tirana’s EU accession.

So close is the relationship between Ankara and Tirana that some refer to President Recep Tayyip Erdogan as the Sultan, and Albanian Prime Minister Edi Rama, as the Pasha, a reference to Albania’s days as a part of the Ottoman Empire.

Of course, the generosity of Turkey is to be commended. No doubt, their donations have saved many lives and lessened the burden of the pandemic on countries in need. Additionally, the distribution of vaccines to third countries when the EU is hoarding doses and refusing to consider intellectual property waivers is also worthy of note.

But what is the cost?

A May 2020 European Parliamentary question from French MEP Julie Lechanteux noted that Turkey “took advantage of the COVID-19 crisis to appear more effective and united vis-a-vis the countries of the Balkans with a medical aid diplomacy intended to improve its image in the former territories of the Ottoman Empire and to increase its influence in the region.”

She continued that the operation appears to be part of a political strategy that “openly clashes with European interests.” The question concluded by asking, “given that Turkey is still officially an EU candidate country, what is the Commission’s position concerning Turkish influence in the Balkans?”

EU neighbourhood and enlargement chief Oliver Varhelyi’s reply was short and noted that “fostering cooperation and good neighbourly relations between EU countries, Western Balkan partners and Turkey is an important element for stability on the European continent.”

Following the Western Balkans’ long and likely to be extended stay in the enlargement waiting room, Turkey is one of several countries that have moved to cement their influence in the region.

Serbia, backed by Moscow, Russia, China, and Turkey, have all used various kinds of diplomacy, including infrastructural, financial, trade, medical, and mediatory, to fill the void left by the EU.

Some say that Erdogan fosters dreams of being a regional power-broker, mainly due to his involvement and close relationships with leaders of Albania, Kosovo, Montenegro, and Bosnia and Herzegovina. He has met with Milorad Dodik, Zoran Milanovic, Edi Rama, and even Aleksander Vucic in recent months.

Ankara even announced it would lobby for Kosovo’s independence while signing secret agreements to deport alleged “Gulenists” from the country and neighbouring Albania. These cases, involving more than 100 people, were described by United Nations rapporteurs as “extraterritorial abductions”, “forcible return”, and “enforced disappearances.

Others accused of succumbing to Ankara’s demands while circumventing their own laws include Lebanon, Pakistan, Gabon, Cambodia, Azerbaijan, and Kazakhstan.

Education in the spotlight

Erdogan blames 2016’s failed coup d’état on the followers of exiled educator and cleric Fethullah Gulen and has rounded up thousands of alleged followers, imprisoning many and disappearing others.

It is perhaps these extraterritorial abductions that are one of the most sinister consequences of Turkey’s influence. Furthermore, on official visits, Turkish officials have made it clear they expect states to cooperate in the Gulen crackdown if they want to enjoy mutually beneficial future relationships.

This ‘crackdown’ has also included the mass shutting down of Turkish schools, not aligned with the state, in various Balkan countries. In Albania, the Turkish government applied pressure to shut down schools allegedly linked to the Gulen movement, and some were raided by police while students were present and without authorities providing a court order.

Meanwhile, the state-affiliated Maarif Foundation has more than 353 schools in 67 countries worldwide, and it continues to grow. The foundation was at the centre of controversy in May 2021 when it was found that the Turkish government had increased its funding by over 300%, pushing its annual budget to over EUR 140 million.

All of this took place while the domestic education system was suffering.

Head of the Union of Labourers in Education and Science, Orhan Yildirim, told Turkish daily Cumhuriyet that this means many students won’t meet their learning goals.

“All the financial resources spared for the Maarif Foundation mean that the needs of millions of families and students who continue their lives in economic hardship will be transferred elsewhere.

The MEB has not provided computers, tablets or the internet for students doing distance learning (in the pandemic) but shares this tremendous amount of budget money with the Maarif. This is the hand of the state seizing the rights of our children,” he said.

In terms of COVID-19, while Turkey has some of the highest vaccination rates in the Balkans, it has not fared the pandemic well. The government came under sharp criticism for prioritising political and economic issues over public health.

The government has been repeatedly accused of manipulating statistics and covering up the real impact of the pandemic.

Now the country is grappling with soaring inflation, 36% at the time of writing, putting the wellbeing of millions at risk. Economists suggest figures could reach 50% by spring unless Erdogan does something. But instead of addressing the situation, Erdogan maintains that all will be well and continues pumping money overseas.

Meanwhile in Tirana, a black marble monument sits amid the lake park, paying tribute to the over 2,000 people killed in the failed coup. Replaced once due to vandalism, it is a stark demonstration of just how much power Erdogan yields in its former territory. When you consider Albania does not have a memorial to the tens of thousands killed during communism, or the over 6,000 still missing, everything begins to fall into place.