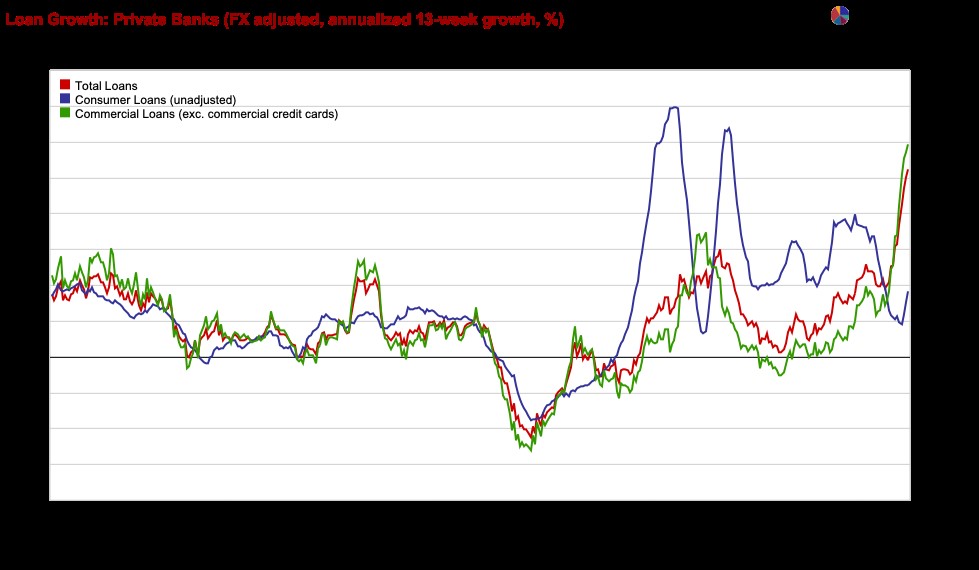 According to Bloomberg and its  own website, Turkey’s central bank revised some reserve requirement rules for banks in an effort to keep loan growth in check and encourage conversion of foreign exchange into the local currency.

The Treasury and the Central Bank had instituted several measures over the last month to boost CB’s dwindling FX reserves.  Exporters are now required to repatriate all earning above $15K home, surrender 40% of these to CB, while dollar-based trade in good and services are effectively banned.

The monetary authority said banks’ local currency-denominated commercial cash lending – excluding that which involves small and medium-sized enterprises, and export and agricultural loans – will be subject to reserve requirements.

Commercial loans that have been extended in four-week periods since April 1 shall be subject to a reserve requirement of 10 per cent, the central bank said.

It also raised reserve requirements for personal accounts at lenders that did not meet the target of converting foreign currency-denominated accounts into lira. The monetary authority increased the ratio for foreign currency deposits by 500 basis points for banks with a conversion rate below 5 per cent, and 300 basis points for those with a rate of between 5 per cent and 10 per cent.

The changes will be effective from the calculation date of May 27, with the maintenance period starting on June 10, it said.

The revision of reserve requirements came after the central bank kept its benchmark rate at 14 per cent for a fourth straight month despite inflation exceeding 60 per cent. Rather than adding to Turkey’s rate buffer, authorities are leaning more heavily on other policies that could bring in more hard currency and boost the central bank’s reserves.

Deepening trade imbalances and the world’s most negative borrowing costs when adjusted for prices have made the $800 billion economy increasingly vulnerable at a time of intensifying global tightening led by the US Federal Reserve.

Opting for unorthodox policies has limited the central bank’s FX reserve losses so far this year. The nation’s gross reserves excluding gold holdings stood at about $69bn in the week ending April 15, down about 5 per cent from the end of 2021.

On the other hand, thanks to soaring energy and food prices, the currency account deficit could soar from $19bn in 2021 to $40-50 bn in 2022, depending on the forecaster.

Local sources claim Finance Ministry and the Wealth Fund are touring the world trying to secure up to $30 bn of short-term loans to prevent another TL crash.

In the meantime, it is clear that with several categories of trade-and finance-related FX transactions being banned, Turkey is in a soft capital control regime. Bankers spoke to the press complaining that individuals  requesting large FX fund transfers abroad are being discouraged via MASAK inquiries, Turkey’s anti-money laundering agency.