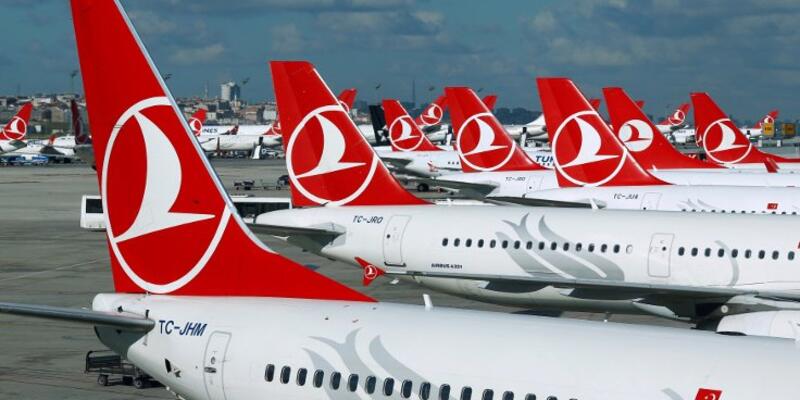 Turkey’s location as a burgeoning crossroads for international trade, combined with growing demand for air freight capacity, is leading to new shipping investments there. Turkish Airlines, the fourth-largest cargo airline in the world by volume — not including FedEx and UPS — and small independent carrier MNG Airlines continue to add to their fleets, with startup Air Anka joining the field in recent weeks.

Logistics experts say Istanbul airport offers opportunities for cargo transfers between the East and the West because of its proximity to Europe, but it will be difficult to match the Middle East transshipment strongholds of Dubai and Doha, Qatar. Emirates and Qatar Airways, respectively, channel traffic through their home-country hubs to connect to more countries in which they have takeoff and landing rights.

And, said Mark Diamond, vice president of consultancy Strategic Aviation Solutions International, Turkey needs airlift to support its substantial domestic market. Turkey is the 23rd-largest economy in the world and has eight times the population of the United Arab Emirates.

Turkish Airlines is the cargo leader with massive global scale and scope, incorporating more than 350 passenger aircraft and 20 widebody freighters.

“Turkish Cargo’s growth has demonstrated the value of an integrated passenger belly and dedicated cargo fleet. It has also benefited from the power of global connectivity linking hundreds of global origins and destinations via a cargo-supportive airport encouraged by a supportive government,” said Glyn Hughes, executive director of The International Air Cargo Association.

Other all-cargo operators in Turkey include ULS Airlines Cargo, with three standard Airbus A310 freighters; and ACT Airlines, which flies five Boeing 747-400s and specializes in short-notice charter flights.

Turkish Airlines Cargo has moved from a 1.8% market share in 2016 to 5.2% last year, according to figures from the International Air Transport Association. It is now the largest European carrier in terms of cargo volume.

The airline continued to invest in cargo during the pandemic, including the construction of a new mega-cargo terminal at Istanbul Airport that opened at the end of 2021.

“We made cargo a core business. Now we are working on our next 2025 vision: to make Turkish top three in terms of service. This will take us high in volume too, but we want to focus on customer reliability and experience,” Turhan Ozen, chief cargo officer, said on STAT Media Group’s “Cargo Masterminds” podcast in April.

The company said in its annual report that it is steadily boosting performance in key metrics such as cargo flown as booked and on-time rates.

In 2021, Turkish Cargo set a revenue record of $4 billion, beating its strategic target by two years, and outperformed the industry on volume growth. Freight-ton-kilometers, a measure of volume carried by distance, increased 34% to 9.1 million compared to a sector gain of 22%. The company expanded the number of cargo destinations from 95 to 98, including Newark International Airport in New Jersey.

A diversified service portfolio, an extensive route network and interest in space guarantees because of tight industry capacity have helped attract customers, with key accounts now representing more than a third of total cargo revenue.

Turkish operated more than 3,200 cargo-only passenger flights last year using 16 widebody aircraft, including two A330s optimized for cargo transport with their seats removed. During the peak of the pandemic, when passenger flying nearly stopped, the company utilized 35 auxiliary freighters. The airplanes were phased back into passenger service this year as travel demand rebounded.

The facility is not only very large, but it’s also technologically advanced.

It is being built with a lot of automation and technologies to speed up processing and minimize physical labor, including automatic storage systems, robotics process automation, a fully integrated warehouse management system and digital tracking to reduce sorting errors. Future plans call for the integration of augmented reality and unmanned ground vehicles.

The autonomous systems can transfer cargo to storage locations without the use of lifting equipment. The high-bay racks actually move up and down in shafts, stopping at the main level for placement or retrieval. Specialized scanners automatically measure the volume and weight of air containers, which are then routed by the system to their storage location, according to Turkish Cargo’s website.

Automated systems integrate work orders into the workflow, which shortens the distance cargo is moved within the facility by reducing wasted movement.

“The global air cargo value chain is very fragmented. There are lots of regulations. It creates lots of steps and several parties that need to act in coordination to provide maximum service,” Ozen said on the podcast. “We believe digitalization provides a unique opportunity to integrate with partners so we can act like one unit according to the customer’s needs.”

Turkish Cargo more than doubled temperature-controlled space at the hub.

It is also introducing a revenue management system this year to make bookings more responsive as more sales migrate to digital channels.

In July, Turkish announced an outsourcing agreement with YTO Cargo Airlines, an express operator in China, to fly four weekly flights on its behalf between Xi’an and Tashkent, Uzbekistan. Shipments departing from China are connected to Turkish Airlines’ Tashkent-Istanbul flights the same day and then routed through Smartist to their final destination.

To read the full article: https://www.freightwaves.com/news/turkey-stretches-wings-as-center-for-air-cargo-activity