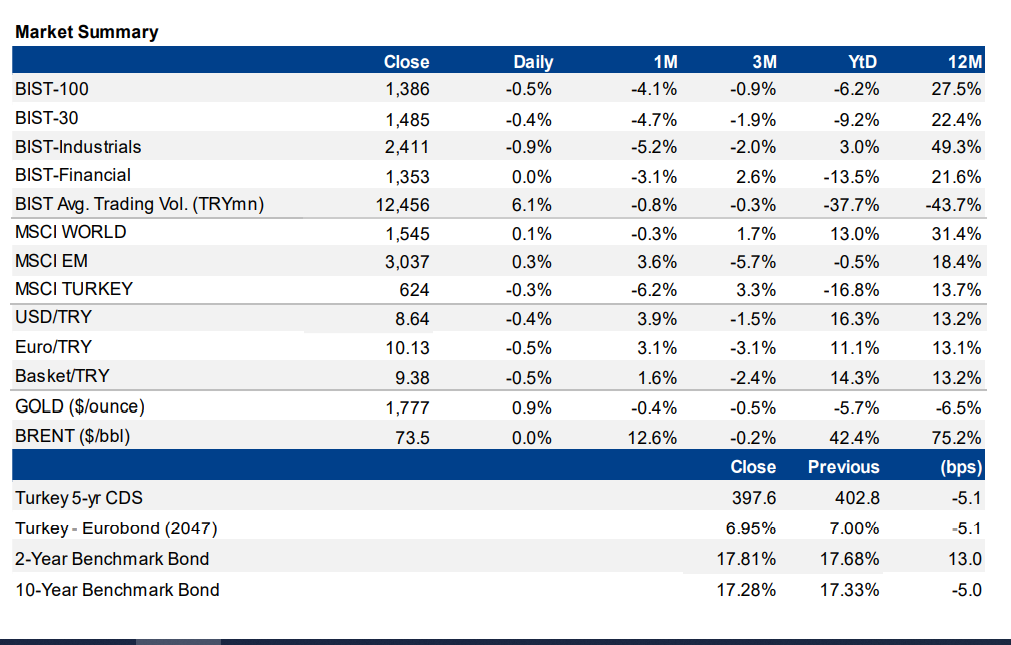 Speaking at the United Nations General Assembly President Erdogan said on Tuesday that the Paris climate agreement would be presented to the Turkish parliament for approval next month, which would make Turkey the last G20 country to ratify the deal. He  added that Turkey aims to complete the approval process before the UN climate conference in November. Some of the worst wildfires in Turkey’s history killed eight people and devastated tens of thousands of hectares of forest in the southwest this summer. The fires were followed closely by floods that killed at least 77 people in the north.

Organization for Economic Co-operation and Development (OECD), unveiled their interim economic Outlook report of September 2021  which named as “Keeping the Recovery on Track”. Key messages of the report are given below:

Treasury borrowed TRY10.4bn (includes non-competitive bidding) from the market via two auctions and a direct sale

Treasury borrowed TRY725mn from the market via 5-year lease certificate issuance. The settlement date is on September 22 whereas the maturity date is on 16 September 2026 (1820 days) and 6-month term rent rate is at 8.4%.

Therefore, the total amount of the borrowings with 8 of 8 planned auctions for September reached to TRY33.9bn, covering around 94.5% of the TRY35.9bn redemption (also, 84.8% of domestic borrowing projection of TRY40bn for September completed).

Domestic debt program for October-December period to be announced at the end of the month.