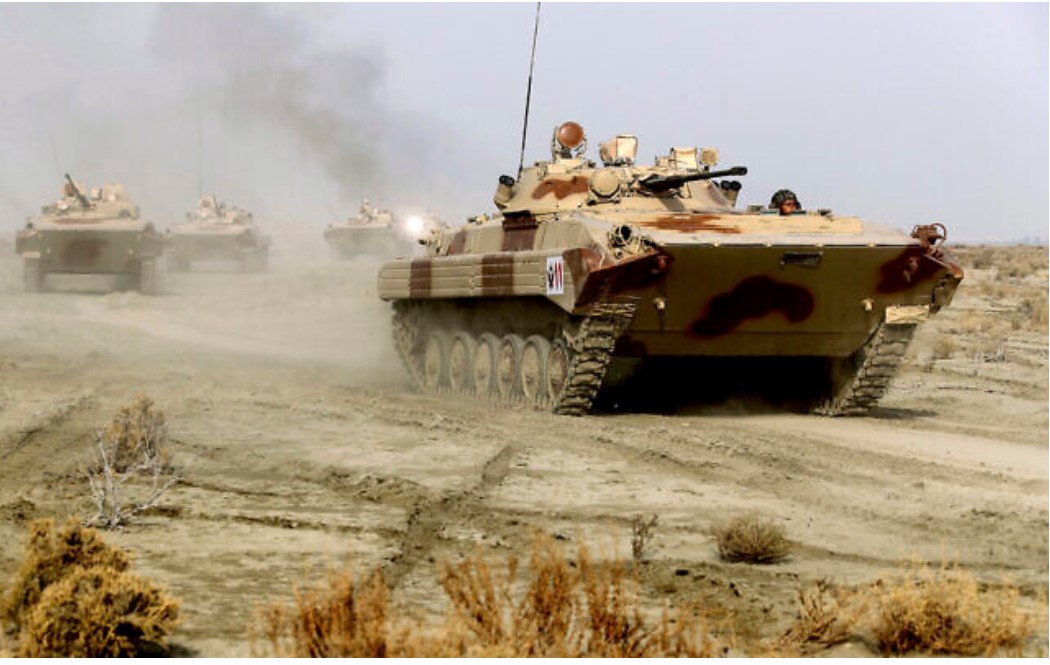 Speaking to Bloomberg, Kalın said: “We don’t have to reveal a timetable to anyone, but such an operation could be done at any time in the context of our assessment of our own security risks.”

He underlined that Turkey’s perspective in Syria is the continuation of the political negotiation process in the context of U.N. Resolution 2254 and the completion of the work of the Constitutional Commission.

“Unfortunately, the developments on the field were in the opposite direction. In the Idlib region, we ensure the security of nearly 4 million people, while our fight against the terrorist threat continues. That’s why our president (Recep Tayyip Erdoğan) said that a new military operation could happen at any time. We are not going to ask anyone’s permission for this,” he added.

Asked about a possible new operation against terror groups in northern Syria, Foreign Minister Mevlüt Çavuşoğlu also said Wednesday that preparations are continuing and that “a sudden move would come,” echoing President Erdoğan’s warning that such an operation will come unexpectedly.

“What were the aims of our previous operations? It was to clear the terrorist organization on the Syrian side of our border from here. This was the target of our operation against Daesh, and this was the reason for our operations against the YPG. This is the purpose of the operation to be carried out in the upcoming period. Terrorism still exists here. We blame both Russia and the U.S. They didn’t keep their promises,” he said.

The YPG controls large parts of northern Syria and is regarded by Washington as an important ally against Daesh despite its NATO ally Turkey’s major security concerns and warnings.

Erdoğan said last week that Turkey’s plan for a new military operation in northern Syria will be on the table as long as the YPG continues to pose a security threat to his country.

In May, Erdoğan announced plans for a new military operation in Syria to drive away the YPG, an extension of the PKK terrorist gorup. The plans include resuming Turkish efforts to create a 30-kilometer (20-mile) safe zone along the border with Syria and enabling the voluntary return of Syrian refugees from Turkey.

Turkey has launched three major cross-border operations into Syria since 2016 and already controls some territories in the north. Turkish-backed operations in previous years have ousted the YPG and Daesh terrorists from the northwestern enclave of Afrin and a series of border towns further east. Since 2016, Ankara has launched a trio of successful counterterrorism operations across its border in northern Syria to prevent the formation of a terror corridor and enable the peaceful settlement of residents: Euphrates Shield (2016), Olive Branch (2018) and Peace Spring (2019).

“A new operation will continue to be on our agenda as long as our national security concerns are not resolved,” Erdoğan said. “We want Russia and Iran to be on our side in our fight against terrorist organizations,” he urged.

Erdoğan has said that since the United States and Russia have failed to live up to their commitments to provide a safe zone along the border region, Turkey is ready to mount an operation to protect the nation and locals in northern Syria from the YPG. In October 2019, Russia committed to removing the terrorist group from Tal Rifaat and Manbij after reaching an agreement with Turkey during Operation Peace Spring. Moscow also promised that the terrorists would be pulled back 30 kilometers from the border on the M4 highway and in the area outside the Operation Peace Spring zone.