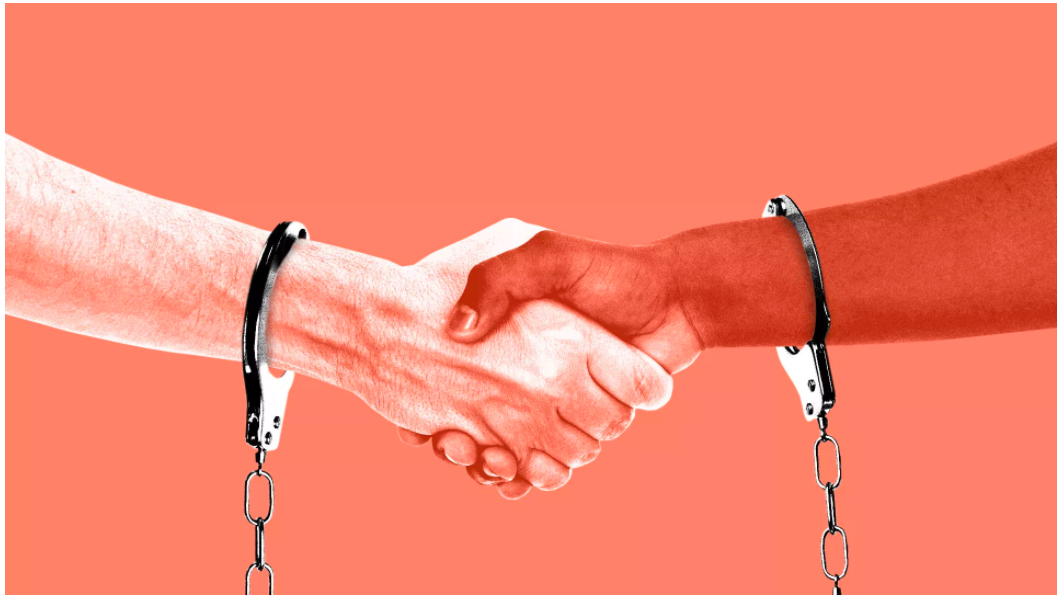 Mordy and Natalie Oknin, an Israeli couple visiting Istanbul, filmed a video last week to dispel fears among Israelis too scared to visit Turkey. Natalie said, “There is nothing to fear. It is fun in Turkey, safe in Turkey, you can speak Hebrew openly. They love us Israelis.” Her husband added, “Come, everything is okay.” Shortly after, however, the Oknins ended up in solitary confinement for six days on spurious charges of espionage and were able to return home only following backchannel talks between Ankara and Jerusalem. The swift resolution of the latest episode of Turkish President Recep Tayyip Erdoğan’s hostage diplomacy should not gloss over the harm it does to the detained victims and its collateral damage to Turkey.

What got the Oknins into trouble with Turkish authorities was their visit to one of Istanbul’s tourist attractions, the Camlica telecommunications tower. Erdoğan inaugurated the building in May amid great fanfare, bragging that it symbolizes “the country’s vision in the modern era.” As the Israeli couple enjoyed the tower’s restaurant and observation deck, they also took photos of another nearby tourist attraction, Erdoğan’s Istanbul residence. Fast forward four days: Turkey’s interior minister implicated the Oknins by stating his expectation that the Oknins would be charged with “political and military espionage” for taking the photos.

Just as with North Carolina pastor Andrew Brunson, who spent two years in Turkish prisons on similar bogus charges while Erdoğan used him as a pawn to extract concessions from Washington, Turkey’s pro-government media pronounced the Oknins guilty. Yeni Akit, a newspaper known for its incendiary antisemitic coverage, not only branded the couple as “Israeli spies,” but also targeted Turkish journalists who highlighted the ludicrous nature of the accusations. In 2018, the same daily smeared Brunson as “Spy Brunson” and the “USA’s terrorist priest.”

Erdogan’s hostage diplomacy became a mainstay of his foreign policy after a failed July 2016 coup attempt. In a report we wrote for Foundation for Defense of Democracies in 2018, we documented the victimization of more than 50 Western nationals or permanent residents by dubious political charges and lengthy pretrial detention. These include three U.S. foreign service nationals, the term for local staff the State Department employs abroad.

While Americans, Europeans, and Israelis have become ensnared in Turkey’s Kafkaesque courts, Ankara does not inflict such abuse on visitors from Iran, Russia, and Venezuela. Chinese nationals have enjoyed similar immunity unless they happened to be exiled Uyghur dissidents criticizing Beijing’s genocidal campaign in Xinjiang. This underscores that the fate of Brunson, and other Western nationals who also became scapegoats, is no accident.

Erdogan’s blatant attempts to use hostages as bargaining chips prompted one of us (Edelman) to urge the Trump administration, in a Washington Post op-ed, not to swap Brunson for Reza Zarrab, the confessed ringleader of a multibillion dollar scheme to evade U.S. sanctions on Iran, which Erdoğan personally facilitated, per Zarrab’s testimony in federal court. Trump did not trade Zarrab to free Brunson, yet Erdoğan succeeded in leveraging Brunson to free a Hamas suspect from Israeli custody, a favor Trump reportedly sought from the then-Israeli Prime Minister Benjamin Netanyahu.

Besides the lives shattered by Erdoğan’s kangaroo courts, Turkey and its citizens are the collateral victims of Erdoğan’s hostage diplomacy. The Turkish lira lost another 5 percent against the dollar during the six-day detention of the Oknins, exacerbating a meltdown in Turkey’s national currency that has seen it lose 40 percent of its value since January, making it the worst-performing major emerging market currency this year. This tumble, along with double-digit inflation, are caused by Erdoğan’s erratic decisions that scare away not only individuals but also foreign capital from what was once seen as an attractive emerging market.

Erdogan’s hostage diplomacy also hits Turkey’s tourism sector, an important source of foreign currency for a country that suffers from a chronic current account deficit. The Jerusalem Post’s Herb Keinon warned Israelis recently “Don’t go to Turkey,” and urged Israel to “embark on a campaign in other countries – the US, the UK, Germany – warning of what awaits tourists to Turkey if they take a selfie in front of a building about whose sensitivity they are unaware.”  Turkey’s tourism workers must have watched the Oknin drama with dread, wondering how many would lose their jobs to Erdoğan’s latest episode of hostage diplomacy.

This time around, Israel’s backchannel diplomacy at the highest levels moved Erdoğan to intervene to release the Oknins ahead of their December court date, for which Israeli Prime Minister Naftali Bennett and Foreign Minister Yair Lapid thanked “the President of Turkey and his government for their cooperation” in a statement. Israeli President Isaac Herzog phoned Erdoğan to convey his appreciation “for his personal involvement and contribution.” Israel’s Channel 12 reported that Erdoğan sought a public expression of gratitude from the Israeli leaders to help secure the release of the Oknins. This is yet another reminder of the Turkish president’s absolute control over Turkey’s legal system, for good or ill.

The Turkish president and his senior aides frequently breach the constitution to condemn suspects even before prosecutors can come up with an indictment. During the trial of Die Welt’s Turkey correspondent Deniz Yucel, Erdoğan not only smeared him as a “spy” and “terrorist,” but vowed never to release him as long as he was president. Meanwhile, his government was also busy demanding military technology from Germany in exchange for Yucel’s freedom, which prompted the German journalist Arnd Henze to warn Berlin in a Tagesschau piece not to offer such concessions.

Ultimately, the Turkish president’s calculated cruelty hurt not only the Oknins and the other political hostages who have preceded them but also Turkey’s global image, struggling economy, and more importantly its people. It is time for Erdoğan’s Turkey to end the insane and uncivilized practice of using foreign nationals as bargaining chips.