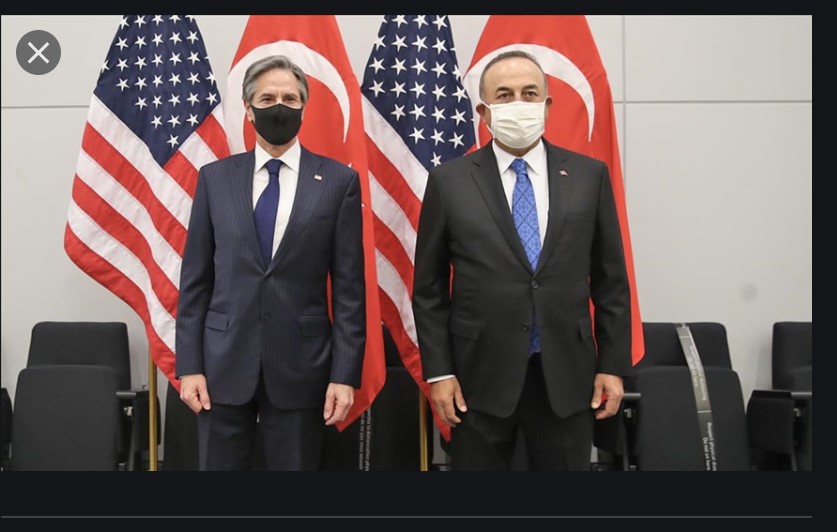 Ankara has submitted a non-paper to Washington on a road map that outlined Turkey’s proposals to proceed with U.S.-Turkey bilateral ties, Foreign Minister Mevlüt Çavuşoğlu said on April 15, speaking to private broadcaster NTV.

“We talked about S-400s, FETÖ, and the support given by the U.S. to terrorist organizations. We talked about what we think and what we can do about Afghanistan, Syria, and regional issues. We agree that it is necessary to proceed on a road map in all matters. We are also working on this. We even gave a document that we call ‘non-paper’ to the U.S.,” Çavuşoğlu said, referring to his discussions with U.S. Secretary of State Antony Blinken.  While the meeting between Cavusoglu and Blinken is public news, the announcement of a non-paper came much later and PA Turkey search in Turkish press revealed no details on the content.

So, we have given the U.S. a document stating the views of Turkey, telling what steps both parties can take,” he told NTV broadcaster.

“The U.S. is working on this document,” the minister stated.

Çavuşoğlu expressed optimism on the plans that the two countries would work together and said the road map aims to achieve progress in the solution of bilateral disagreements. “To solve other problems, we need to negotiate what we can do as a whole on the roadmap and then apply,” he stated.

“If the U.S. continues to support terrorist organizations, our relations will be negatively affected,” Çavuşoğlu also said.

Elaborating on the stance of U.S. President Joe Biden on Armenian allegations over the events of 1915, Çavuşoğlu said, “The U.S. presidents made this claim in the past. A country like the U.S. makes many reminders to other countries. If the U.S. considers international law, it will not make such a decision.”

“We think that the U.S. will not make such a statement on April 24. Let’s say he [Biden] agreed at worst. Such a situation would not be accepted just because a politician said such a thing. The U.N. made its decision openly in 1948,” the minister said.

Turkey will send a delegation led by its deputy foreign minister to Egypt in early May, upon the invitation of Cairo, according to Çavuşoğlu.

He could meet his Egyptian counterpart as well after this visit, the minister also said.

Turkey and Egypt have recently released statements on bilateral ties, suggesting an expected restoration in relations after more than seven years of political estrangement.

While diplomatic contact could be established, a normalization in relations is not possible, until Turkey cuts off links to HAMAS and Moslem Brotherhood, Egyptian press claims.

Turkey is not picking a side in the conflict between Ukraine and Russia, Çavuşoğlu said.

“Of course, we want the Black Sea to be a sea of peace. There is a consensus reached by all riparian countries to come together and determine their maritime jurisdiction. If desired, the Black Sea can be turned into a sea of peace. We defend this. Currently, the Ukraine-Russia tension is preventing this,” he stated.

“Our relations with both Russia and Ukraine are in a good state. We make the same suggestions to both countries to solve their problems peacefully. Turkey’s stance is clear. We are pleased with this calming down,” he said, referring to the U.S. decision to cancel the deployment of two warships to the Black Sea.

Over the weekend, President Recep Tayyip Erdogan called for an end to “worrying” developments in eastern Ukraine’s Donbass region after meeting his Ukrainian counterpart. Russian Foreign Minister Sergei Lavrov subsequently said Turkey and other nations should not feed “belligerent sentiment” in Ukraine.