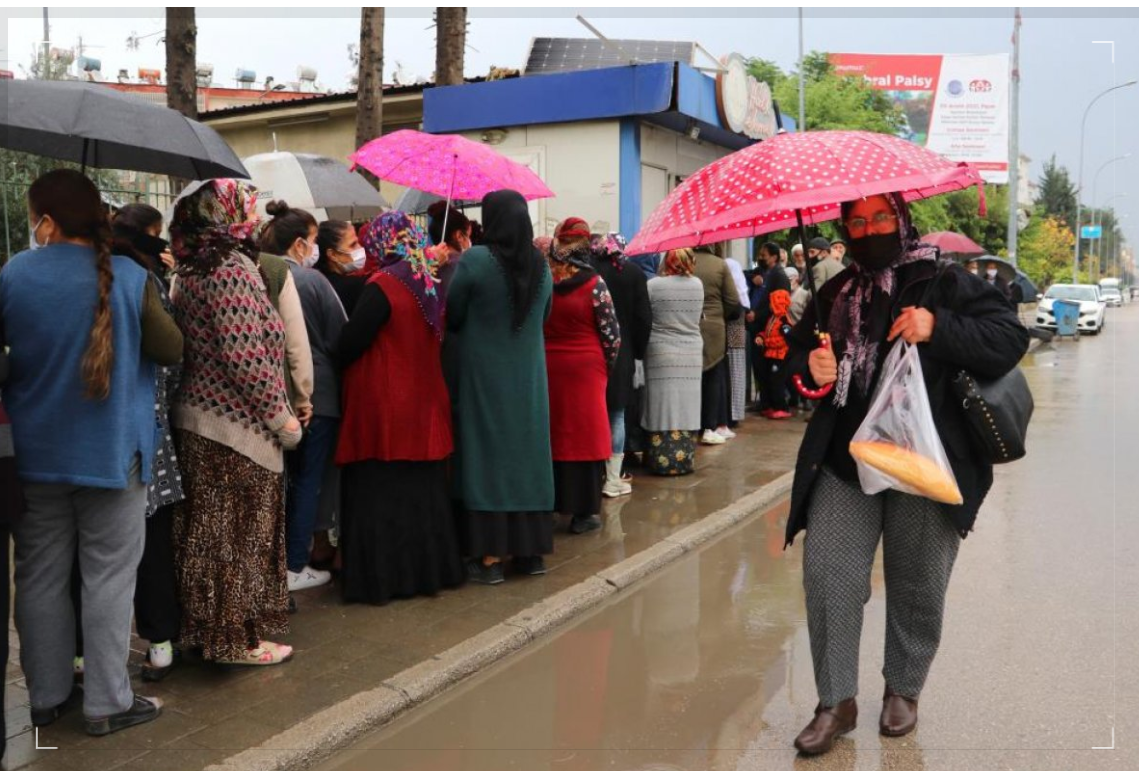 The Russia-Ukraine war scaled up the concerns in Turkey about food inflation and food security as imports of important agricultural products such as wheat and sunflower are likely to be obstructed, and the prices are already rising.

It must be noted that there were great concerns about food inflation and security in Turkey even before the armed conflict between Russia and Ukraine broke out.

Food inflation was announced to be annually 43,80% in December, 55,61% in January and 64,47% in February by the Turkish Statistical Institute (TUİK), whose figures have become more and more controversial in recent years.

The high inflation in food prices compelled the government to take some measures, and the value-added tax was reduced in food products from 8% to 1% last month.

A prominent journalist specialising on the issue recently stated that imports of certain agricultural products might become very expensive and even impossible. Ali Ekber Yıldırım has criticised the administration of the Turkish president Recep Tayyip Erdoğan, saying that all that it’s been doing is importing products at ever-increasing prices to bring down the domestic price. Yıldırım said:

“However, when you rely on imports, this leads to producers moving away, leading to a drop in domestic production. And when there is less production the price goes even higher. You then have to import more.”

Turkey has become a major wheat importer and gets most of its wheat imports from Russia. The Agricultural Products Office (TMO) has made a wheat importing tender very recently on the 2nd of March, and while one tonne of wheat had cost $262 US in the tender held last June, the price offers ranged between $408 and $517 in the previous tender, signifying an increase of at least 56% in dollar terms in only nine months.

Yıldırım has emphasized that products wouldn’t get any cheaper after the Russian invasion of Ukraine, and it could become even impossible to import from Russia or Ukraine. He said:

“We do not import only wheat from these countries, but also a great amount of crude sunflower. Turkey imported 8,1 million tonnes of wheat in 2021. 78% of this is from Russia and 12% from Ukraine. So 90% of our imports are from these two countries. Since the ports of Ukraine are not serving now, we cannot import from this country even if we want to. The Russian market will be restricted. It may not be possible to import from these two countries at all. We can import from more distant countries, from the US, Australia, or France, but the price will be very high. The price of one tonne of wheat has already risen to $446 after the invasion of Russia in Ukraine began.

Another problem the conflict in Ukraine has triggered for Turkey concerns sunflower oil. Turkey, the largest importer of sunflowers, is importing primarily from Ukraine and Russia. The war has largely stopped the imports. The price of crude sunflower oil has risen from $1400 US to over $2000.