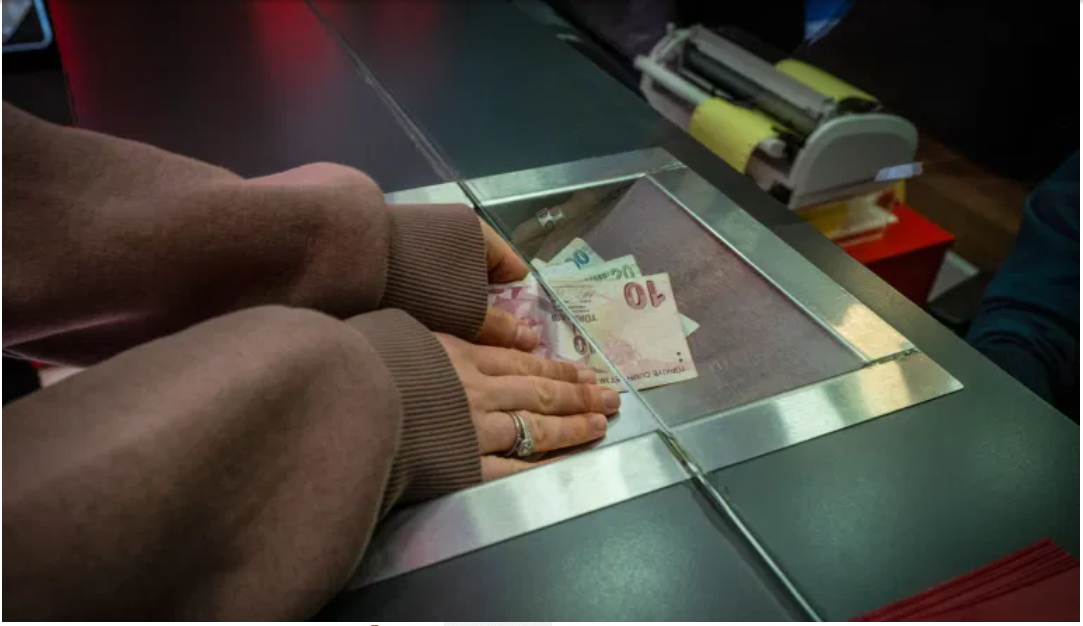 The lira tumbled almost 8% against the dollar on Monday amid persisting investor concern over Turkey’s monetary policy, having surged more than 50% last week after billions of dollars of state-backed market interventions.

As of 18:00 hours Turkish time, dollar/TL traded down slightly to 11.37%, with a 7% daily gain for the dollar. Also today, Turkey’s TL denominated 10 year government bond fetched a yield of 24.18% per annum, a  historic record.

The lira was supported last week by a government move to cover FX losses on certain deposits.

Last Monday, it had plunged to an all-time low of 18.4 per dollar, after a months-long slide due to fears of spiraling inflation driven by a succession of interest rate cuts engineered by President Tayyip Erdogan.

At current levels the currency is still 35% weaker than at the end of last year.

Erdogan unveiled late last Monday a scheme under which the Treasury and central bank would reimburse losses on converted lira deposits against foreign currencies, sparking the lira’s biggest intraday rally.

The central bank sold $1.35 billion in direct forex interventions on Dec. 2-3 to support the lira when it stood around 13.5 per dollar, according to data.

A survey by Aksoy Research found that 88% of the participants are aware of the new deposit protection scheme, but 55% still prefer to hold hard currencies as wealth. The same survey found 67% do not trust Erdogan’s economic management.

Ankara food price data showed a 25% increase MoM, which led several economists to pencil a 27% CPI hike in December data, to be announced on 3 January, 2022.

New FX-protected Turkish lira deposits have reached TL 23.8 billion ($2.24 billion) as of Friday, according to pro-government daily SABAH, which confirms the results of the Aksoy Survey:  Savers are yet to trust the new scheme.

According to an economist PATurkey interviewed, demand for the new scheme will dwindle sharply, as depositors realize that their savings are still been eroded by rampant inflation.

With retailers on the sell side in the FX market on account of New Year’s Eve shopping, and most global markets shut down for X-Mas, Central Bank could easily control TL volatility.  Judging by Erdogan’s speeches, the desirable currency band is between 10.00-12.00 vs the dollar.

Yet, with meagre usable FX reserves, estimated at around $40 bn, Central Bank will have a difficult time controlling the FX market, when lively trading starts in the second week of January.