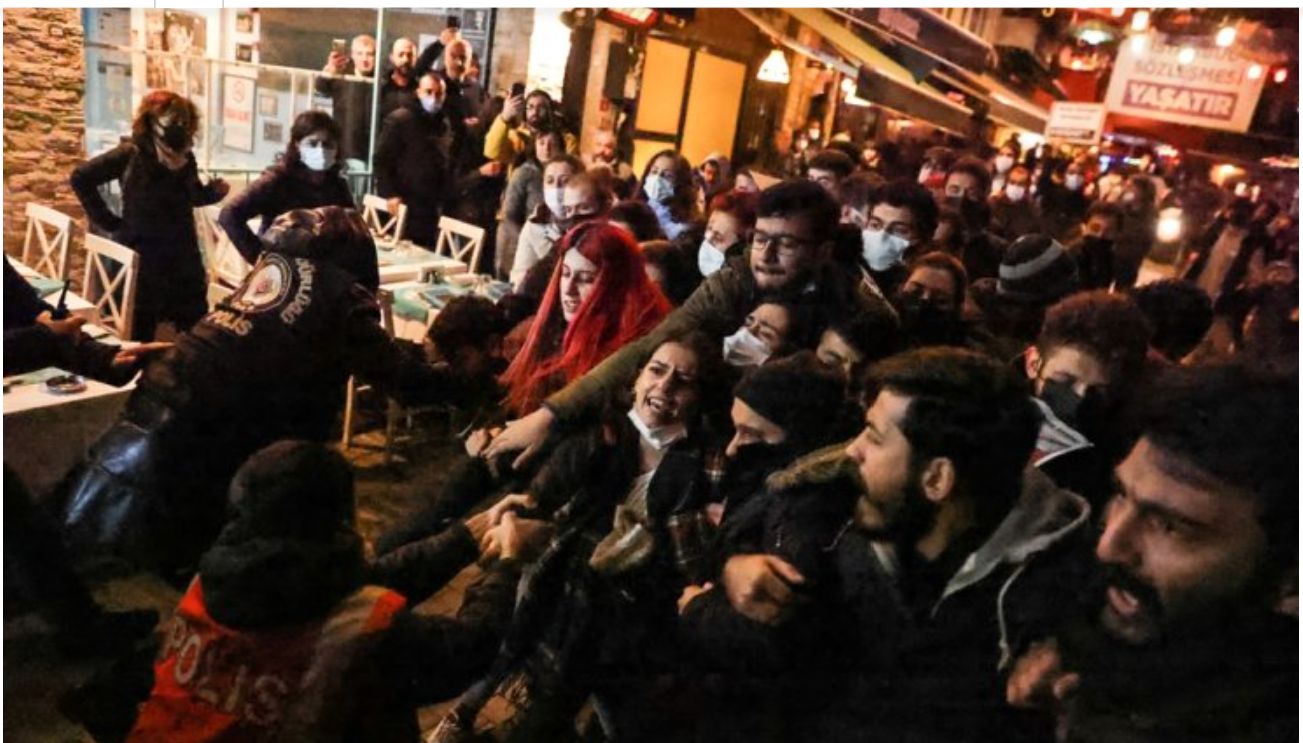 Turkish police have fired tear gas and rubber bullets at thousands of women protesting against male violence in Istanbul.  The event marked third night of protest in the country, where small groups are still marching demanding an end to soaring cost of living. Main opposition party CHP stated that Erdogan may use the demonstrations as an excuse to declare State of Emergency.

Thursday night,  demonstrators gathered in the capital to mark International Day for the Elimination of Violence against Women.

Some held signs saying “We are not silent, not afraid” and “We will fight till we get what we want”, while other banners urged the government to resign.

The protesters demanded the country return to a landmark international treaty, signed in the same city, that was designed to protect women.

The landmark Istanbul Convention came into force in 2014 and paved the way for a Europe-wide legal framework to tackle, prevent and prosecute violence against women.

Women hold up flares as they march with others during a protest. Police fired tear gas and pepper spray to break up the protest.

Some officials from Turkey’s Islam-oriented ruling party called for a review of the agreement, arguing it was inconsistent with Turkey’s conservative values.

A court appeal to prevent the move was rejected and Turkey’s withdrawal was formalized in July.

‘We will not accept this’

The women were marching to press for Turkey’s return to a landmark treaty that aims to protect women from violence.

Riot police, who had set up barricades at the end of a street to prevent the march from proceeding further, fired tear gas when a group of protesters tried to breach the barriers.

At least one protester was injured, the Cumhuriyet newspaper reported.

“As a woman, I don’t feel safe in Turkey,” protester Cansu Ozkan said as she joined the demonstration in Istanbul’s Istiklal Street.

“I don’t feel safe when I go out at any time of the day, it doesn’t matter if it is day or night.

“In the same way, I don’t think any woman feels safe either.”

Another protester, Serhat Alan, said women were being “publicly murdered”.

“If a man can pull a knife freely in the subway yesterday, if perpetrators can comfortably walk among us, this is not OK,” she said.

“We do not and will not accept this and we will keep fighting.”

Similar protests were held in Ankara and other cities.

After withdrawing from the Istanbul Convention, the government announced its Action Plan for Combating Violence against Women, including goals such as reviewing judicial processes, improving protection services and gathering data on violence.

human rights groups say violence against women is on the rise in Turkey.

Advocacy group We Will Stop Femicide said 353 women had been murdered in Turkey so far this year, and 409 were killed last year.

In October, 18 women were killed by men and 19 others were found dead under suspicious circumstances, according to the group.

Previous  demonstrations have taken place in the Turkish capital, Ankara, and in the country’s largest city, Istanbul, to demand the resignation of President Recep Tayyip Erdogan and his Government in the face of the depreciation of the national currency and the high inflation levels. The exchange rate of the Turkish lira has devalued from 0.1 to 0.078 dollars in just a week, and a 40% this year. The inflation annual is already close to 20%.

Main opposition party members told the press that small demonstrations were suppressed by use of excessive force to provoke more to pour onto the streets. CHP is mindful that Erdogan and his ultra-nationalist ally Devlet Bahceli (MHP) will want to use social unrest to declare State of Emergency. SoE could allow the dup to initiate another purge to intimidate the opposition. 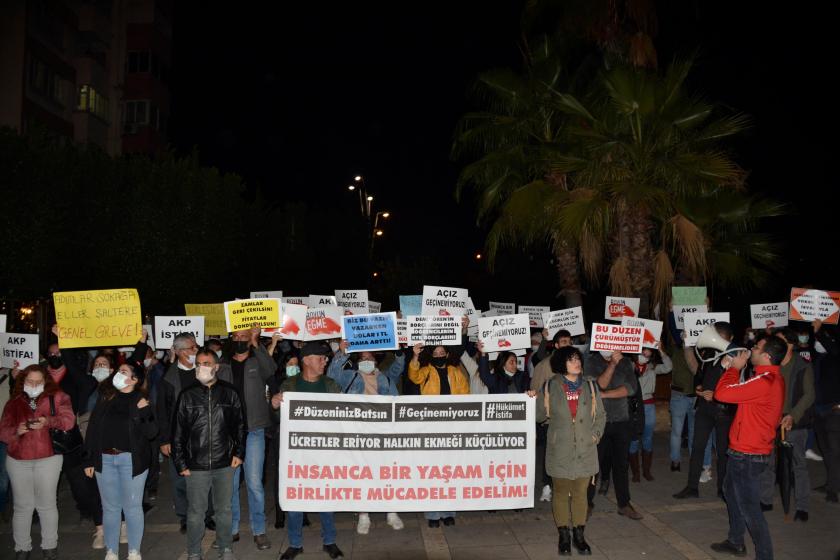