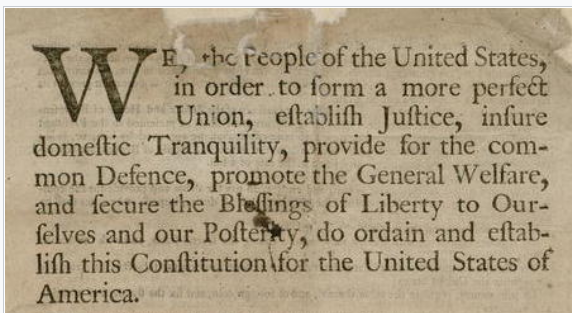 The Constitutional draft of the main opposition alliance,  Table of Six, which includes regulations that abolish the presidential regime and strengthen the parliamentary regime, will be announced on 28 November, reported left-wing daily BirGun (Turkish version here). The draft will emphasize “Human dignity, freedom and prosperity”.

Six political parties, which came together with the promise to end the regime headed by AKP President Erdogan and to re-institute the “strengthened” parliamentary regime, will announce the draft Constitution on Monday, November 28. The draft promises a model that institutionalizes citizenship, which has fundamental rights and freedoms, can use them without fear of punishment, as well as promising  economic opportunities to all to live humanely.

A press conference will be held at the Bilkent Hotel before the meeting of the leaders of the  Table of Six, the colloquial term referring to the six-party main opposition alliance,  hosted by  Democratic Party Chairman Gültekin Uysal. Unlike the first meeting, this one will be held with a narrower staff, only to be attended by senior executives of political parties, members of the media and constitutional lawyers.

It has been reported that the constitutional amendment proposal, which will be announced by the representatives of all political parties, will include regulations that will remove the traces of the post-coup 12 September Constitution (dictated by the junta) and enable building a modern, democratic government. The duties and powers of the President will be clearly defined in the study, which includes provisions regarding the abolition or reorganization of the anti-democratic institutions established by the September 12 law.

WATCH: Turkey: A Historic Manifesto from Opposition for Democratization

According to the information obtained by BirGün, the following regulations will be included in the Constitutional amendment package:

Presidential authority will be reduced

The President, will be elected for a term of 7 years and will cut off his ties to his party. The president will be eligible for one term only and will not be able to return to his party. The President will have to appoint the Prime Minister nominated by the Parliament and will not be authorized to declare a state of emergency or issue a State of Emergency Decree. He will not be able to veto laws passed by Parliament. If the budget prepared by the President is rejected, the practice of  previous year’s budget multiplied by the revaluation rate (a mix of CPI and PPI used in tax bracketing and indexing of fees and fines) being effective  will be abolished. The powers to appoint and dismiss senior public officials will be limited.

Parliament will elect the Prime Minister

Parliamentary elections will be held every five years. The Parliament will choose the Prime Minister and the Council of Ministers. The oversight of the legislature over the executive will be increased. The authority to censure and  pose verbal questions to the ministers will be restored. After parliamentary investigations, ministers may be dismissed by a majority vote, without toppling the government. A  new vote of confidence procedure, called “constructive vote of no confidence” will be introduced.  That is, the opposition will have to prove that it can form an alternative before overthrowing a government.

WATCH: Meet the Person Who Can Beat Erdogan: Kemal Kilicdaroglu

The election threshold will be reduced to 3 percent. Treasury aid will  be expanded to political parties that receive at least  1 percent of the national  vote. Donations and donors to political parities will be made public. A new constituency (election district) will be formed from citizens living abroad. The electoral system will be transitioned to proportional representation system, from the current D’Hondt, which favors larger parties.

Guarantee for fundamental rights and freedoms

Citizens’ fundamental rights and freedoms will be redefined with a modern understanding, and no citizen will be punished for using these rights. Human rights and freedoms cannot be regulated by decrees or laws in contravention of the Constitution. Decrees will be subject to the political review of the Assembly and the legality review of the Constitutional Court.  The right to assembly and demonstration will not be denied arbitrarily by the administration. Freedom of the press will be guaranteed, and a safe, pluralistic and equal environment will be created in which the press can function freely.

Independence of the judiciary will be ensured

Multiple  bar associations in provinces will be abandoned. The powers of the Court of Accounts (Sayistay), which audits the budget and all state agencies, will be expanded. At least half of the members of the higher judicial bodies will be women and “Environmental Courts” will be established.

YÖK will be abolished

Higher Education Institution (YÖK), which oversees universities and appoints most administrative staff,  will be abolished. Higher Education Supreme Council will be established to ensure inter-university coordination. This board will act as a coordination and advisory body. Faculty members will choose the rectors of the universities.

New order to the tender system

The Public Procurement Law will be rearranged, meaning that methods other than open tender can be used exceptionally.

The current tender law is claimed to be the biggest source of cronyism in Turkey.