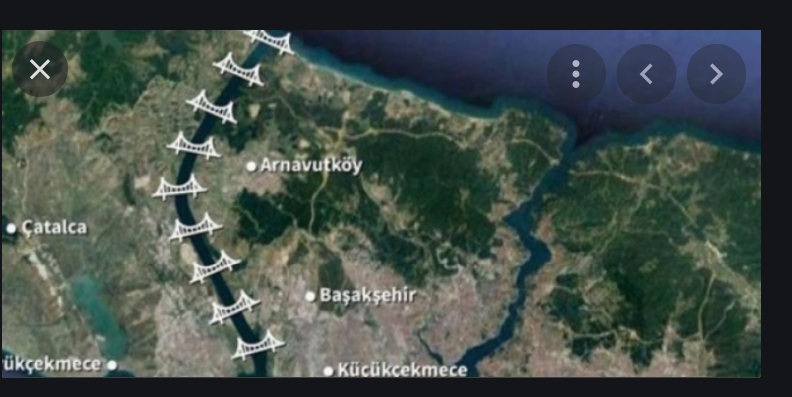 Turkish President Recep Tayyip Erdogan has initiated the controversial building of a multi-billion-dollar canal intended to bypass the busy waters of the Bosporus Strait, despite grim environmental warnings and major Russian security concerns.

In a blaze of publicity, Erdogan last month laid a ceremonial foundation stone close to Istanbul, starting the construction of the 45-kilometer canal intended to link the Black and Marmara Seas.

“This is going to be a brand-new page in Turkey’s advancement,” declared the Turkish leader in a speech at the opening ceremony. “On the path to this development, we will leap forward; this will save Istanbul’s Bosporus waterway,” he added.

The canal will provide an alternative route from the Bosporus Strait, which cuts through Turkey’s biggest city, Istanbul, and is one of the world’s busiest waterways.

“I am sweating when I talk about this channel because I can feel this is a nightmare; I can feel it deep inside,” said Imamoglu last month, “I listened to tens of briefings from the scientists who are all warning against it.”

Imamoglu says that the project threatens the city’s water supplies and risks wider environmental consequences in the region’s delicate balance of interconnected seas.

“If you are connecting two marine bodies, you have to ask the opinion of marine scientists, which they have not done,” said marine biologist Professor Cemal Saydam.

The government dismisses such warnings, claiming it has carried out the necessary research. But most of Turkey’s leading banks refuse to finance the canal, with an estimated cost of up to 60 billion euros, citing international commitments to support only environmentally sustainable projects.

Piling on the pressure, Kemal Kilicdaroglu, the leader of the main opposition CHP, warned international investors that any loans made to finance the canal would not be paid if he took office. Support for Erdogan’s AKP Party is at record lows.

The canal also represents a point of tension with Russia. Erdogan has said the 1936 International Montreux Convention, which limits the size and access of foreign warship to the Black Sea, will not cover the bypass channel.

Moscow considers the convention vital to maintaining the Black Sea as a Russian sphere of influence.

“The Montreux Convention is the only way which makes the Black Sea at the same time a Russian sea because the Russian navy is there dominating. And the American warships are limited there,” said Huseyin Bagci, head of the Ankara-based Foreign Policy Institute. “So, it’s good for Russia to have Montreux, maybe more than Turkey.”

NATO-Russian tensions have been rising following the Russian occupation of Ukraine’s Crimea territory.

A bargaining chip with the Kremlin?

While questions remain over whether the funds exist to complete the canal, Zaur Gasimov of Germany’s Bonn University says Ankara sees the project as a bargaining chip with Moscow.

“The Montreux agreement and how Turkey deals with it that also gives new possibilities for Ankara to promote its interests in its interaction with Russia. That also gives certain leverage for Ankara to influence the situation the dynamics around the Black Sea region and even also to deepen the cooperation with the United States,” said Gasimov.

Analysts say the importance of access to the Black Sea is likely to grow in coming years, as NATO-Russia tensions escalate over Ukraine.

According to Turkish pundits, Canal Istanbul is another rant extraction project.  While the construction will be undertaken by an international consortium, auxiliary facilities worth at least $4 bn will be tendered to Erdogan’s cronies.  Yet, for Erdogan the most appetizing bit of the Canal could be the erection of two satellite cities at either side of the Canal, where residential property is alleged to fetch $60 bn.