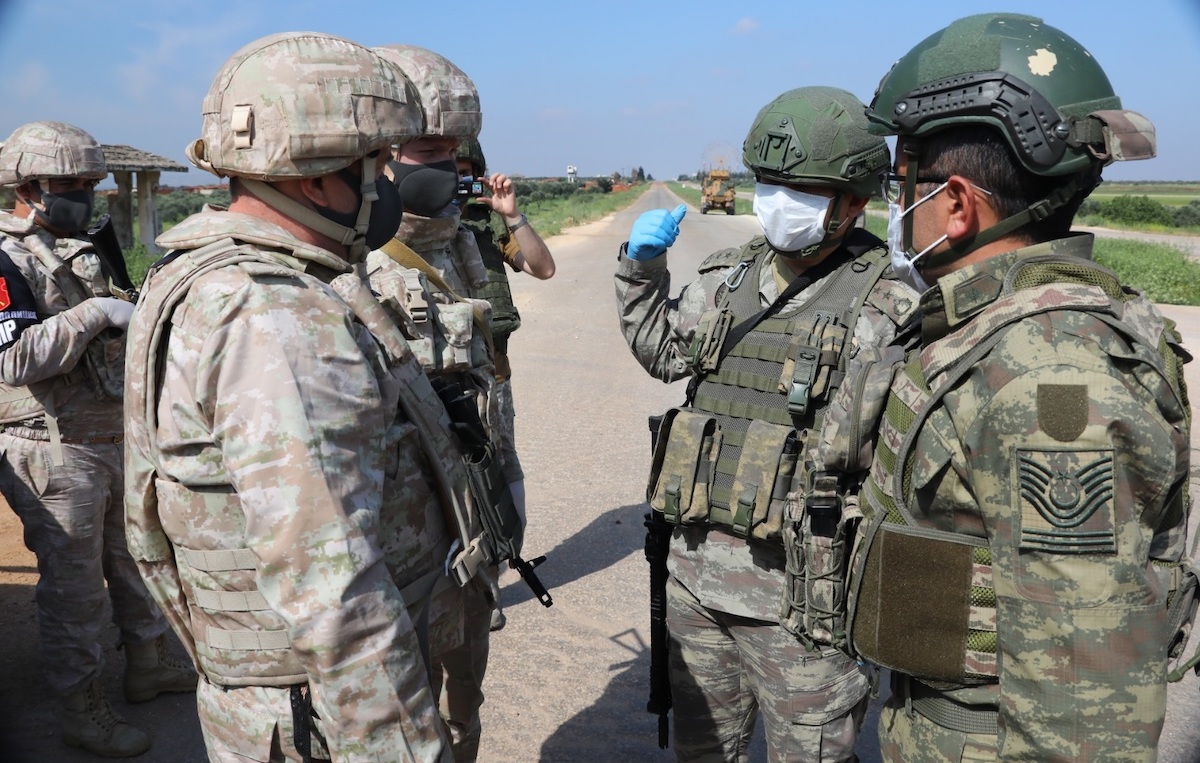 Russian war planes have reportedly carried out their first air strikes in northwest Syria in three months, as a ceasefire in the last rebel-held part of the country begins to crack.

The strikes in and around the northwestern province of Idlib are the first in support of President Bashar Al-Assad’s ground forces since a truce brokered with Turkey brought relative calm to the region in early March.

Although there were no immediate reports of casualties, the resumption of violence prompted hundreds of people to flee north towards the Turkish border, where Recep Tayyip Erdogan, the Turkish president, has stationed thousands of troops to oppose any further advance by the Syrian regime and their Russian allies.

After nine years of civil war, Syria’s rebel forces have been pushed back to a northwestern pocket around Idlib, where the Turkish-backed resistance is dominated by jihadist groups such as Hayaat Tahrir Al-Sham (HTS), led by former members of al-Qaeda.

One Idlib-based activist, Hadi Abdullah, said today’s air strikes targeted a mountain region in Latakia province on the edge of Idlib, and a power station on the northern edge of Hama province which HTS militants had controlled since 2015.

The truce signed in March previously halted a terrifying four-month offensive by President Assad’s forces, supported by Russian air power, which killed at least 500 civilians and forced nearly one million people to flee their homes – many of whom had fled earlier fighting during the war.

There have been minor violations of the truce in recent weeks, war monitors said, such as joint Russian and Turkish military patrols being attacked by militias or blocked by protests.

But in recent days, both Turkey and the government in Damascus have been sending reinforcements to areas around the Idlib pocket, while Russia has delivered a number of modern MIG-29 military jets to the Syrian Air Force.

Aid groups warned that a resumption in violence amid the coronavirus pandemic could be “catastrophic” for the war-torn country.

Turkey has warned the Syrian opposition groups in the north-west province of Idlib to prepare for a potential military offensive by the Assad regime and its allies Iran and Russia in the coming days, according to a former senior opposition official.

The information was revealed by the former spokesman of the New Syrian Army – now rebranded as the Revolutionary Commando Army – which is part of the US-led Operation Inherent Resolve against Daesh.

READ: Turkey will soon be forced to tackle the rebels in Idlib

Mzahem Alsaloum wrote on Twitter today: “Turkey informs Idlib factions about a potential military operation by Russia, Iran & Assad in southern [south] of the M4 highway.” He added that another source based in Damascus had told him two weeks prior “about preparations and moves in the pro-regime side for a military operation in Idlib.”

As part of the ceasefire deal struck between Turkey and Russia on 5 March, it was agreed that the strategic M4 highway running through southern Idlib would form the basis of a demilitarised zone which would extend six kilometres either side of the highway.

The report comes a day after Russia conducted its first airstrike on the area of the M4 highway since the ceasefire came into effect.

Over the past few months since the deal came into effect, Turkey has also been building up its military presence in the province in anticipation of a renewed offensive, resulting in an estimated 15,000 Turkish troops and over 6,000 military vehicles having been deployed to the region.