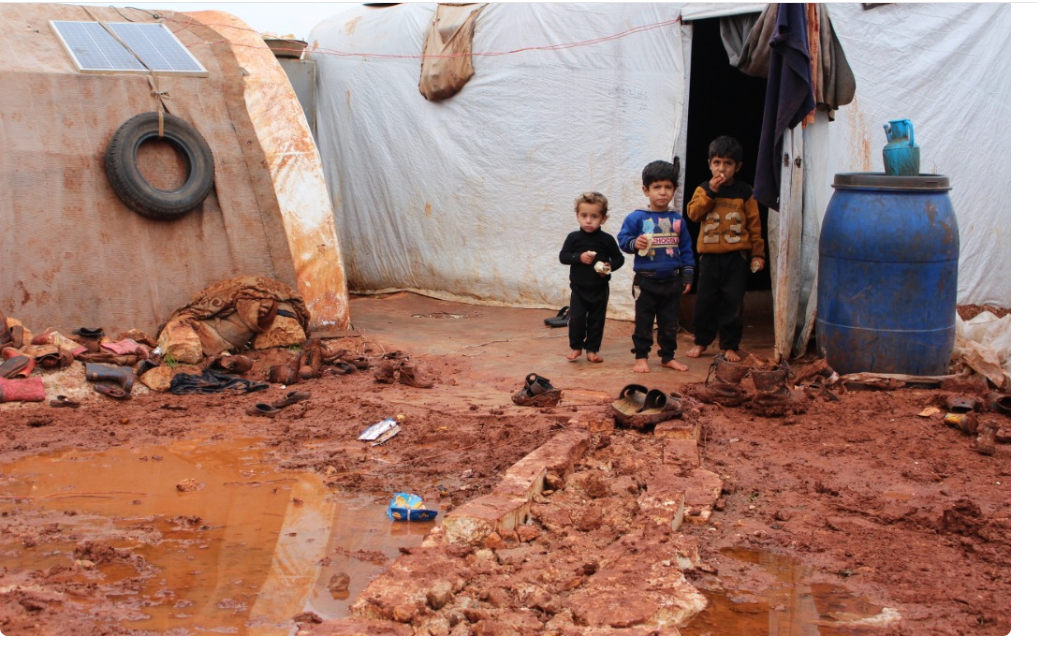 Russia on Friday signaled an end to a long-running U.N. aid operation into northwest Syria from Turkey after vetoing a one-year extension and then failing in its own push for a six-month renewal and greater international reconstruction efforts. Russian veto directly targets Turkey, which will have to carry the burden of feeding the refugees in the Turkey-controlled Northern half of the rebel Idlib canton. The Russia move could also serve as a strong signal to Ankara to forget about another military incursion, targeting mostly-Kurdish settled Tal Rifaat, Manbij, and according to some military analyst   Syrian-Kurdish stronghold Kobane.

The current U.N. Security Council mandate for U.N. humanitarian aid – including food, medicine and shelter – to some 4 million people in opposition-controlled northwest Syria from Turkey expires on Sunday.

Russia’s Deputy U.N. Ambassador Dmitry Polyanskiy said the only solution that Moscow would not veto was its own. That draft resolution failed on Friday after only Russia and China voted in favor. The United States, Britain and France voted against the Russian text, while the remaining 10 council members abstained.

“I do not see at this point any other option. Given the fact of the words that have been said today, I think this has been made almost impossible,” Polyanskiy told reporters, adding that another council member could again put Russia’s text to a vote.

Before its own draft resolution failed, Russia had vetoed a proposal for a one-year extension – drafted by Ireland and Norway – which received 13 votes in favor. Despite a “no limits” strategic partnership with Moscow, China abstained on the vote.

“This is a life and death issue and tragically, people will die because of this vote and the country who shamelessly deployed the veto,” U.S. Ambassador to the United Nations, Linda Thomas-Greenfield, told the council.

China’s U.N. Ambassador Zhang Jun called on all council members “not to give up” and to continue negotiations, while Ireland’s U.N. Ambassador Geraldine Byrne Nason said: “We’re not daunted by this veto. This is not the end of the road.”

However, when asked if Russia would again veto any draft text that was not its own, Polyanskiy replied: “Obviously.”

Russia argues that the U.N. aid operation violates Syria’s sovereignty and territorial integrity. It says more aid should be delivered from inside the country, raising opposition fears that food and other aid would fall under government control.

The United States, Britain and France said on Friday that a six-month extension is not long enough for aid groups to plan and operate effectively.

Western powers are also against funding broad reconstruction efforts until progress is made toward a political solution in Syria, where a crackdown by President Bashar al-Assad on pro-democracy protesters in 2011 led to civil war.

The Security Council vote on the authorization of the aid operation has long been a contentious issue, but this year also comes amid heightened tensions between Russia and Western powers over Moscow’s Feb. 24 invasion of Ukraine.

In 2014, the Security Council authorized humanitarian aid deliveries into opposition-held areas of Syria from Iraq, Jordan and two points in Turkey. But veto powers Russia and China have whittled that down to just one Turkish border point.

U.N. Secretary-General Antonio Guterres appealed to the council last month to extend its approval of the aid operation, telling the body: “We cannot give up on the people of Syria.”

Syria remains as big a problem for the world as Ukraine, spreading instability to Iraq, Jordan, Lebanon  and Turkey.  The four million strong Syrian refugee community in Turkey is widely detested, with the main opposition party CHP promising to send them back in two year.  The promise is not practical, unless Assad can be persuaded to power sharing allowing international observers to make sure refugees are not abused.  Syrian refugees have become such a hot political issue, their leading advocate and patron, President Erdogan, too, is now committed to sending them back “voluntarily”. His plan amounts to occupying more Syrian-Kurdish towns to start an ambitious resettlement and reconstruction program to house at least 1 million refugees.  He doesn’t seem to understand that sending back Syrian Arabs to Kurdish towns would constitute ethnic cleansing.