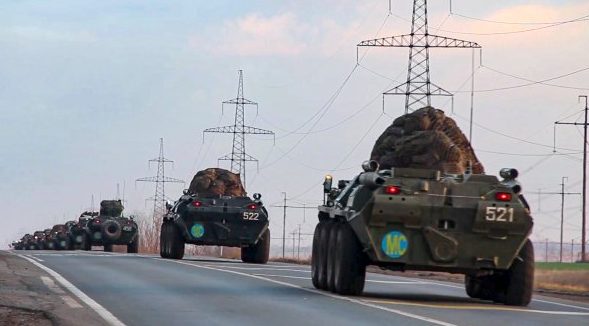 The Kremlin on Thursday called for restraint from both sides after Azerbaijan said its forces had crushed an Armenian attack near the disputed enclave of Nagorno-Karabakh.

The dispute over the region, a mountainous territory inside Azerbaijan controlled since the 1990s by ethnic Armenians, flared in 2020 into a six-week war in which Azeri troops regained swathes of territory.

Both sides accused each other of violating the terms of a Russia-brokered ceasefire on Wednesday, which prompted international calls for an end to the 30 years of fighting.

“We are watching very closely, we are naturally concerned about the situation worsening,” Kremlin spokesperson Dmitry Peskov told reporters. “We ask the parties for restraint and most importantly to implement all provisions of the trilateral documents.”

Armenia and Azerbaijan agreed to work on a peace plan after a ceasefire but the two sides periodically accuse each other of firing shells.

Peskov said there were currently no plans for President Vladimir Putin to speak to his Azeri counterpart Ilham Aliyev, but that any contact could be quickly arranged.