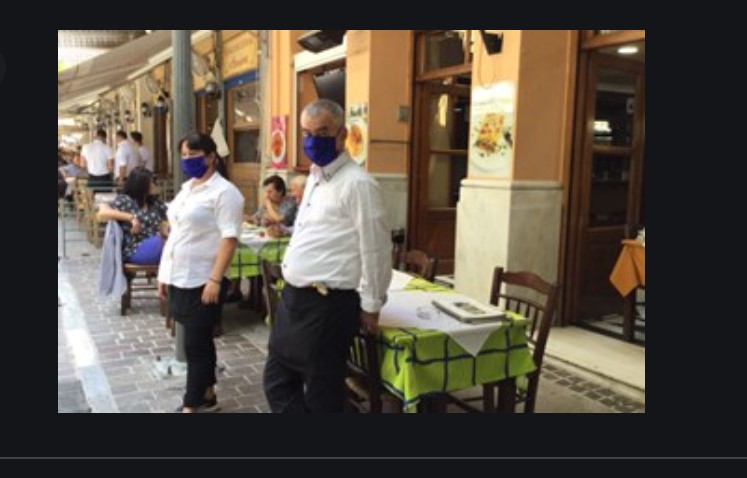 Amidst the confusion and loss of economic confidence caused by the swift slide of the Turkish Lira, Turkey’s citizens are also being attacked by a vicious Covid-19 and stand to lose additional benefits today, unless President Erdogan renews them.

With all eating establishment ordered shut for 30 days during the holly month of Ramadan, a news of layoffs and concealed insolvencies are feared.  A presidential edict last year banned bankruptcies during the epidemic.

When the COVID-19 pandemic hit Turkey last year, the government stepped in to support workers who lost their jobs.

At its peak, over 3 million people were receiving two-thirds of their lost salary under the so-called short labor pay scheme, and 1.3 million continue to do so.  With other supplemental income measures, an estimated 60 million low-income or unemployed persons had received some form of government assistance. However, currently Turkstat reports 10 mn unemployed and underemployed in the country. With 30% of the workforce not enrolled in the state pension system, poverty is rising rapidly, with food charities reporting malnutrition.

But the scheme is now ending as President Tayyip Erdogan starts easing COVID-19 restrictions, and many people are worried about how they will make ends meet.

With a ban on layoffs remaining in place, employers say hundreds of thousands of workers will have to be put on unpaid leave because businesses are still struggling.

“I did not buy clothes for a year. We are focused on paying our bills and supporting our daughter’s education,” said Nuray, a chef who has taken out a loan to support her family and tried to make extra money by selling jewellery online.

Like others, she declined to allow her full name to be used in this article for fear of repercussions from Turkish authorities or employers.

Without her current support, Nuray, 37, will be left with a daily income of just 47.7 lira ($5.67) under another government scheme.

“We will not be able to pay our bills with the unpaid leave support,” she said. “The uncertainty is impacting us psychologically.”

The services sector has taken a huge hit from the pandemic. More than 700,000 people in tourism, restaurants and hotels have lost work, said Pinar Kaynak of the Center for Social Policy Research at TOBB University of Economics and Technology.

The ban on layoffs has disguised the impact in terms of job losses, she said.

Official unemployment numbers fell to 12.2% in January, but Kaynak said there are some 2 million people who are categorized as employed but are currently not actively working, either on the short labor pay scheme or unpaid leave.

“These people will be falling under the broad unemployment description after the layoff ban expires,” she said.

It could take up to two years for the services sector to return to previous employment levels even if all businesses reopened, Kaynak said.

“We could observe a spike in unemployment in July and August with the lifting of the layoff ban … as these people could start actively looking for work,” she said.

Kaynak said the short labor pay should be extended beyond March 31 until at least the end of the year for the hardest-hit sectors.

Restaurants were allowed to reopen in early March as Turkey started easing coronavirus restrictions, but daily COVID-19 cases have soared closed to all-time highs since then, prompting Erdogan to restore a 48-hour lockdown at weekends.

Authorities hope Turkey’s relatively swift vaccination programme will help contain further surges. In the meantime, Erdogan has announced additional support for restaurants and their staff during the month of Ramadan, starting in two weeks.

The government says it will also direct funds from the short labor payments to support employment, covering social security payments for some private sector employees and effectively decreasing personnel expenses.

But some employers say those moves will not be sufficient.

Ramazan Bingol, head of a restaurant and tourism association, said businesses in the sector may have to furlough 300,000 employees just as the summer high season starts, unless the income support is extended.

“We are still closing down our restaurants due to the restrictions – at a time when we would be making most money,” Bingol said, adding that businesses had urged the government to extend the short labor pay scheme.