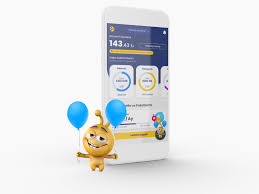 Telia Company confirmed its plan to sell its stake in Turkcell Holding for $530mn to the Turkish Wealth Fund. Telia owns a 47.1% stake in Turkcell Holding, which controls 51% of Turkcell. This structure gives Telia a 24% indirect stake in Turkcell and implies that the deal could be done at a 54% discount to Turkcell’s market capitalisation, on our estimates. We believe the potential transaction is positive for Turkcell’s investment case as it should end the multiple disputes between Telia and Cukurova Holding over control of Turkcell which historically has generated difficulties in corporate governance for the company.

We believe the potential transaction could resolve the ongoing dispute between Telia and Cukurova over the control for Turkcell, which has caused historical difficulties in terms of the corporate governance of the company including the inability to conduct several AGMs. The conflict started in 2005 after Telia’s attempt to acquire Cukurova’s share in Turkcell, which was sold to Letter One instead. Since 2005 the parties have had several arbitration disputes and we believe that the conflict has not been resolved.

We believe that Telia may give up fighting for control of Turkcell and that the Turkish Wealth Fund could be a peacemaker in this situation, which we believe should positively impact the value of Turkcell shares by reducing corporate governance risks.