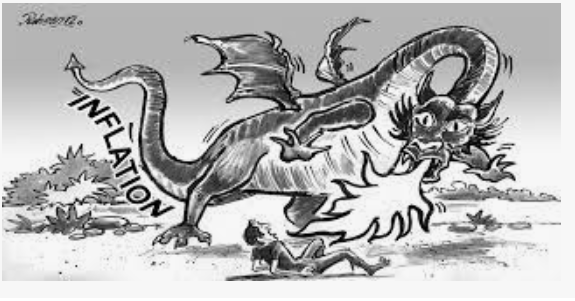 Inflation in Turkey rose for the 17th consecutive month in October, hitting 85.5% year-on-year as food and energy prices continued to climb, according to official figures.

Food prices were 99% higher than the same period last year, housing rose by 85% and transport was up 117%, the Turkish Statistical Institute reported Thursday.

The domestic producer price index shows a 157.69% increase annually and was up 7.83% on a monthly basis. The monthly rise in consumer prices was 3.54%.

The dramatic rise in living costs for the country of 85 million has continued unabated for nearly two years, in tandem with significant devaluation of Turkey’s currency, the lira, comments Natasha Turak of CNBC.com.  Meanwhile, both Erdogan and his economy czar Nurettin Nebati claim inflation will decline as of December.  The issue if of critical interest to 2023 elections, which will be held in May or June. Erdogan needs to enter the election with declining inflation to stand a chance against a six-party opposition alliance, which  is increasingly focusing its collective fire on economic mismanagement.

Controversially, Turkish President Recep Tayyip Erdogan refuses to raise interest rates, insisting that it would harm the economy. Economists and critics say his policies have continued to hurt the lira and push inflation up, fomenting a currency crisis.

Turkey’s central bank on Oct. 20 slashed its key interest rate by 150 basis points for the third consecutive month of cuts, from 12% to 10.5% — despite Turkish inflation at more than 83% at the time.

Erdogan says the cuts are pro-growth, and that they will continue. The president remains determined to get the country’s interest rate down to single digits by the end of this year.

“My biggest battle is against interest. My biggest enemy is interest. We lowered the interest rate to 12%,” the president said during an event in late September. “Is that enough? It is not enough. This needs to come down further.”

Turkey’s central bank “will remain under pressure from President Erdogan for looser policy,” Liam Peach, senior emerging markets economist at London-based Capital Economics, wrote in an analyst note after the data was released.

He added that “although the CBRT [Central Bank of the Republic of Turkey] said it will deliver one more 150bp interest rate cut at its meeting later this month, there is a risk of further easing beyond that, adding more downward pressure onto the lira.”

The lira was trading roughly flat on the day at 18.61 to the dollar. It’s lost more than 28% of its value against the greenback year-to-date and nearly 50% in the last full year.

PA Turkey columnist and economist Guldem Atabay pointed out core inflation trends hint at a 50% per annum CPI at around the time of elections. With the gap between CPI and PPI at its widest in 21st Century, Erdogan’s efforts to keep the economy running hot are very likely to CPI catching up to PPI.

All forecasts for 2023 inflation are based on a stable exchange rate, or very mild depreciation of the currency, which is another Erdogan prerogative going into elections, to appease voters. Yet, triple-digit rises in input prices coupled with a deepening stagnation in EU, Turkey’s top export market are almost certain to depress exports, which will widen the other Turkish economic malaise, namely unsustainably high current account deficits. Columnist and You Tuber Atilla Yesilada claims Turkey can’t survive the winter without another currency shock which   could trigger a double-digit depreciation of the currency, dynamiting  Erdogan’s hopes for re-election and economic growth in 1H2023.