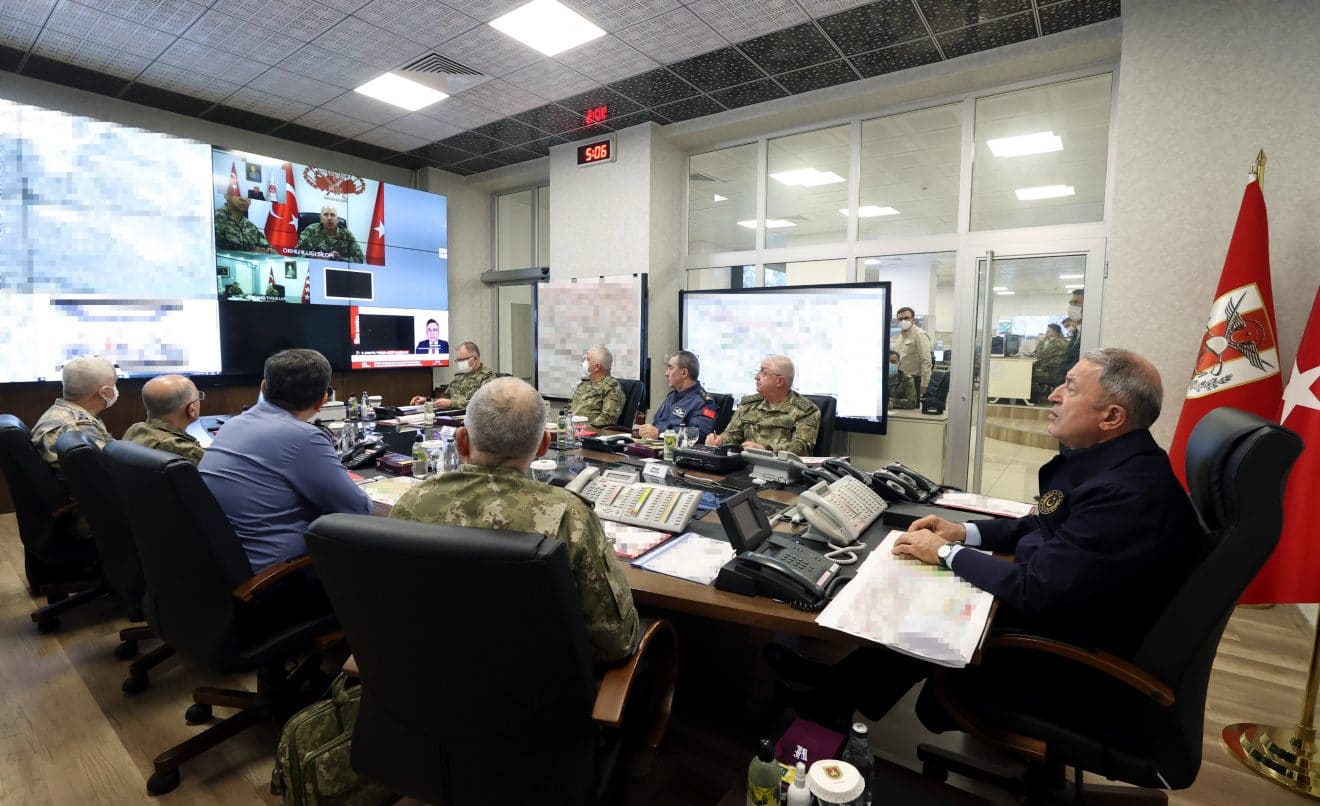 The Turkish Armed Forces launched a large-scale military operation against the outlawed Kurdistan Worker’s Party (PKK) camps in Iraq late at night on April 17. Minister of National Defense Hulusi Akar announced on the Ministry’s Twitter account in the morning of April 18 that “the targets detected in the first phase were captured” in the first hours of the operation code-named “Pençe-Kilit” (Claw-Lock). Minister Akar is leading the operation together with Chief of General Staff Yaşar Güler and land, sea and air force commanders.

First, the surprise/raid feature of the operation. During Ramadan, at midnight and the full moon shining in the sky, a military initiative of this scale may not be easy to predict. Apart from the ambitious remarks of Interior Minister Süleyman Soylu on April 16, as he said “We will save Iraq and Syria from the hands of America and Europe”, there has been no statement recently that would make the PKK to suspect such an operation. Another important detail from a military point of view is that Turkey started the Blue Homeland (Mavi Vatan) exercise on April 11-21, despite the Ukraine war, in the Black Sea, Aegean and Eastern Mediterranean with 122 ships and 41 aircraft.

Second, its international dimension. This does not only mean that the operation was carried out within the knowledge of the Iraqi government, which is often praised with the words “friend and brother”. The operation was launched at a time when the Ukrainian-Russian war was in full swing and the Western public attention was there. His prominence with his diplomatic efforts in the Ukraine Crisis softened the Western governments’ view of Turkey. The first indication of this in the military plan was the F-16 sales letter written by the US State Department to the Congress.

Gara, the operation and upcoming elections

Third, the operation is carried out in the same regions, one year after the Gara operation. 13 soldiers were martyred in the operation carried out to rescue the soldiers held captive by the PKK, and President Recep Tayyip Erdoğan described the operation as “Failed”. After the operation, Erdoğan send Akar and Soylu to give briefing to CHP leader Kemal Kılıçdaroğlu and İYİ Party leader Meral Akşener. It is understood that the operation, which started at midnight, was carried out completely under the control of the military, and Akar assumed the authority and responsibility.

Fourth, its impact on the upcoming elections. The PKK’s casualties through the YPG (People’s Defence Units), which the US uses as a ground force against ISIS in Syria, are estimated at around 20 thousand. In addition to the “Claw” series of operations carried out by the military in Iraq since May 2019, the PKK’s action capacity was weakened by the point strikes of the National Intelligence Organization (MIT) and the operations of the Internal Affairs with police and gendarmerie in Turkey. The tendency of the USA to support Turkey against Russia in Syria pushed the PKK to seek a “ceasefire” and “dialogue” with the AKP government again. The operation also aims to show the PKK that its force of action is weaker than it was in 2012 when a dialogue was started over imprisoned PKK leader Abdullah Öcalan.

Operation Claw-Lock has just begun; therefore, we need to see the results for definitive comments. However, it is already possible to predict the internal and external repercussions of the launch of this operation.

It can be predicted that the reactions from the outside will be overshadowed by Turkey’s stance, as it is currently carrying out its NATO duties and making efforts to end the Ukraine Crisis through dialogue. What is important for Turkey here is the continuation of its cooperation with the Baghdad government and the Kurdistan Regional Government in Erbil. It would be a surprise if the USA and the EU, which do not fight for Ukraine, make a move for the PKK, which is on their official terror lists, except for a few statements, even for the sake of ISIS.