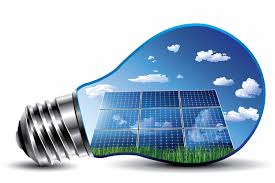 The Pomega Energy Storage factory in the capital Ankara will launch at the end of the year with 350MWh of production capacity eventually rising to 1GWh by Q1 2025, with an interim ramp-up set for Q2 2024.

It is being built on/in an existing factory acquired in the Polatlı Organized Industrial Zone and construction started at the end of 2021. It will produce LiFePO4, aka LFP, battery cells, packs, modules and containerised energy storage systems (ESS) on a zero-waste principle.

It will generate 40% of its electricity with rooftop solar as well as use a waste heat recovery plant and rain collection and re-use systems.

A delivery time of under two years for an LFP battery factory is certainly at the low end but others, like American Battery Factory, have announced similar project timelines.

Pomega’s parent company Kontrolmatic is an engineering company with a turnkey ESS solutions and has two existing factories operating in Ankara, making this move an example of vertical integration in the sector.

One of its factories in Kahzamankazan produces mobile energy solutions while a second, also in Polatlı, produces lithium-ion battery cells and ESS solutions. It says the new LFP factory will reduce dependence on foreign imports.

Istanbul-based Kontrolmatic set up its subsidiary Pomega in November last year. Kontrolmatic listed in 2020 and is mainly active in the development and integration of software, hardware and systems across a range of engineering solutions in energy, mining, industry and transportation.

One of its main competitors is Inovat, part of larger holding company Tetico, whose Ankara factory can assemble 200 energy storage system enclosures a year, though it has not yet announced plans to build any new battery factories.

The energy storage market in Turkey is set to grow substantially in the coming years as 2GW of wind and solar come online each year, according to a interview Energy-storage.news recently did with Can Tokcan, managing partner at Turkish energy storage EPC Inovat.