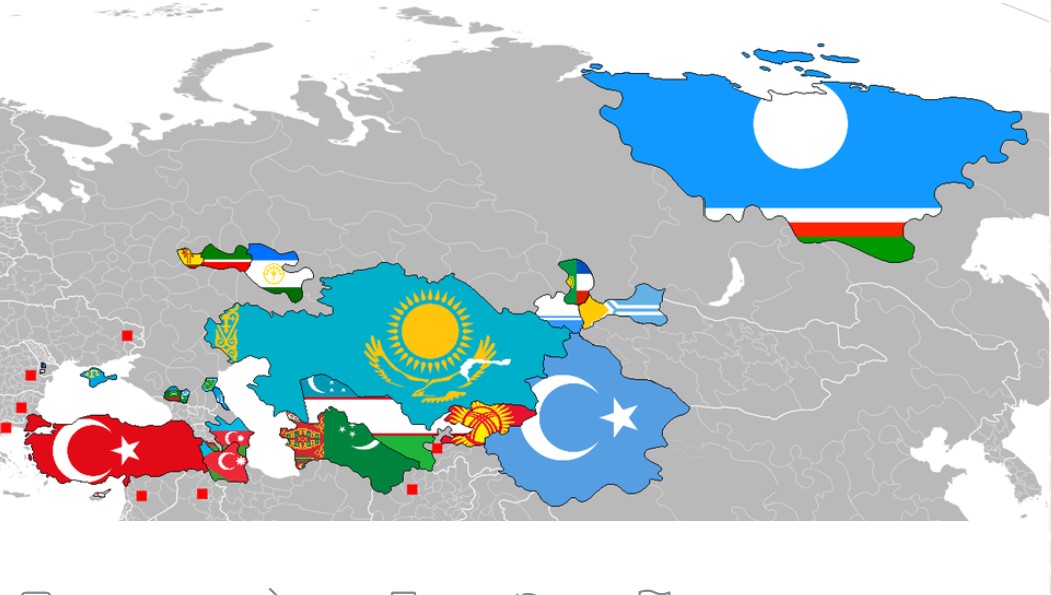 Turkey is poised to become an increasingly influential Eurasian power as Russia faces mounting international pressure and domestic turmoil. Ankara will gain new allies in the North and South Caucasus and Central Asia and among numerous Turkic-speaking people trapped in the Russian Federation. They will come to see Turkey as their most important political, economic, and security link.

Moscow’s plans to dominate Eurasia are failing. The Eurasian Economic Union, a pale imitation of the European Union, brings few material benefits, while the Kremlin-dominated Collective Security Treaty Organization, a supposed counterpart to NATO, is incapable of defending its own members in Central Asia and the Caucasus and is viewed as a cover for Russian dominance.

Turkey vs Greece: War in the Aegean?

As Moscow’s influence recedes in the midst of a failing war in Ukraine and increasingly onerous international sanctions, Turkey is filling the vacuum. Ankara has promoted the Cooperation Council of Turkic-Speaking States (Turkic Council), headquartered in Istanbul that initially included Azerbaijan, Kazakhstan, Kyrgyzstan, Turkey, and Uzbekistan. At its eighth summit in November 2021, it was renamed as the Organization of Turkish States, and even neutral Turkmenistan joined in September 2022.

The Azerbaijan-Armenia war in the summer of 2020 proved strategically beneficial for Ankara and raised its influence among Turkic-speaking people. The “Susha Declaration,” signed by Turkish President Recep Tayyip Erdogan and Azerbaijani President Ilham Aliyev in June 2021, affirmed Ankara’s role as a guarantor of Azerbaijan’s borders, pledged mutual assistance in the event of an attack by a third country, and raised the prospect of establishing Turkish military bases in Azerbaijan.

Such initiatives have deepened the consternation in Moscow that Turkey is becoming more ambitious in promoting the “Turkic World.” Kremlin officials have condemned Turkey as a NATO wedge in Moscow’s zone of influence and contend that Ankara is not only seeking to establish a union of Turkic states but also an association of Turkic nations, including those inside the Russian Federation that will increasingly seek outside patrons and partners.

Ukraine Counter-Attack Will Have Daunting Consequences for Turkey

There are dozens of Turkic-speaking nations and republics within Moscow’s imperial borders as well as non-Turkic Muslim-majority nations that will seek protection as Russia’s crisis deepens. They include several republics in the North Caucasus and Middle Volga that view Turkey as a cultural and economic magnet, as well as the Turkic-speaking republics of Sakha, Tuva, and Altai. Volga Tatars, the second-largest ethnic group in Russia, primarily belong to the Sunni Hanafi branch of Islam, similar to Turks, and express positive attitudes toward Turkey.

Turkey itself is home to about 2 million descendants of North Caucasus emigres, most of whom fled the Tsarist conquests and genocides in the 19th century or more recent persecutions. They include Circassians and Chechens who will campaign for independent states as Russia weakens. Ankara will be unable to avoid the repercussions of Russia’s upheaval and must work to ensure a measure of stability among its kindred nations and co-religionists.

The unfolding strategic realignment in Eurasia provides a valuable opportunity for Washington to reengage with Turkey by recognizing its pivotal regional role and its historical, ethnic, linguistic, and religious ties throughout Central Asia and the Russian Federation. The U.S. can help Ankara pursue constructive policies to ensure the independence and stability of Turkic-speaking and Muslim-majority nations as they emerge from Moscow’s control.

Janusz Bugajski is a senior fellow at the Jamestown Foundation in Washington, D.C. His new book, Failed State: A Guide to Russia’s Rupture, has just been published.