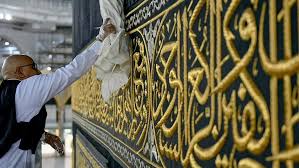 President Hassan Rouhani said on Saturday that some 25 million Iranians may have been infected with coronavirus, as Iran reimposed restrictions in the capital and elsewhere.   The epidemic could spell the death knell of the Persian nation, also under siege – economically—by low energy prices and excruciating US sanctions.  Cases in MENA are also rapidly rising, despite earlier success to combat the first wave.  Turkey which has substantial tourism, trade and contracting business with these nations will feel the spillover, as regional trade withers under falling income and shelter at home restrictions.

The figure, from a report Rouhani cited in a televised speech, was far higher than Saturday’s official figure for infections of 271,606, and corresponds to more than 30% of Iran’s 80 million population.

Rouhani’s office said the number of infections was based on an “estimated scenario” from a health ministry research report.

Iran has been the Middle East country hardest hit by the COVID-19 pandemic, with infections and deaths rising sharply since restrictions were eased, beginning in mid-April.

“Our estimate is that so far 25 million Iranians have been infected with this virus and about 14,000 have lost their lives,” Rouhani said.

He added that “there is the possibility that between 30 and 35 million more people will be at risk”, but did not elaborate on what he meant.

More than 200,000 people have been hospitalised, he said, adding the ministry expected that another 200,000 might need hospital treatment in the coming months.

An official at the government’s coronavirus task force said the 25 million people mentioned by Rouhani were “mildly affected patients who … did not need to seek medical advice”, the semi-official news agency ISNA reported.

From Sunday, 22 cities and towns in the southwestern Khuzestan province will be under a three-day lockdown, the province’s governorate announced on Saturday.

That will include Behbahan, where police on Thursday fired tear gas into a crowd protesting over economic hardships.

In Iraq, the pandemic has exposed gaps in a medical infrastructure decimated by decades of sanctions, war and corruption.

“I am very afraid about the possibility of transmission of the virus to my family and to other people … because I am sure that it is difficult to control the viral outbreak in Iraq due to lack of simplest protective measures, due to the government default,” he told CNN.

“It is the responsibility of the Ministry of health and the Babylon Health Directorate to do what they could but they cannot do everything due to political corruption,” he said. Iraq has repeatedly said it is trying to crack down on corruption.

At Iraq’s largest cemetery in Najaf, graveyard workers say they’re receiving up to 80 bodies a day.

Saudi Arabia has seen a big spike in cases since June, despite launching some of the earliest and most aggressive measures to stop the spread.

It has reported over 240,000 cases and more than 2,300 fatalities — a much lower death rate than Iran. According to Brennan, ramped up testing in the kingdom contributed to its rise in reported cases.

The oil exporting giant is also the destination of Islam’s most important pilgrimage, the Hajj, forcing the kingdom to curb religious rituals. It canceled what is known as the “smaller pilgrimage” — Umrah — early in the outbreak.

It is hosting Hajj this year with limited numbers: It normally hosts 2 million pilgrims, but this year only 1,000, exclusively domestic, Muslims will attend.

Almost every day, the Egyptian Medical Syndicate publishes photos of dead health care workers with the words, “May God have mercy on their soul” in Arabic. Health care workers describe the situation as desperate, and complain of a shortage of protective equipment.

At least 117 frontline workers have died from the virus and more than 400 have tested positive since the outbreak began in Egypt in mid-February, according to the doctors’ group. But Amnesty International says the number could be much higher.

In some countries, coronavirus is complicated by conflict

Yemen, Syria and Libya all effectively have multiple governments, all of whom are cash-strapped. In Yemen, the effects of Covid-19 have brought the healthcare system to the brink of collapse. In Syria and Libya, the hodgepodge of political forces has created logistical challenges for the supply of PPE, test-kits and ventilators.

Syria’s rebel-held Idlib, battered by years of war, also saw its first recorded cases of the virus in the past several weeks.

“Aid workers have feared the appearance of coronavirus in northwest Syria for months,” said Kieren Barnes, Mercy Corps Country Director for Syria, said in a statement last week. “The millions who live in this region are often residing in close quarters, may not have enough clean water for drinking and handwashing, and frequently lack the necessary resources to protect themselves.”

In crisis-ridden Lebanon, Covid-19 cases are on the rise months after a relatively successful government-imposed lockdown. Prominent health professionals warn of hospitals’ limited capabilities to field large numbers of infectious cases as the health sector grapples with major cash shortages and power cuts.