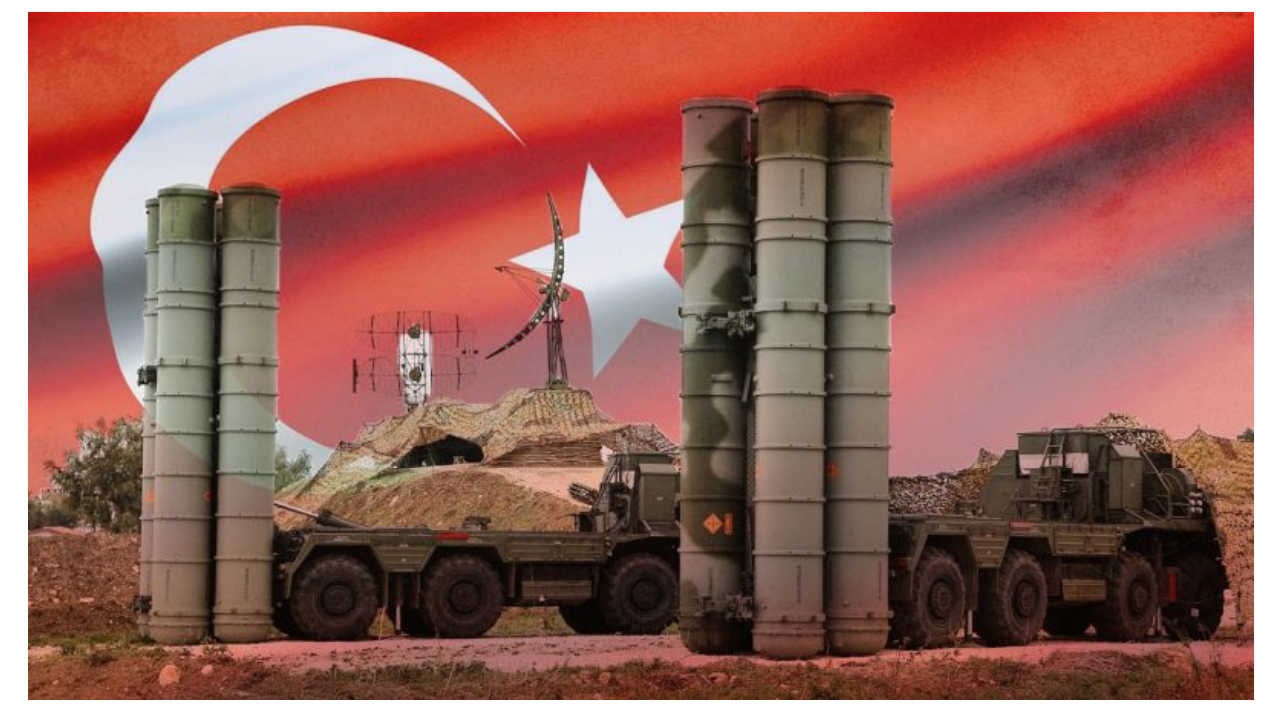 Last month, Russia’s head of military cooperation Dmitry Shugayev claimed that Turkey has signed a new deal to get a second batch of S-400 missile defense systems from Moscow.

The announcement itself stirred a short-lived debate, with the Turkish stock exchange taking a hit due to the concern that more US sanctions on the possible procurement might be on the way. However a senior Turkish official quickly denied in a statement to the media that a new agreement was signed with Russia, and the world moved on.

“So, what actually happened?” ask experienced Turkey specialist Ragip Soylu  in article penned for breakingdefense.com.  His conclusion is testament to Erdogan’s high-wire act to balance Russia and the US.  Further rumors of new weapons purchases from Russia could force the US Congress to slap new CAATSA sanctions on Turkey, as well  as a veto to Biden’s recommendation to sell the country a new fleet of F16 jetfighters and upgrade kits.  On the other hand, Putin’s decision to fund Erdogan’s 2023 election campaign may depend on new weapons purchases, among other pre-conditions.

“It is no coincidence that Russians brought up the second batch of S-400s as a Turkish military delegation was visiting Washington to discuss F-16 purchases that day,” a senior Turkish official told Breaking Defense. “Russians like to stir the waters.”

Indeed, the original S-400 deal signed between Turkey and Russia in 2017 included two batches of the systems, on condition that Moscow could facilitate a tech transfer and allow Turkish firms to locally produce some of the components. However, Ankara hasn’t been satisfied by the Russian proposal on those terms since at least last year. “They are a bit light,” another Turkish official said.

And whenever Turkish President Recep Tayyip Erdogan asked about a second batch, he always says “it is a done deal” and Turkey would “of course” get them. Yet the deal still hasn’t progressed.

Sources speaking to Breaking Defense paint a different picture. They say Erdogan wants to maintain the balance between Russia and the West and is trying to publicly placate Russia. A person familiar with the government’s thinking said it wasn’t very likely for Ankara to make a second purchase while the country goes through an economic crisis. “Currently no one wants to bring up that issue as Russian invasion in Ukraine is underway and everyone is really jittery about everything involving Moscow,” the person said. “However it is a subject both sides regularly discuss in high level meetings.”

Other Turkish officials are also mindful that a new deal on S-400s can quickly kill Turkey’s acquisition request for 40 F-16 fighters and nearly 80 modernization kits, something crucial for the defense of the country, which has an aging fleet of fighter jets. (Taking in the first S-400 system is what caused Turkey’s ejection from the F-35 joint strike fighter program.) The acquisition of the F-16 is already on shaky ground, with key members of the US Congress saying they will continue to block it, and officials are leery for throwing more wood onto the fire of opposition to the deal.

American officials, meanwhile, have been straightforward to their Turkish counterparts that a new batch of S-400s would trigger heavier sections under CAATSA legislation compared to the existing ones, which are mainly against the Turkish Presidency of Defense Industries, Ankara’s procurement body. The legislation includes penalties that can deny international loans to the Turkish government, which could be quickly employed by the Biden administration.

The capabilities of the S-400s are also subjected to debate due to Russia’s low performance in Ukraine. A Turkish source said S-400s were proven effective during the tests in late 2020 but their precision might differ for low flying and small targets.

That’s why Turkey is still pushing to become part of the French and Italian air defense system initiative known as SAMP-T. Various sources told Breaking Defense that the negotiations continue slowly due to Italian concerns that technology transfer to Turkey during the production could face risk of industrial espionage.

And yet, Ankara insiders say despite all the potential risks, Erdogan may always cut a deal with Putin for a new batch if he feels he would get something tangible in return.

“No one can definitely say that Turkey wouldn’t buy the second batch,” one Ankara insider said. “But for now, it isn’t on the agenda.”