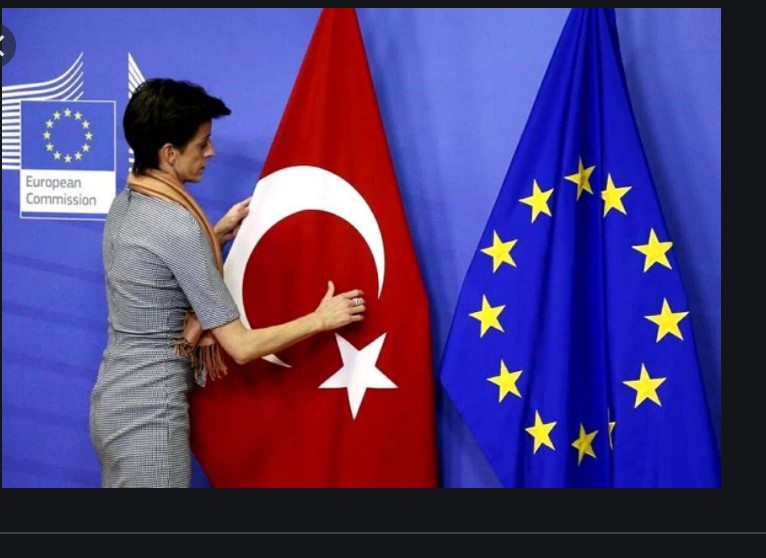 Nicosia is unhappy with Brussels following a positive EU agenda for Turkey, as President Nicos Anastasiades argues that Turkish threats do not warrant such an approach.

Anastasiades told reporters Thursday that ongoing efforts by Turkey to settle fenced-off Varosha and its two-state proposal for Cyprus flagrantly violates UN resolutions and do not constitute positive behaviour.

“I consider it inconceivable to consent to a positive agenda that would include modernisation of the Customs Union and the no visa requirement for Turkish citizens or all other things which Turkey is pursuing.”

In an interview with Euronews earlier this week, Anastasiades said he was willing to veto the EU pursuing a positive agenda with Turkey.

Anastasiades said it would be “political suicide” if the country “accepted a positive agenda without Cyprus included”.

Turkey does not recognise Cyprus and has no diplomatic relations with the EU member state.

He argued the move “contradicts” the position of the European Union on Turkey and President Erdogan.

And the EU’s approach towards Turkey must consider its attitude towards Cyprus, where the United Nations is seeking to resume stalled reunification talks, Anastasiades told Euronews on Tuesday.

“Definitely, yes,” Anastasiades said when asked whether he was prepared to veto the EU’s decision, taken at a European Council meeting in December.

“A positive agenda is adopted when there is positive behaviour,” he said.

“When on the contrary, one challenge comes after another, you realise that it would be political suicide if, with my knowledge, I accept a positive agenda that would not include Cyprus. I have no choice.”

The European Council of political leaders of the bloc’s 27 states is scheduled to meet on June 24-25.

It agreed in December the EU’s proposed agenda with Turkey would depend on it showing readiness to promote a genuine partnership with the bloc and its member states and resolve differences through dialogue and under international law.

Anastasiades pointed to Turkey illegally drilling for natural gas around Cyprus and Greece.

At the UN-arranged Geneva summit, Turkey said any negotiations must be based on recognising the breakaway north as an equal, legitimate state.

“That’s something that is unthinkable for the international community as it contradicts all UN resolutions without exception as far as the Cyprus issue is concerned.

“It also contradicts the position of the European Union,” Anastasiades said.

“If Mr Erdogan or Turkey insists that any negotiations to find a solution to the Cyprus problem should start only under the condition that a sovereign Turkish Cypriot state is recognised, you realise that we won’t go anywhere.

“In essence, what they are seeking is either the annexation of the northern part of the island or the creation of a puppet state which would be a province of Turkey and its independence would be determined by the degree of Turkish control.”